Akobundu: We Have Restored Confidence in the PDP 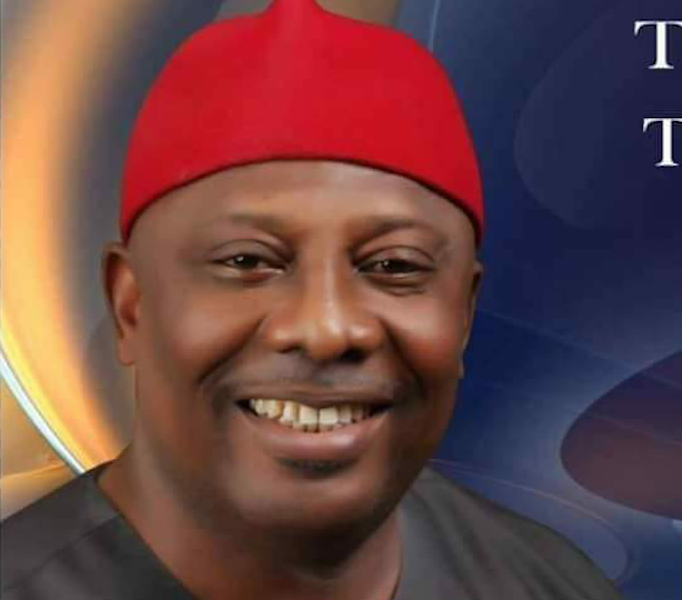 The former National Organising Secretary of the Peoples Democratic Party (PDP), Col Austin Akobundu (rtd.) in this interview, highlights innovations in the party, how to avoid litigations arising from primary elections; and his optimism that PDP will form the next government at the centre come 2023

During the valedictory session, you received a lot of ovation. Why do you think members of the party gave you such honour?

I think we had the ovation about three times during my valedictory speech. I believe the reaction of the audience could be traceable to what the party was before we came and what we have now.

If you recall, the party went through lots of trauma and dislocations flowing from the loss of the 2015 elections. When we took over, we were not given a chance. People did not believe that we had the capacity to resuscitate a party that was more or less on life support, but at the end we came out successful.

From my training, I already had a clear vision of what I wanted to do, realizing that my directorate was central to nearly all the activities of the party, operationally. We needed to restore confidence in the processes of the party by reversing all the vices of the past and that clearly included the issue of corruption.

Hitherto, the directorate used to be the hub of corruption where anything was possible. People could win in the field and the loser will come to Wadata Plaza and change results. So, the key thing I did was to summon the full political will against those vices. That reversed the trend and retuned confidence in our processes.

In the last four years we witnessed a drastic reduction in post congress litigations and disagreement. How was this achieved?

One of the things we did was to address the credibility of the ballot paper. In the past, ballot papers were so ordinary and that gave room for manipulations. We introduced customized ballot papers with pictures of aspirants. We also kept the papers discreet until congresses so that the chances of forging them were completely eliminated.

Regarding our congresses, before now, the main committee stayed in a place while the state excos were allowed to pick officers to go to the senatorial zones, local government and wards to conduct the primaries. We changed that; apart from the main committee, we set up electoral committees to go to the wards, local government and senatorial zones to conduct the congresses transparently. We also had the customized congress result sheets with specific security features.

We also introduced customized delegates accreditation processes with photograph tags for delegates. We ensured that only genuine delegates participated in our processes. We also deployed technology by embedding QR codes on the identifiable delegate tags.

With these innovations, we wholesomely returned the powers of delegates to decide who they want as the candidate for any election. We eliminated the practice of the past where some party leaders can come to Wadata Plaza and change names. We achieved transparency and restored confidence in our system.

The result of such was an upsurge of returnees and new entrants into our party. We got governors back, we got legislators including the leadership of the two chambers of the National Assembly. I believe that the ovation at the valedictory was an acknowledgement of our modest efforts in repositioning the party.

Your office also successfully commenced the e-registration of party members. What is the import of that to the party?

E-registration had been on the card before we came. Various attempts were made by past working committees but for some reasons it did not work. So, when we came, I sent a memo to the working committee to re-start the process considering its various advantages. So, we got NEC’s approval and Governor Godwin Obaseki of Edo state was appointed Chairman, Governor Ahmadu Fintiri of Adamawa state as his deputy and since it was an operation that was domiciled in my directorate, I became the secretary.

We rallied party members, appointed technical persons in states and launched the process. We ran the pilot schemes in Edo and it was hugely successful. We have the online version and the website is www.iampdp.com. It is “do it yourself”. We have the mobile app as well as the desktop, that is the offline system in the secretariat where people come and register. Let me add that everything about the e-registration is domiciled in the wards. Today the PDP is the only political party with the record of its full membership.

You successfully organized two major conventions at the times people thought the PDP would implode; the 2018 Port Harcourt convention and the 2021 Abuja Elective Convention. How did you achieve these feat?

The success of the two conventions was a product of our insistence on transparency and credibility of all the processes. For the Port Harcourt Convention, the choice of the officers that managed the event was to the credit of our NWC and specifically my office. I personally nominated Governor Ifeanyi Okowa of Delta state to head the committee having worked with him in Ekiti where he conducted the governorship primary. That was when our party members saw transparency in action and recorded us well as a working committee that was ready to change the party for the better. We were single-minded and stuck to the rules. These were the benefits we took to the Port Harcourt convention.

However, long before the time, we had already earned the confidence of the presidential aspirants in Abuja when we updated the delegates list. It was at Hilton. We displayed the list to all the Presidential aspirants. When we got to Port Harcourt, we also had another round of updating on the eve of the convention. After that we had a very transparent voting, counting and collation process and the final announcement of results.

The Abuja convention was an improvement of what we did in Port Harcourt. Governor Fintiri was Chairman of the organizing committee, Gov. Douye Diri of Bayelsa state was Vice Chairman, while Gov. Seyi Makinde of Oyo was Secretary. We fully introduced technology for enhanced credibility of the processes. As National Organizing Secretary, I had one mission and that was to continuously improve on the processes of the party. Hard decisions were taken and we recorded a lot of success.

Let me stress that key to the success of the two conventions was the cooperation we had from our governors. As leaders of the party, they saw the honesty and sincerity of purpose on our part and they gave their full support.

At the valedictory, you sounded so confident that the PDP will win the 2023 elections. What gives you such confidence?

Look at the country today and tell me what the APC has to offer. Look at the last election, did we not win? Things have gone so bad in the country and Nigerians are fed up with the APC. Besides the maladministration of the APC, our party is engaging and reengaging to ensure that we get it right and it is clear that Nigerians are with us. So clearly, the PDP will win. We are already working on strategies to ensure that our votes count.

The APC appears to be fighting to gain stronger foothold in Abia. Does the PDP stand the chance of retaining power in Abia?

My straight answer is yes. Abia is PDP and we will win the coming election at all levels. APC is just justling for space.

With the end of your successful tenure as National Organizing Secretary of the PDP, what is next for Col. Austin Akobundu, (rtd.)?

As a loyal party man, I will continue to work with and for my party. Whether I have a political aspiration; yes, I have. What is it for now? I need to rest, take a deep breath and continue with my consultation. But above all, I will seek the face of God to show me where to follow and as a party man I also will look at what the party wants to do in terms of contestable positions and key into that.

We eliminated the practice of the past where some party leaders can come to Wadata Plaza and change names. We achieved transparency and restored confidence in our system. The result of such was an upsurge of returnees and new entrants into our party. We got governors back, we got legislators including the leadership of the two chambers of the National Assembly. I believe that the ovation at the valedictory was an acknowledgement of our modest efforts in repositioning the party

Osaghae: NIIA Does not Take Federalism at its Face Value

UN: In 2022, World Needs to Be Resolute about Recovery

Banditry Has Transformed into Insurgency, Time to Eliminate Them, Masari Warns