Sani Musa, the Man Who Wants to Re-engineer APC 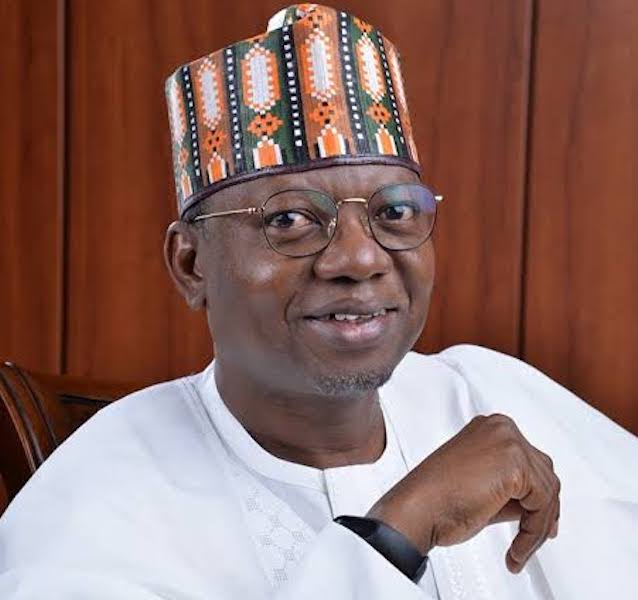 One of the hottest political contest to which attention is currently directed is the race for the composition of the All Progressives Congress (APC) national executive. After many postponement, a tentative period of next February has been announced. But no date has been fixed yet, leaving room for wild guess.

Not minding the open date, contenders for various offices, particularly the office of the National Chairman, have since been revving their political engine, while engaged in various aspects of campaign to position themselves as the best choice for the APC elite set.

Although critics doubt the sincerity of Governor Mai Mala Buni, Chairman of the APC Caretaker and Extraordinary Convention Planning Committee, Senator Sani Musa representing Niger East in the National Assembly believes there is no reason to be anxious. ” I believe we are ready and we are going to have a hitch free convention that other parties will even emulate. So far, I believe that all the indications for the conduct of the National convention of our party are positive. As you’re aware, the Chairman of the Progressives Governors Forum and Governor of Kebbi State, Alhaji Atiku Bagudu had earlier disclosed after his meeting with President Muhammadu Buhari at the State House that the convention will hold in February 2022.

This is enough time for the States that are yet to hold their congresses at the State level to do so. The APC reconciliation committee is also working round the clock going from state to state to find solutions to all grievances either before or after the congress. So I am optimistic that we are on the right course, and the convention will be a success come February 2022.”

Musa’s interest in the leadership of the APC is a surprise to many who think he is brilliant legislator and should continue to make his contribution to nation building at that level of participation. His response may not be satisfactory to all, but he is convinced that the APC national chairmanship is where he needs to be next in his political career. “The desire to be for everyone is one of the cardinal reasons that sees me aspiring for the head of the All Progressives Congress.

Before I was elected a Senator, I have worked in the public and private sector. I have been a leader in the APC since 2014 and served as a member of the National Executive Committee (NEC) from 2019 to date. If you look at the antecedents, you will notice the consistency. As a serving Senator of the Federal Republic of Nigeria, representing the good people of Niger east Senatorial District and Chairman Committee on Senate Services. I have served my people well as a first term Senator, and it has been an amazing experience.

So my interest in the chairmanship of our great party, the APC is another call to national service just like my current position as a Senator of the Federal Republic. You must bear in mind that as a Chairman of the APC I can leverage on my experience here in the Senate to push the manifesto of the party to the National Assembly more efficiently. It will also give me vantage position to deliver reconciliatory leadership which the party needs now to navigate out of its present challenges.

And my leadership of the party will reinforce our commitment to keep the towering legacy and leadership of our amiable President Muhammadu Buhari GCFR, whom has given our party an ideology and presence in the international community, his democratic ideals and work within the sub-region and Africa, fight against corruption and his efforts at providing security. Hence the need to have a leader that will continue to give full support and attention to such progressive efforts. There’s going to be a continuation and all of my efforts will be directed to support the deepening of democracy in Nigeria. It is a necessary sacrifice I must make to build our party in particular and the nation in general.”

Trying to interrogate Musa’s support base brings out the fighter in him. “It’s been overwhelming, ” he said of the myltiplying numbers that sign up for his aspiration everyday. Deep in his heart, he believes he is the party’s best choice.

” Across the leadership of the party at the State level, down to the grassroots and back to the Federal level, those who are sincere will tell you I am the candidate to beat. Even my opponents know in the recesses of their hearts that I am a better candidate based on my pedigree, my contribution to the party and my sincere commitment to ensure the stability and success of the party.”

Comfortable with the thought that he will defeat other contestants, Musa is convinced delegates to the APC national convention will be looking for the qualities of a good leader to influence their choice. ” When you’re able to develop strong leadership attributes, you’re positioned to inspire your entire organization, team or country. Right from the inception of our campaign, we have always been reaching out to party leaders and members at every level. I will surely triumph even in a highly contested election.”

Everytime he has the opportunity, Musa talks about the reforms he hopes to bring to the APC when he becomes national chairman. “If given the opportunity to lead the party I will completely re-engineer the internal structures and workings of the party. I will be adaptive to participatory and affiliative work style that will usher visionary and pacesetting leadership for the party. my reform agenda for the party is expressed in what I call the three Rs for success, that is, Reconciliation, Reorganisation and Redirection.

We need to immediately reconcile aggrieved members of the party on a sustainable basis. We need to reorganize the party in such a manner that it is able to effectively mobilise all segments of the country from youths to women groups for elections. And thirdly we must redirect our efforts towards winning elections and nation building and not wrangling. We’ll run an inclusive leadership that is devoid of the habitual grain of the entrenched political culture of dynastic politics, sectionalism, favouritism, money politics, parasitism on the public pay roll, cronyism and patronage. We’ll run a party that will preserve the legacy of our founding fathers to build a strong country that is more tolerant, more prosperous and fairer by giving every member of the party equal opportunity.”

Talking about the threat that the main opposition party, Peoples Democratic Party (PDP) may pose to the APC in the 2023 national elections, Musa sounded dismissive. The PDP, he contended is a shadow of its former self and remains a toothless bulldog.

Regardless of the fact that the PDP has concluded what was widely applauded as a successful and rancour free national convention, Musa said the main party “cannot even offer credible stiff opposition which is expected of it under the present circumstances of our democracy. Since PDP was defeated at 2015 general elections it has not recovered from the shock of the defeat and it is obvious in all that the umbrella does at the moment. They are now going about with a very scandalous mantra to “ rescue and rebuild “ Nigeria.

I would have said the mantra itself is ludicrous but I would rather say it is embarrassing. Embarrassing because how can a party like PDP forget about its atrocities so fast? In less than eight years of President Muhammadu Buhari, the APC has transformed the country into an infrastructural hub with critical infrastructures in every part of Nigeria. The moribund rail sector has been resuscitated; our airports are now world standard, roads are being rehabilitated, social investment programmes permeating every home and individual in Nigeria and even with the intractable security situation, supports are given to our gallant security forces. All these put together makes the party the court bride every day.

Nigerian economy was not only going to cripple under PDP they did everything possible to undermine democracy especially free and fair elections. Today, PDP is gaining from the free and fair electoral process entrenched by the APC and has the audacity to promote that insensitive mantra to “rescue and rebuild.”

Unperturbed by multiple crises that the party is engulfed in many states, Musa believes that once he emerges as the chairman of the APC, his reform agenda will address most of these challenges and reposition the party for the better.

“Diisputes,” he argued, “are indispensable in democracy because democracy allows for different shades of opinions. This in itself is not a disadvantage because it allows people to learn from such disputes and even matters that end up in courts afford the judiciary the opportunity to expound and develop the law regarding issues in dispute which serve as precedents for the future. So I don’t see how disputes will affect the convention..”

Understanding the Metaphors, Language and Ideals of Senator Marafa

2023 presidency: Tinubu gets jeered after declaring himself a youth