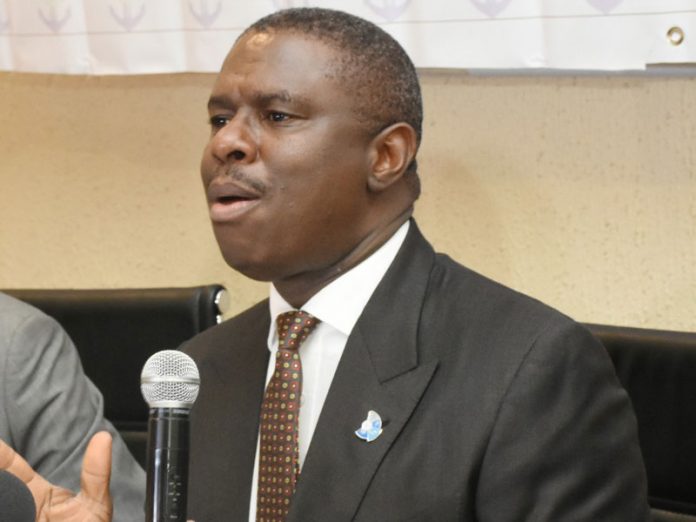 A former governorship aspirant in Rivers State, Dr. Dakuku Peterside, has described Rivers State Governor, Nysome Wike, as lacking in the import of having a state budget and how it works in triggering development.

Dr. Peterside stated this in his reaction yesterday to Governor Wike’s response to an interview he granted recently, saying that the governor “muddled up serious issues of statecraft.

“Wike’s main argument is that I said the budget of a state or an organisation is indicative of the aspiration and performance of the economy. He wondered how a doctorate degree holder can say such a thing. First is to admit I said so. Let me repeat it, that the budget of a Local Government, State or Nation is the most important document year on year and it encapsulates the hopes and dreams of the people. It reflects the capacity, imaginative thinking, ambition and direction of the government. I would not bother to dignify Wike with a reply but will set the record straight for posterity sake.

“A budget is an expression of the economic history and aspirations of any organisation, including a state. It is painful to school the Governor of a state, let alone Rivers State, about the basic import of the financial estimates of public economic activities; that, like the world over, public income and expenditure estimates are the bedrock of economic activities. He may like to know that the revenue estimates are an indication of the size and health of the private sector as captured in taxation; that the expenditure estimates and history are an indication of the growth trend and developmental trajectory of a state or nation.”

Peterside said from the content of a statement the government issued shortly after his interview “we can now confirm that Wike does not know what he claims to be doing in the government house. No wonder there are ‘seven’ bridges that solve nothing on the same road in nearly seven years of clear ignorance and mismanagement.

“If the state’s income and expenditure pattern is not the core indicator of your economic life, Wike should come and tell us what then is. It is noteworthy that in his confessions of ignorance about the import of the budget, Wike did not offer one reason why the budget is not an indication of economic health as I asserted.

“Budgets, as I stated in my interview, are supposed to be a reflection of the government’s economic, social and policy direction and that from what I have seen and read Wike is taking Rivers State nowhere.

“We now know why things are so deplorable in Rivers State after trillions of Naira expensed over the nearly seven inglorious years of Wike so far. Rivers people should note that, at least, Wike has confirmed he does not know why (and how) his government prepares her budget and its impact on the Rivers economy. Now we know why the State has been rudderless because it has been in the hands of a confessed economic novice like Wike. We can now understand why private investment is completely absent or is sparing. It is because public investment unplanned, not targeted, and uncoordinated, and that growth is impossible in such a “boys-o-yeah” or “breast pocket” approach to public policy.

“Though painful, we take solace in the knowledge that this ill-wind shall soon pass for good and we can restart the growth and development of our state through appropriate budgeting.

I am happy Governor Wike agreed that it has been six years of no real governance in Rivers State. Since he did not challenge this assertion, I will not bother as my position was so clearly stated in the interview under reference. He made reference to courts being shut down for almost two years. You can now see how an accidental Governor addresses serious matters of statecraft. On the development of Opobo Road, Peterside said Governor Wike “also talked about the road to my hometown of Opobo which he played less than five per cent role in the completion as an indicator of good governance.”

Directors of Nestle Nigeria, FBN Holdings, Others Transact N32.4bn Worth of Stocks in 2021