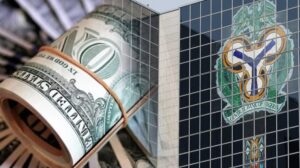 The nation’s external reserves fell by $440m in two weeks from $41.15bn at the start of this month, figures obtained from the Central Bank of Nigeria revealed on Friday.

The CBN data showed that the reserves, which had gained $5bn in October, returned to a downward path in November.

During the Bankers’ Committee Retreat in Lagos recently, the Governor, Central Bank of Nigeria, Godwin Emefiele, stressed the need to boost local production and exports.

He said, “We also took on the issue of export aggressively; we took on issues that are impeding the ease of export in Nigeria. We listened to some exporters who lamented the problems they go through in conducting their export activities.

“The Bankers’ Committee is saying that one way that we can deepen FX revenue in the country is for us to encourage and aggressively support exporters. It is not just about providing them with finance which we are committed to, but also the fact that we should do everything possible and the CBN is engaging the various agencies of government to see what we can do to make it easy for people to conduct their export activities.”

“We must create jobs for our people and not export jobs to other countries. We have the human, raw materials and other resources. We want to seize the opportunity of ‘100 for 100’ projects to really grow our economy, develop our manufacturing base for our own local consumption and, after that, begin to think about how this giant of Africa can truly behave like a giant and make itself available to support other countries in Africa and around the world through export,” he added.