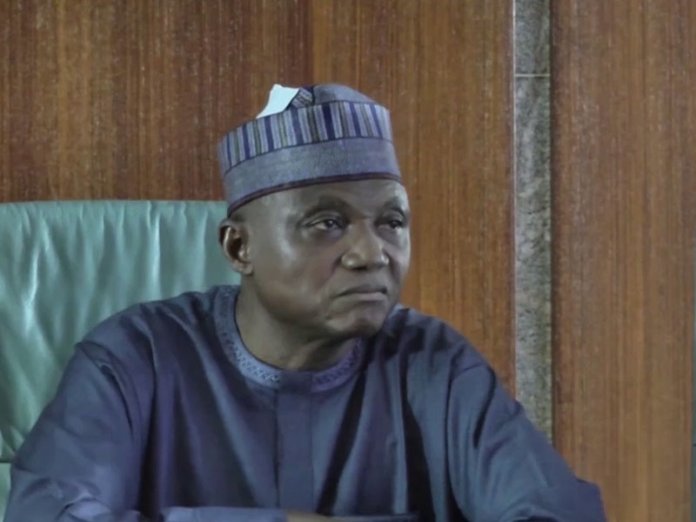 The federal government yesterday said that it was continuing to put pressure on its western allies to “proscribe” bandits, Boko Haram and the Indigenous People of Biafra (IPOB) as terrorists.

The government said that doing so would severely reduce the funding for the groups, noting that it was doing all within its powers to ensure that a stop is put to the killings throughout the country.

Senior Special Assistant to President Muhammadu Buhari on Media and Publicity, Mr Garba Shehu, made the assertion yesterday in reaction to an editorial by Daily Trust newspaper titled: “Life Has Lost Its Value Under Buhari’s Nigeria.”

While the federal government had earlier designated both Boko Haram and IPOB as terrorist organisations, last month, it finally got a Federal High Court in Abuja presided over by Justice Taiwo Taiwo to add bandits to the list.

The presidential spokesman stated that aside proscribing the three groups, its friends in the West should partner Nigeria in areas of trade and investment to deplete the reservoir of unemployed Nigerians where the various violent groups recruit their members from.

According to the presidency, the economic instability that the Covid-19 pandemic has wreaked has further proven an effective recruitment tool for bandits and terrorists across the nation in particular and the African continent as a whole.

“Even as the West continues to extricate itself from Africa militarily, we are lobbying our Western allies aggressively for partnership, investment and support in other areas, such as proscribing Boko Haram, bandits and IPOB as terrorist groups.This would severely dent their funding

“(We are asking) them for investment in trade and infrastructure, to help lessen economic instability; and to help with technical assistance, advanced weaponry, intelligence and ordinance,” the presidency stressed.

Shehu explained that although this will likely be small comfort to the families and loved ones of those already lost, ridding the country of avoidable deaths is a battle the federal government is fighting without let up.
Stating that the growing instability and violence in the north of Nigeria and elsewhere were unacceptable, the federal government pointed out that no one, not least the presidency underestimates the seriousness of the situation.

“Every day, the president holds the victims and their families in his thoughts and prayers. Above all, he wishes to reassure them – and all Nigerians – that tackling the scourge of banditry and terrorism remains this government’s first priority,” the government added.

However, Shehu argued that in respect of violence and terrorism, Nigeria is not unique, arguing that violence and terror have risen steadily across the entire African continent over the last decade.
He maintained that the “Economist magazine” in a recent publication wrote about “The Next Afghanistan,” warning the global community of the horrifying security in its neighbourhood, citing specifically the states of Mali, Burkina Faso and Niger.

Noting that the presidency understood the frustrations of the newspaper and Nigeria’s northern communities about the ongoing challenges of security, Shehu noted that the Buhari administration is no less worried by the situation.

The Buhari government argued that it is only fair to say that Nigeria’s persistent and continued efforts to suppress the instability have seen results, with terror group Boko Haram, among others “reduced to a shell of its former self”

“Yet now we Nigerians face a new threat: the worst global health crisis in living memory. Even Nigeria that proudly holds the mantle of Africa’s largest economy is not immune from the debilitating economic impact of COVID-19.

“ The economic instability that the pandemic has wreaked has proven an effective recruitment tool for bandits and terrorists across the continent.

“Indeed, the Daily Trust has correctly identified the source of the violence as ‘an amalgam of many complex issues’ such as poverty and unemployment. It is equally right to note that, in tackling the violence, ‘force alone will not be enough.

“It is quite wrong, however, to suggest the problem of insecurity is intractable, and more wrong still to claim apathy on the part of the government,” the presidency argued.

Continuing on what the federal government was doing to ameliorate the situation, Shehu stated that the Nigerian military efforts have not let up, but admitted that it is true that in the face of today’s growing number of threats from Boko Haram, bandits, kidnappers and IPOB to run of the mill bandits, the forces were stretched increasingly thin.

“Second, alongside military force, this government is seeking to address the violence at its economic source. Massive infrastructure projects like the coastal rail and new train from the southern coast through the north-east to our neighbour Niger aim to expand employment and opportunity across the country, bringing hope to our more remote and poorer regions where bandits and terrorists thrive,” he said.

The spokesman maintained that the Daily Trust’s suggestion that the president exchanges violence for the support he got electorally was “beneath a publication that claims any kind of political neutrality or integrity.”

According to the presidency, the focus as Nigerians must be on coming together and ending the violence pervading the country.

“As President Buhari wrote recently of the terrorists in UK paper ‘The Financial Times’: “We will defeat them, one highway, one rail link – and one job – at a time,” the statement added.