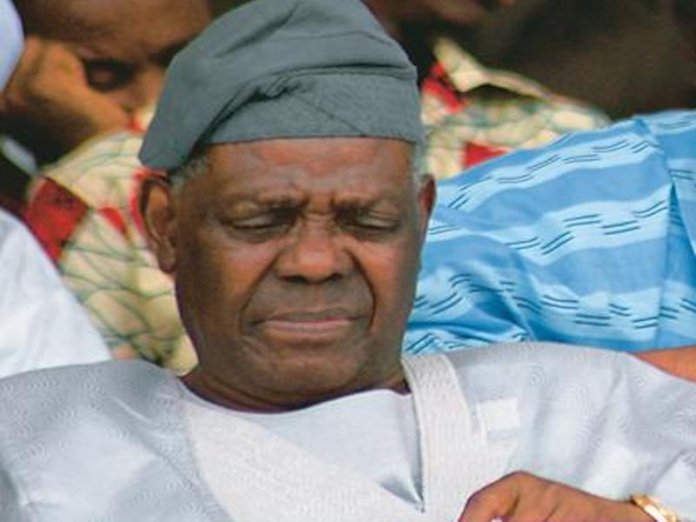 The last may not have been heard of some of the revelations in the newly published autobiography by a former governor of Osun State and erstwhile protem national chairman of the ruling All Progressives Congress (APC), Chief Bisi Akande, who claimed in his book, “My Participations”, that President Muhammadu Buhari, reneged in his promise to make a former governor of Lagos State, Bola Tinubu, his running mate ahead of the 2015 elections.

But many of Buhari’s close allies and foot soldiers, who were privy to some of the negotiations and horse-trading that preceded the 2015 elections, dismissed the account by Akande as being twisted and far from the truth, because according to them, “Buhari truly and only promised Tinubu a workable partnership, which included conceding the vice presidential slot to the South-west as a bloc, not to exactly make him his running mate.”

A lot of the Buhari boys, yesterday, called THISDAY with respect to its lead story last Friday, titled: ‘Akande: Buhari Promised to Pick Tinubu as Running Mate in 2015, Then Reneged,’ which was an extract from Akande’s autobiography, saying they were dismayed over the report and strongly disagreed with the author’s account of events.

According to them, all that Buhari said was that he was going to partner and work with Tinubu, in the context of a partnership between the South-west and North-west, reiterating that the president never promised Tinubu vice president or running mate, contrary to claims by Akande in the book.

This, the sources, who often glibly referred to themselves as Buhari’s boys, added was because they recognised “the role Tinubu played in helping them and the role of the South-west for voting en bloc during the convention that produced Buhari, which was pivotal and he presented the vice presidential slot in the partnership.

“And, in all of this, what Akande did not disclose was that Buhari sent a delegation of Farouk Ahmed, Hadi Sirika and Sarki Abba, to meet Tinubu and explained to him that the Muslim-Muslim ticket would not work, but that they would be partners to work together.”

The Buhari boys, have however, concluded that the former Osun governor appeared to have taken up the task of “a political bull, trying to force Buhari’s hands to support Tinubu in 2023. But that, we will not accept, even though no one is opposed to his aspiration.”

They maintained that Chief Akande’s account was deliberately slanted, to not only make Tinubu look good and weep up sentiment for him, but also send the president on a guilt trip and compel him to side with the former Lagos governor, who has shown keen interest, albeit clandestinely, in the 2023 presidential election.

In the THISDAY lead report of Friday, which detailed how Akande, in his autobiography, published by Gaskia Media Limited, disclosed that Buhari, apparently under pressure from certain interests and forces, dropped Tinubu from running with him on the party’s ticket, concluded that the then candidate of APC reneged on the agreement they had even after the merger had been sealed.

In the book, launched in Lagos, Akande, who also took a swipe at some Yoruba leaders including former President Olusegun Obasanjo, Chief Ayo Adebanjo, Chief Olu Falae and Sir Olaniwun Ajayi, claimed that despite the pledge to make Tinubu his running mate, Buhari later faltered, saying he only wanted the former Lagos governor to “partner withhim.”

His account stated thus: “In April 2014, I was in Abuja when Buhari called me and asked me to persuade Bola to run with him. Governor Masari was the one who came to call me. When I followed him into Buhari’s private lobby, Bola Tinubu was already seated there.

“So, when Buhari tabled the matter, I cautioned them that this must not get out beyond the four of us. ‘How could he be talking of a running mate when he had not secured the ticket? I thought such information, if leaked to the general public, might affect the conduct of the party’s congress at the presidential primaries, if not its choice of candidate. I thanked Buhari for thinking so highly of our friend.

“Bola later told me that Buhari’s emissaries had been coming to him, but he tried to dodge the gesture and not to show interest. We agreed that we would reopen the matter, when Buhari had secured the ticket,” he explained.
He, however, expressed surprise that, when Buhari became the party’s candidate, things changed, with former APC chair, Odigie Oyegun, who was supported by Tinubu to become chairman of the party, asking for names from the geopolitical zones from where Buhari would pick his running mate.

“He said it was from this list that Buhari would choose a running mate. I objected. I turned to Buhari. ‘General, where are you choosing your running mate from?’ He answered, ‘The South-west.’ ‘Oh! I didn’t know,’ Oyegun said. He apologised. I didn’t know why Oyegun made that proposition and at whose behest. As the chairman of the party, maybe some people pushed him to do that.
“Then, I called Buhari aside. ‘Is our arrangement still standing?’ I referred him to our discussion in April. He said yes!”

Akande further said some members of the party eventually agreed that a committee should be set up to search for Buhari’s running mate, a move himself and former governor of Edo State, Adams Oshiohmhole, opposed.
“Adams Oshiohmhole, then Governor of Edo State, stood up and said we were being dishonest. He said he was a serving governor and many of those in the Elders Committee had been governors.
“Did we set up a committee to give us our running mates?’ He asked. ‘It is not fair!’ He further said what we were pushing was a dangerous act and that we should allow Buhari to choose his running mate. So, we left,” he narrated

Akande stated that he later came to know later that some people constituted themselves into a group, called the Northern Interest Group, and they prevailed on Buhari not to allow a Muslim-Muslim ticket, and that it was the following day after the Elders’ Committee meeting, which was deadlocked, that Buhari phoned Tinubu to give him three names from which he would pick a running mate.

“We were all in Abuja and Tinubu rushed to me with this information. He wanted to know whether the understanding we reached with Buhari had changed. I called Buhari and he told me he now needed three names from us. I was angry with him.

“General, this was not what we agreed upon,’ I said in annoyance. ‘You are changing our agreement?’ He knew I was getting angry. He said he was under pressure from some governors from the north, including those who were Muslims. I told him the slot belonged to the South-West and among the Yoruba, religion is not a factor in leadership.

“Oshiomhole was surprised about the narration. ‘If indeed you promised to make Asiwaju your running mate, it would not be fair to renege,’ he said. Buhari now said he never meant it that way. What he meant originally was that Tinubu should partner with him.”

The former Osun governor explained that he didn’t know what that meant because before they discussed the issue of Tinubu as the partner or vice-president’s ticket, a merger had been accomplished and they had already partnered.

“We were registered in July 2013, and he called me to prevail on Tinubu to be his running mate in April 2014. Buhari knew I was upset but we tried to manage the situation. Perhaps he was overwhelmed by all those pressures. We decided to let him go,” Akande said.