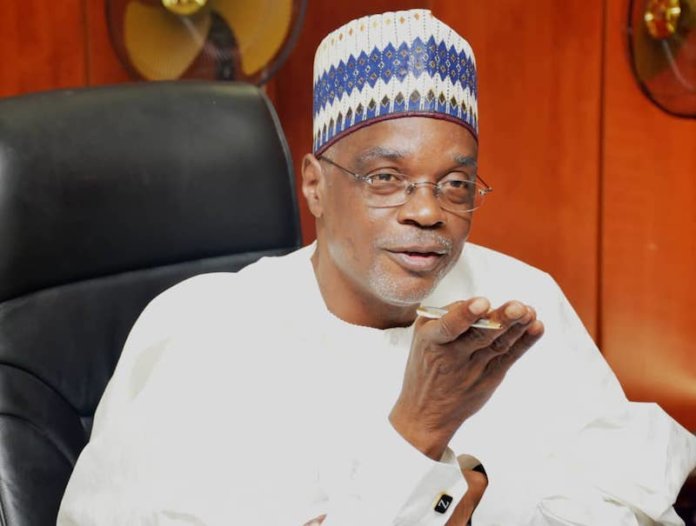 The Federal Ministry of Communications and Digital Economy, has revealed a whopping N1 billion debt owed it by non-commercial users of Nigeria’s radio frequency spectrum, who have refused to renew their operational licence in the last 10 years, and has given all debtors, three months to regularise their usage of the radio frequency spectrum.

Permanent Secretary, Federal Ministry of Communications and Digital Economy, Mr. Bitrus Bako Nabasu, who addressed the media at the forum, said organisatiins and institutions, including bandits and terrorist groups that are using the radio frequency spectrum illegally, are creating national security threats, apart from frequency interference.

He therefore called on all non-commercial spectrum users, especially those using the radio frequency without government approval, to regularise such usage with the ministry, within the next three months, without further delay.

Radio frequency spectrum is a specific range of frequencies of electromagnetic energy that is utilised to communicate information. Its applications are important for society such as radio and television broadcasting, civil aviation, satellite, defense and emergency services depending on specific allocation of radio frequency. The Federal Ministry of Communications and Digital Economy in line with its mandate, is saddled with the responsibility of managing Radio Frequency Spectrum for non-commercial users.

The Minister of Communications and Digital Economy, Dr. Isa Ibrahim Pantami, in his opening speech, said: “The radio frequency spectrum is a national scarce resource, and in view of its importance, there is the need to regulate and manage its usage in order to minimise interference and ensure that radio spectrum is used to its most efficient manner for the public. This is in compliance with the International Telecommunication Union and World Radio communication Conferences resolutions.”

According to Pantami, out of 300 frequencies that were monitored recently by the ministry, 106 of them were found not licensed, therefore defrauding government of huge sums of money. He said most of the users of the unlicensed radio frequencies that were identified in 2019 and requested to regularise their operations were yet to do so, two years after, and that the ministry received several complains of interference from different organizations within the last five years.

“Within the period 2020 up till date, a total of 242 organisations have failed to renew their licences, and over N1billion of accumulated revenue fees owed the ministry by various organisaations within the last 10 years could not be recovered. Pantami added that within the last five years, a total number of 32 organisations nave failed to pay for their frequency assignment fees, adding that there are several cases of under declaration of number of radio stations and that the organisations whose waivers were withdrawn and were asked to regularise their operations, are yet to comply with the directive, two years after.

Speaking about the implication of all the challenges, Pantami said the action could lead to harmful interference to the authorised users, threat to national security and severe revenue loss to the government.

“These implications are impacting negatively on spectrum management for non-commercial users. Thus, becoming a herculean task that government alone cannot tackle. Consequently, it has become imperative to engage the general public and the stakeholders to brainstorm on the way forward, ”Pantami said.

Pantami therefore called on all defaulters to regularise their operations, renew their licences and pay arrears of their outstanding renewal bills.
“All non-commercial radio frequency spectrum users that have defaulted and are in breach of the regulations are therefore given three months grace to regularise their operations and process their Radio Communication Licences. Thereafter, the Ministry will be constrained to employ legal means to address these issues,” Pantami said.

Raid on Odili’s Residence: We Shall Resist Clandestine Attempts to Silence Us, CJN Warns

NNPC Rakes in N2.613trn from Petrol Sales in One Year