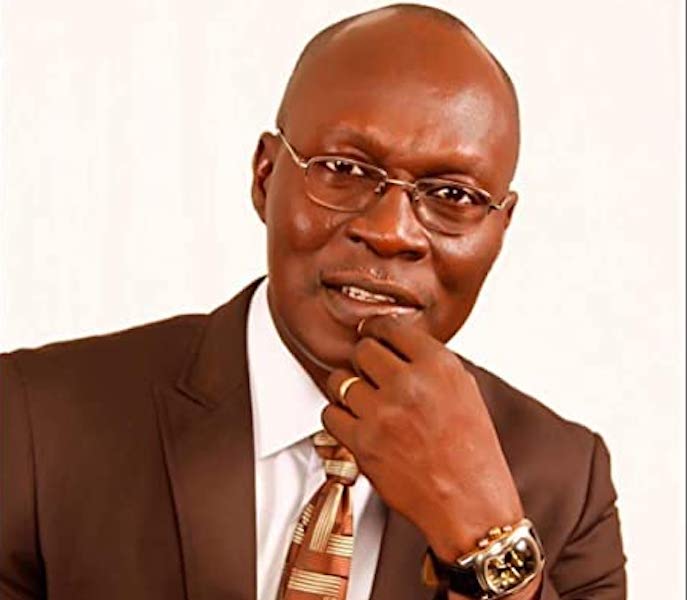 On December 9, 2021, the four-year tenure of the National Working Committee (NWC) of the Peoples Democratic Party (PDP) led by its National Chairman Uche Secondus, will officially come to an end and that of Iyorchia Ayu, elected 40 days earlier, on October 31st, will begin. Secondus himself will not be around to oversee the handing and taking over, because he has been consumed by the power play that engulfed the party for over six months before the party’s National Convention of October 31st.

Because of that tussle for the soul of the party, many had feared that the National Convention will be acrimonious. But to the surprise of many onlookers, the convention turned out to be the best the PDP has organised in recent times. The ruling party, the All Progressive Congress (APC) which had expected mayhem at the PDP National Convention must now really be envious at the ease with which the PDP managed itself and achieved tremendous success. For the record, 18 elective offices, including that of the National Chairman, out of the available 21, were filled through consensus. Even the losers in the other three offices contested for, heartily congratulated the winners, with the top echelon of the party, singing ‘no winner, no vanquished’ tune. And the icing on the cake was the emergence of a 25-year old, as the party’s National Youth Leader. No doubt, the PDP displayed finess and class at its National Convention of October 31st.

Now that the Secondus tenure is about winding up, how does Ayu ride on the good-feel factor, occasioned by the successful National Convention, when he takes over? What are his blueprints to disappoint the naysayers who said the silence at the PDP Convention, was that of a graveyard? How would he shed the toga that he will be a lackey of the governors because they were largely instrumental to his emergence as Chairman? How is he going to tackle the issue of impunity and imposition of unpopular candidates, usually foster on the party by the governors and other bloc of godfathers? And most importantly, going into an election year, how is he going to handle the delicate issue of the high-octane ambitions of Atiku Abubakar, Bukola Saraki, Aminu Tambuwal, Sule Lamido, Pius Anyim, Tanimu Turaki and other heavyweights, to become the Presidential candidate of the party come 2023?

These are not the end of plethora of challenges facing Ayu and his new NWC team. But if they can device a roadmap that addresses these aforementioned issues, then PDP could be on its way back to prominence and power. Fortunately, Ayu is not a novice in the dense Nigerian political chess game. As a matter of fact, he was part of the first eleven of the PDP in the form of the G7, G17 and G34, that eventually became the Peoples Democratic Party in 1998. An academic of repute. He was Chairman of Jos University chapter of the Academic Staff Union of Universities, (ASUU). He is also a Marxist. You dont confront Olusegun Obasanjo and dare the consequences without being a tiger yourself. Together with Atiku he wrestled Baba Iyabo to the ground on ‘3rd term’, although, he will be the first to display the scar of the injury he too sustained for his gallantry.

So, confronting intra-party crisis, daunting as it is, Ayu would be well served from his experience in the past. And it’s heartwarming to note what he said about the party shortly after being officially pronounced as the new National Chairman and I quote: “We were not happy that we lost power in 2015. However, with the benefit of hindsight, it is good that APC came to power. Nigerians have now seen the limit of falsehood, the emptiness of propaganda and the shallowness of demagoguery. APC has shown us that a party can manipulate its way into power, but if it has no ideas or coherent programmes about how to govern, then such a party will resort to executive surrender, recklessness and perpetual excuses. As a party, we have learnt our lessons in both defeat and opposition. We have also reinvented ourselves and we are coming back, united and stronger than before”. He then pointedly addressed party members: “to our faithful members, the new National Working Committee, NWC, pledges to be guided by our constitution, teamwork, internal democracy and constant consultation.”

Ayu said Nigerians should look up to PDP for succour, because according to him, “we are in a sorry state as at present, because the gloom, the insecurity, the attendant bloodletting, the widening North-South divide, the ethnic tensions, religious suspicious, etc are all on a scale that has never been seen before in our nation. And what is worse, the nepotism, mismanaged economy, rising cost of living and the unbelievable incompetence of the APC-led government have taken the destruction of our country to the Next Level.”

After the party’s National Convention, the party organized a two-day retreat for the newly elected NWC members, a couple of weeks ago which was conveyed in order for “stock-taking, honest self-assessment and bold decision taking”.

No doubt, the PDP has demonstrated seriousness in putting its house in order. The goodwill is there. Can Ayu take advantage of this goodwill and offer better alternative to the APC? He, more than anyone knows that the attention span of Nigerians are very short and the honeymoon occasioned by the recent happenings at Wadata House can easily disappear as quickly as it appeared.

All Eyes On Iyorchia Ayu As PDP Inaugurates New NWC