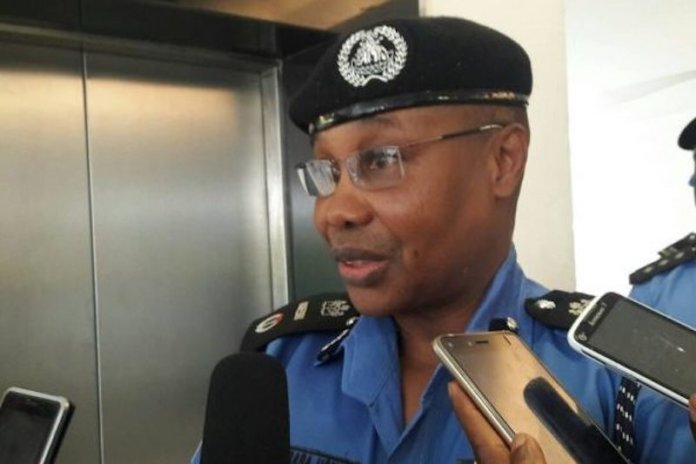 The House of Representatives at the plenary yesterday mandated the Inspector General of Police (IG), Usman Alkali Baba, to ensure the removal of illegal and unnecessary police and military checkpoints on all roads in the country.

The House also directed him to remove all the wooden barriers across the roads as it affects lifespan of roads.

It further mandated its Committee on Works to investigate the status of road concessions that has been given out in the past six months and report back within two weeks for further legislative action.

The resolutions of the lawmakers were sequel to the adoption of a motion of urgent public importance ‘on the need to investigate loss of many lives on the Onitsha-Owerri expressway within Ihiala federal constituency,’ which was sponsored by Hon. Chudy Momah, (APGA, Anambra).

Moving the motion, Momah noted that for over two years, military and police check points on Onitsha-Owerri expressway in lhiala has been operational to quell insecurity in the area.

However, he lamented that road users have since been subjected to devastating, degrading and inhumane treatment occasioned by the operation of the military and police check point in that area.

According to him, “No one is spared, as everyone suffers under the weight of the oppression as men, women, and children are forced to alight from their cars and raise their hands up before pass through the checkpoint.”

He recalled that on November 4, 2021, an accident involving three vehicles on the Onitsha-Owerri road claimed the lives of three children and six adults, according to the Federal Road Safety Commission (FRSC), as the driver, upon sighting the police checkpoint, tried to apply brake but couldn’t, thus resulting in the fatal accident (according to eye witness).

He also recalled that most recently on November 28, 2021, a trailer carrying a container load of goods ran over 20 public road users who died on the spot.

The lawmaker said: “Nursing and pregnant women are also not-spared. In fact, nursing mothers are made to carry their babies up high as they walk across the checkpoint, sometimes being forced to walk for over one km. Recently, a pregnant woman on a bike was whipped thoroughly at the military checkpoint.

“Traditional rulers are also stopped and searched in an embarrassing manner, including ransacking their traditional attire. Cognisant that the military and police checkpoints are located in the middle of the busiest road in the local government area, opposite Abbot Boys Secondary School, Ihiala, and opposite Ihiala Divisional Police headquarters, an area that ought not to be associated with a military checkpoint.

“As it’s popular knowledge, military checkpoints are to be stationed at border communities. Thus, this military checkpoint ought to be mounted at Amorka community, which is the border between lhiala Local Government Area in Anambra State and Imo State and not its current location, which is a commercial hub crammed with markets, businesses, schools among others. We have been informed that the town leaders have also asked that the checkpoint be relocated because of these hazards mentioned above in order to mitigate the calamitous consequences of the current situation. Yet, this dreadful situation persists with no glimmer of hope of improvement.”

In his contribution, Hon. Yusuf Gagdi (APC, Plateau), while agreeing that activities of security agencies must be checkmated, he however, advised that citizens too must be cautioned not to take laws in their own hands.

According to him, “The issue of insecurity have always echoed in the ninth Assembly legislative agenda. Here we have communities with check points for the purpose of protecting lives and property of the people as one of the primary responsibility of government. I think we must caution them to be cared of the way they discharge their constitutional responsibility, not to stampede the rights of the citizens of those communities.

“However activities of security agencies must be checkmated, they shouldn’t take maintenance of laws and order for granted, but the citizens of this country whose security presence is for their own good, should equally not take that for granted to even start putting themselves together in the name of attacking police formations. We must be careful, the motion is good, I support it but the citizens too must be cautioned not to take laws in their own hands.”

Adopting the motion, the House, while observing a minute silence for the lives lost in various accidents at the police and military check points on the Onitsha Owerri road in Ihiala federal constituency, especially the fatal accident on November 28, 2021, mandated its Committees on Police Affairs and Legislative Compliance to ensure compliance.