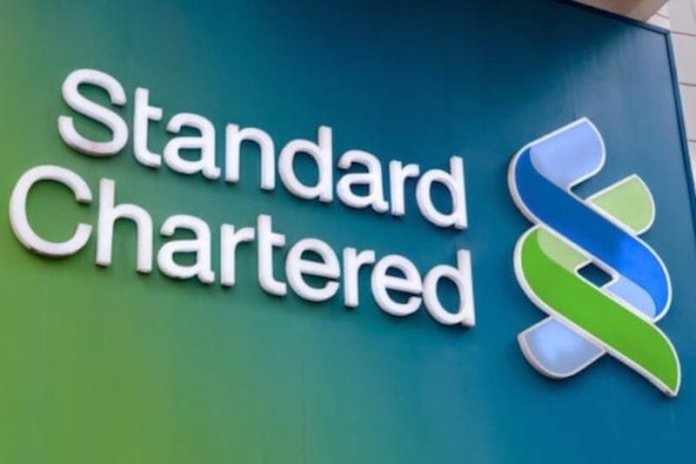 New research by Standard Chartered Bank has projected that Nigeria’s export trade would hit $112 billion in 2030 and would be recording a Year-on-Year (YoY) increase of 9.7 per cent, while India, Indonesia, and Mainland China would be the major opportunity corridors that would spike Nigeria’s participation in global trade.

The research, which is titled, “Future of Trade 2030: Trends and Markets to Watch,” also projected that the global exports trade would grow from $17.4 trillion to $29.7trillion between 2021 and 2030 and would be driven largely by 13 markets. These markets, which were listed in alphabetical order, are Bangladesh, Hong Kong, India, Kenya, Mainland China, and Malaysia. Others are Nigeria, Saudi Arabia, Singapore, South Korea, United Arab Emirate (UAE), and Vietnam.

The report stated that, “global trade is set to grow by 70 per cent over the by 2030 next decade, with a shift towards more inclusive and sustainable practices.”

It added that Asia Pacific, Africa, and the Middle East would have the largest share of rising stars and hyper-growth markets of the future.

It added, “Asia, Africa, and the Middle East will see a ramp-up in investment flows, with 82 per cent of respondents saying they are considering new production locations in these regions in the next five to 10 years, supporting the trend towards rebalancing to emerging markets and greater risk diversification of supply chains.”

The research also stated that global trade would be reshaped by five key trends, which are the wider adoption of sustainable and fair-trade practices; “a push for more inclusive participation; greater risk diversification; more digitisation and a rebalancing towards high-growth emerging markets. Almost 90 per cent of the corporate leaders surveyed agreed that these trends will shape the future of trade and will form part of their five to 10-year cross-border expansion strategies.”

The report, which was commissioned by Standard Chartered and prepared by PwC Singapore, analysed historical trade data and projections until 2030, as well as insights from a survey of more than 500 C-suite and senior leaders in global companies.
The report stated that Nigeria’s future growth would be driven by its current and future investments in its digital and physical infrastructure, and improvements in its business environment.

It said: “Driven by its Industrial Revolution Plan and National Digital Economy Policy (2020-2030), Nigeria has shifted its focus towards promoting digital transformation, financial inclusion, and physical infrastructure development with a series of billion-dollar projects. These efforts are forecasted to facilitate Nigeria’s plans for economic diversification and non-petroleum growth.”

It also acknowledged improvements in the country’s business environment as, “Nigeria is actively nurturing its industrial sector through an array of tax and tariff breaks as well as reduced red tape and protectionist measures. It is working to streamline its trade procedures, lower trade-related costs, and reduce border delays. The government also offers a wide range of incentives, such as unrestricted profit repatriation, to attract FDI.”

The report said that metals and minerals would be primary exports from Nigeria while agriculture and food exports would be expected to grow its future trade corridors.

It said: “India, Indonesia, and Mainland China will be the key corridors for Nigeria from 2020 to 2030. The rebound in global growth, as well as growing energy demand in Asia, will spur demand for crude petroleum. Nigeria has the largest natural gas reserves in Africa and ranks ninth globally in proven gas reserves. With the ongoing reforms to increase the role of gas in the energy mix, Asia Pacific LNG demand is expected to remain strong, driving Nigeria’s future exports growth.

“Cocoa beans, sesame seeds, and cassava are Nigeria’s key agricultural exports. Nigeria is the world’s fourth-largest cocoa bean exporter and the largest cassava producer. Growing global demand for sesame seeds, underpinned by its positioning as a healthy product, and demand for ethanol and other cassava byproducts present strong export growth potential. Nigeria’s agriculture export share is small but expected to grow as Nigeria has prioritised agricultural development for its economic growth.”

Executive Director, Corporate Commercial and Institutional Banking, Standard Chartered Nigeria, Mr. Korede Adenowo, said: “The predicted doubling of global trade offers strong evidence that globalisation is still working, despite recent dislocation. In addition to the growth of intra-regional trade pathways, the corridors of the future will still cut across continents.

“Against this backdrop, we continue to focus on making globalisation work for more markets and businesses, ranging from micro to multinational, and drive a more sustainable and inclusive model for global trade. This includes growing our range of sustainable finance solutions to help our corporate clients implement sustainable and fair-trade practices across their supply chains.”
The report averred that Globalisation would drive the next decade of growth and affirmed that “growth corridors of the future would not just be intraregional, they would also be global spanning Africa-East Asia; ASEAN-South Asia; East Asia-Europe; East Asia- Middle East; East Asia-Europe; South Asia-US.”

The Standard Chartered’s CEO Corporate, Commercial and Institutional Banking, Europe and America, Mr. Simon Cooper, said: “Globalisation is not dead. On the contrary, it is very much alive, with global trade predicted to grow by 70 per cent to almost $30 trillion by the end of this decade. That’s the headline from our new research based on the analysis of trade data and a survey of more than 500 C-suite and senior leaders in global companies.”