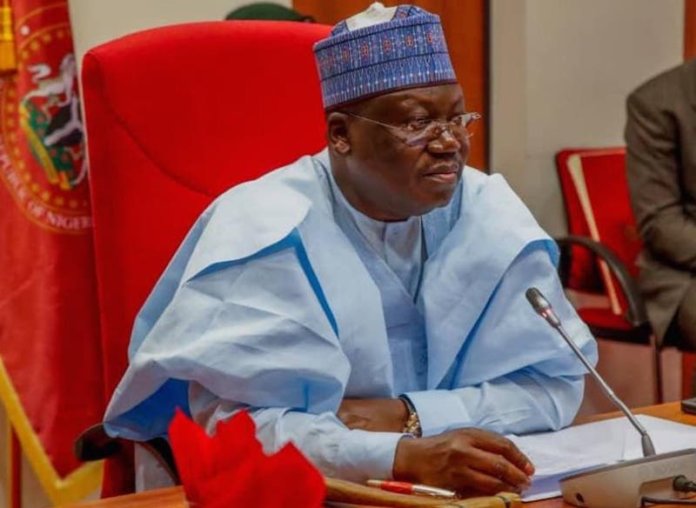 The President of the Senate, Dr. Ahmad Lawan, has committed that the Senate would pass the 2022 budget before Christmas and would commence its implementation in January 2022.

The Senate president said this yesterday at the New Telegraph awards where he was awarded with the Lifetime Achievement Award in Politics.

He further noted that the federal government was tackling insecurity seriously and all arms of government were committed to restoring peace.

He added: “Nigeria faces insecurity challenges but there is certainly determination at all levels of government to fight the insecurity that we face.”

The governors of Ogun and Abia states, Prince Dapo Abiodun and Dr. Okezie Ikpeazu were named Governors of the Year Digital Economy and SME Development respectively and were present to receive their awards. Also, Governor of the Year Youth Empowerment was awarded to the Governor of Kogi State, Yahaya Bello.

Other awardees include the Managing Director AMCON, Ahmed Kuru who received the Public Integrity Award for the Year, while Senator Sani Musa was named the Most Innovative Senator of the Year.

Most Outstanding Minister of the Year went to Minister of State Petroleum, Timipre Sylva.

Also, receiving the award on behalf of the CBN governor, Deputy Governor, Economic Policy, CBN, Kingsley Obiora, noted that the award is a testament to good works of the apex bank and that they would continue to do what is best to grow the economy.

He said: “This award ceremony would encourage us to continue to do the work for the betterment of the bank and all Nigerians.”

EFCC to Hold Banks Liable in Fraudulent Deposits from Sept 1