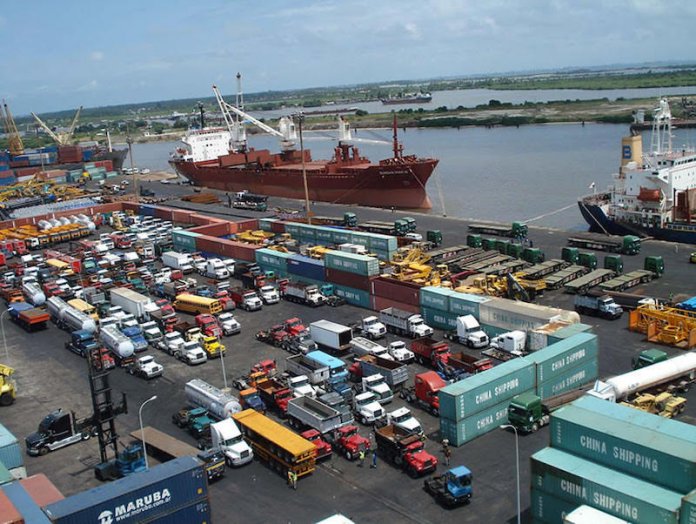 The Acting Managing Director of the Nigerian Ports Authority (NPA), Mohammed Bello Koko, has revealed that the authority has exceeded its revenue target having remitted N89.9 billion into the Consolidated Revenue Fund (CRF).

Koko, who disclosed this in documents presented to the House of Representatives Committee on Ports and Habours, said the NPA has also reduced its operating expenses by 20 per cent of its budget for this year.

The effort, he stated, was despite the impact of Covid-19 pandemic on global trade and supply chain logistics.

Koko in his presentation to the committee revealed that as at the end of September 2021, the Authority earned N256.28 billion as against the expected N214.65billion (approved estimate N271.70billion) for the same period, representing a performance of 120 per cent or 95 per cent of its total annual budget for 2021.

“For operating expenses, as at the end of September 2021, actual spending stood at N55.10bn as against the budgeted figure of N65.49billion, comprising employees’ benefits, pension costs, towage services, supplies, repairs & maintenance and other administrative overheads.

“This indicates a “savings” of N10.39billion or 85 per cent performance of the approved budget of N87.32 billion.

“Furthermore, in compliance with the quarterly remittance of its operating surplus to the Consolidated Revenue Fund and provisions of the Finance Act 2020, the Authority has remitted the sum of N62.66billion to CRF for the year 2021 as at October 31, 2021, while a cumulative sum of N89.9billion has been transferred to the CRF in the last six months. “At the current state of increased revenue drive, it is projected that the Authority will exceed its 2021 revenue projections and the projected transfer to the CRF for the year 2021 which is expected to be over N80billion, which would be the highest in the history of the authority, “he said.

Koko informed the House Committee that contrary to media reports insinuating that Nigerian ports were the most expensive in the sub-region, a study commissioned by the authority with the support of UKAid in 2019, indicated that it was cheaper for general and container vessels to berth in Nigeria than in Ghana or Togo.

He explained that a huge chunk of what shippers or cargo owners spend to clear their consignments include terminal and freight charges paid to terminal operators and shipping companies, payments for customs duty, inspection services, haulage, insurance and other sundry trade levies and fees, which are outside the purview of the Authority.

“Aside the towage dues, which was reviewed in 2015, Port tariffs in Nigeria have remain same since 1993, “he said.

He added that he has taken deliberate steps to reposition the NPA to focus on cost-optimisation and quality service delivery, while maximising business value for port operators and users, on assumption of office in May this year.

“Accordingly, my management has focused on improving the overall efficiency of the country’s port industry. To support the economic diversification agenda of the federal government through the promotion of non-oil exports, the Authority has partnered with the Nigerian Export Promotion Council (NEPC) for the establishment of third party dedicated export terminals or export parks to be located in Lagos and Ogun states.

“The initiative is aimed at the processing, packaging and certification of exports under a one stop platform that houses all relevant agencies responsible for quality control and regulatory validation of exports before shipment. The objective is to enhance and fast-track Nigerian export cargo for shipment at the export parks without any further port clearance protocol.

“A pilot project has been established at the Lillypond Container Terminal in Lagos, while 10 other exports terminals are in the process of being certified in order to begin operations by 1st quarter of 2022. The Authority is in the process of consolidating its various electronic platforms under a unified port community system. Currently, the NPA utilises the following technology platforms,” he said.