Understanding the Musical Chairs at Imo House of Assembly 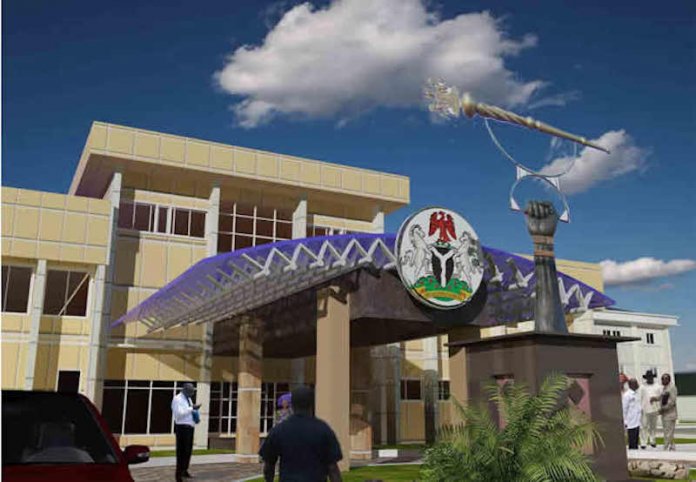 Amby Uneze explains the current crisis rocking the Imo State House of Assembly, the impeachment and counter-impeachment of presiding officers and the subsequent election of a new speaker

Thinking back to the episode of post January 14, 2020 surprise Supreme Court ruling on Imo state governorship debacle, the state house of assembly has been playing the winner takes it all game. As soon as governor Hope Uzodimma was sworn in on January 15, 2020, in compliance with that Supreme Court judgement, nine Imo lawmakers that were of the Peoples Democratic Party (PDP) immediately defected to the All Progressives Congress (APC), being the party appointed by the Supreme Court to be in power.

One could recall that the speaker of the Assembly, Mr. Collins Chiji representing Isiala Mbano who had abandoned his former party, the All Progressives Grand Alliance (APGA) and declared for PDP in order to grab the speakership announced his defection to APC in order to retain his speakership position. While Chiji and majority leader, Mr. Chigozie Nwaneri, announced their defection on the floor of the House, others wrote letters of defection.

In order to maintain equity and decency in the distribution of appointments, the deputy speaker of the assembly, Okey Onyekamma (Mbaitoli, PDP) decided to resign his position as a principal officer of the Assembly. To many, that action was honourable and alien to our polity where politicians would want to remain in their juicy position even when it was detrimental to the system.

The minority leader, Ekene Nnodumele (Orlu, APGA) first resigned his position, and then defected to the APC.

However, he has since gone back to PDP to rejoin his other eight colleagues. It is pertinent to note that there are 27 legislators representing the 27 local government areas. At the inception of former Rt. Hon. Emeka Ihedioha’s seven months regime as governor, PDP had the majority members in the house. But as soon as he was removed by the Supreme Court, APC moved to majority as some of the PDP members defected to APC, leaving die-hard nine members of PDP to play the minority.

Months later, the leadership of the house was changed as Mr. Paul Emeziem of Onuimo replaced Collins Chiji of Isiala Mbano as speaker, while Amara Iwuanyanwu became the deputy speaker.

One of the inglorious actions of Emeziem’s leadership according to political pundits was the sudden and unceremonious suspension of six active members of the house by the speaker.

Pointedly so, because of the inordinate and inundated ambition for power and position in the house, members had been busy planning on how to outwit each order in order to come on top to lord it over other members. Based on this scenario, therefore, an attempt was made to impeach the deputy speaker, Amara Iwuanyanwu last Tuesday. Already, 18 members out of 27 were said to have signed the impeachment notice as claimed by the former speaker, Emeziem.

This action did not go down well with the powers that be at Government House. Efforts were quickly made to reverse the trend which subsequently led to the impeachment of the speaker, Emeziem on Monday. Invariably, it was the period of the recall of the six suspended members and superior power carried the day as Emeziem was subsequently impeached as speaker because he was allegedly accused of working with Senator Ifeanyi Araraume to impeach the governor.

One of the recalled members, Kennedy Ibe of Obowo was subsequently elected by his colleagues as the substantive speaker while Iwuanyanwu was returned as deputy speaker of the house. Nineteen out of 27 members were said to have signed the impeachment of Emeziem.

He was immediately suspended over claims of alleged forging of the signatories of some of the members that he claimed signed for the removal of Iwuanyanwu. Two other members: Onyekamma and Ekene Nnodim of Orsu were also suspended.

Receiving the new speaker to the Government House on Tuesday, Governor Hope Uzodimma challenged members of the house to work as a team and trust each other if they wanted to make the desired impact. He also reiterated that he would not interfere in their independence as an arm of government but rather partner with the members on how to serve Imo people better.

The governor congratulated the lawmakers for resolving to elect the speaker of their choice peacefully without external interference, saying “what happened that resulted into a peaceful and democratic election of the new speaker is a victory for democracy.”

He called on them to work towards a united house where there will be mutual trust. “Imo State needs a united, functional, effective and efficient house of Assembly that will work towards giving the people the desired dividends of democracy.” While noting that as a democrat he submits to the doctrine of separation of powers, insisting that “when this is fully applied the three arms will surely deliver on their mandate.”

Uzodimma urged the members to imbibe the spirit of team work, requesting that they “forgive each other and forge ahead, “emphasizing that all the arms of government must strive to contribute their quota to serve Imo state better, noting that “whether as an executive, legislature or judiciary member if government succeeds it is for all of us, and when it fails they have all failed.”

Regrettably, Imo people believe that members of the state house of assembly for the past 10 years have not lived upto the expectations of the people who they represent. The house has remained an offshoot of the executive arm. During the regime of the former governor, Rochas Okorocha, it was alleged that there were virtually no ideal people-oriented programmes or policies initiated and carried out inform of making laws to the growth of humanity. Imolites argue that what had been in vogue as achievements, have been focusing solely on the needs of the Government House (governor) and doing his dictates instead of spreading their tentacles to make laws for the good of the people.

According to a group, Concerned Imo Citizens for Good Governance, the house of assembly was there and their people were being massacred in their hundreds by hoodlums. “Even security agencies were allegedly accused of being the masterminds of most of the killings in the pretence that they were fighting the unknown gunmen. As Imo people cried and called on the government and the house members to intervene in curbing the reckless killings, they looked the other way.”

It took some concerned personalities like His Grace, Most Rev. Anthony Obinna, and Archbishop of Owerri to send a powerful message to the governor to intervene in the killings, urging him to convoke a stakeholder’s dialogue. In his message of June 3, 2021 titled: “Stop the killings, convoke a ceasefire meeting”, the archbishop expressed concern about killings of innocent citizens by “known and unknown gunmen and called on the governor to stop the killings.

He state, “lives are at stake as killings of Imo people are taking place in broad daylight and at nights by both official and unofficial armed men. Imo people are on the run from known and unknown gunmen. There is scare in the air and anxiety on the ground. Imo people are hiding, living in fear. Reports of indiscriminate arrests for no clear reasons and killings as a show of power or in alleged retaliation continue to spread.”

The prevailing thoughts of Imo people is that the craze for position in the Imo state House of Assembly should come to an end as legislators buckle up to legislate on the good of the people. As the governor rightly pointed out, it is time members of the house put their differences behind and work as a team to deliver the goodies for the well being of their constituents.