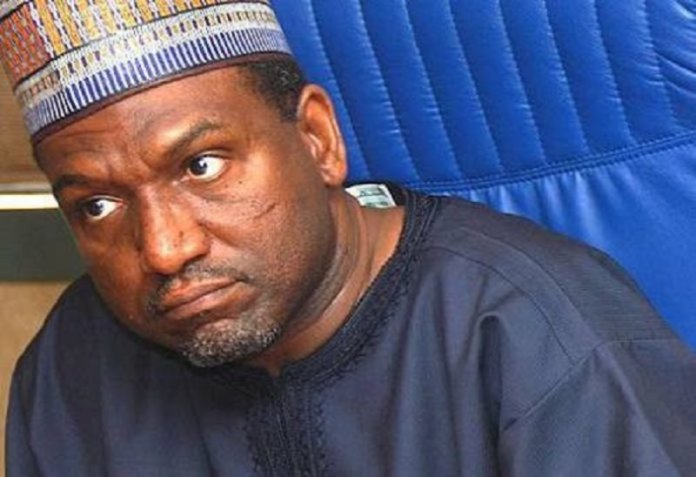 In the president’s condolence message signed by his spokesperson, Mr. Femi Adesina, Buhari who expressed shock over the incident, noted that over the years the younger Dangote had played a key role in the success of the family business, devoting his time to ensuring optimal results in all the businesses.

“President Muhammadu Buhari commiserates with Founder/Chairman of Dangote Group, Aliko Dangote, over the passing of his younger brother and Vice President of the Dangote Group, Sani Dangote on Sunday.

“President Buhari joins the family in mourning the industrious son, who over the years played a key role in the success of the family business, dedicating his time to ensure fairness and optimum result in all endeavours.

“Reputed for his gentleness, loyalty and generosity, the president urges approximation of his wonderful deeds on earth, praying that the Almighty God will grant him eternal rest,” the statement said.

Former President Dr. Goodluck Ebele Jonathan also commiserated with the Chairman of Dangote Group, Aliko Dangote, and members of the Dangote family over the death of Sani Dangote.

In a condolence message sent to the family,. Jonathan described the late Sani Dangote as an industrialist who had made significant contributions to the growth of the nation’s economy.

The former President stated: “I condole with the Dangote family on the death of Sani Dangote, Vice President of Dangote Group of Companies.

“As a businessman and industrialist, Sani made a significant impact to the growth and development of Nigeria’s economy. He will be greatly missed by people from all walks of life in Nigeria and beyond for his philanthropy as well as his creative and innovative ideas in business and entrepreneurship.

“May God grant his soul eternal rest and give his family , friends and colleagues the strength to cope with this loss.

In his message on his official Twitter account, Atiku described the late Sani as, “an astute businessman who has engaged in diverse sectors of the economy.”

“It is with a heavy heart that I mourn the passing away of Sani Dangote, VP of Dangote Group and founder of Dansa Agro-allied Limited. He was an astute businessman engaged in diverse sectors of the economy.

“My deepest condolences to @AlikoDangote, the Dangote family, friends and management and staff of all the companies he was associated with. May Allah forgive his sins and grant him Aljannah Firdaus. Ameen,” he wrote.

On his part, Obaseki, described the news of his death as shocking, noting that he was deeply saddened by the unfortunate loss.

According to him, “Having known Sani for many years and developed a close bond with him and the Dangote family, the news is as devastating as it is numbing.

“A thorough-bred businessman and pacesetting entrepreneur, Sani had a knack for excellence, which is evident in the chains of businesses he set up and managed, ranging from agriculture to manufacturing, banking and oil services.

He continued: “His deep interest in agriculture is expressed in the nature of companies he set up, which were focused on farming and agro-processing, as well as in the fertilizer business. He no doubt was a towering personality in Nigeria’s private sector. Sani made insightful contributions to the Edo State Palm Oil Initiative, for which we remain grateful.

“As chairman of Dansa Holdings, Sani brought a new verve to the beverages sector of the economy, growing the business to become one of the most notable brands in the country.”

“On behalf of the government and the good people of Edo State, I extend deep-felt condolences to the Dangote family, as well as friends and associates, and pray that God will grant us all the fortitude to bear this painful loss,” he added.

Also, Niger State Governor and Chairman, North Central Governors’ Forum (NCGF), Bello, described the death of the younger Dangote as a colossal loss to the family and the nation.

In a statement, the governor said the country had lost an experienced technocrat, established business magnate and a silent achiever who contributed immensely to the economic growth of the country.

He added that the business tycoon with more than 30 years of experience in manufacturing, agriculture, and oil services would be greatly missed.

While condoling with the family members, friends, and associates of the deceased, the governor urged them to take solace in the Almighty as death is inevitable and a necessary end for all mortals.

“As we mourn the passing of our brother and friend, we should accept his demise as an act of Allah, knowing that death signifies the end of our sojourn here on earth.

“I sympathise with his family members, friends, and business partners. All that is left for us to do now, is to pray for the repose of his soul and pray Allah forgives his shortcomings and give the family the courage to bear the irreparable loss,” he said.

On his part, Ganduje, while commiserating with the family, noted that he was shocked when he received the information about the passing of the businessman, pointing out that the country and the business community had lost an illustrious son.

“It is therefore on behalf of the government and good people of Kano state, that I, the governor of Kano state, send heartfelt condolences to the immediate families of Alhaji Sani Dangote, to his brother, Alhaji Aliko Dangote, over his (Sani’s) death,” he stated.

Former Senate President, Saraki, who also prayed for the repose of the late Dangote, described his passing as sad.

He wrote on his Twitter handle: “My family and I are extremely sad to learn about the death of Alhaji Sani Dangote, the Group Vice President of the Dangote Group and younger brother to our dear friend, Alhaji Aliko Dangote.

“As we join the family to mourn this loss, we pray that Almighty Allah grants Alhaji Sani a place amongst the righteous ones in Aljannah Firdaus.”

Similarly, the President of the Senate sent his condolences to the Dangote family, saying the death of Sani was a great loss to Nigeria and Africa given the passion of the Dangote Group for the development of the country and continent.

The Senate President in a statement commiserated with Aliko Dangote, even as he condoled the government and people of Kano State over the incident.

“Alhaji Sani Dangote was a great entrepreneur who brought his business acumen to impact positively on the Nigerian economy and Africa in general, particularly in the areas of manufacturing, agriculture and oil services.

“I share the grief of the entire Dangote family on the sad incident and pray that they find comfort and strength in their faith in Almighty Allah.

“My heart goes out to the immediate family and all the relations of the deceased.

“I pray Allah to comfort and grant them all the fortitude to bear the loss and to accept the soul of the departed into Aljannah Firdaus,” Lawan added.

Also, Gbajabiamila and Wase commiserated with the Dangote family. The duo in seperate statements expressed sadness over the death of Sani.

Gbajabiamila, in a statement by his Special Adviser on Media and Publicity, Lanre Lasisi, said Sani’s demise was a painful loss, given his role in the Dangote Group.

The Speaker said Sani Dangote would be sorely missed by many Nigerians, noting that his contributions to the development of the Dangote Group and by extension, the private sector in Nigeria would remain indelible.

He prayed to the Almighty Allah to grant the soul of late Alhaji Sani Dangote a peaceful resting place in Jannatul Firdaus.

On his part, the Deputy Speaker, in a statement issued by his chief press secretary, Uma Puma, described the deceased as a committed nationalist who gave all for the unity, progress and industrial development of the nation.

While praying to Allah to reward his good deeds with Jannatil firdaus, Wase prayed to the Almighty Allah to give the family the fortitude to bear the loss.