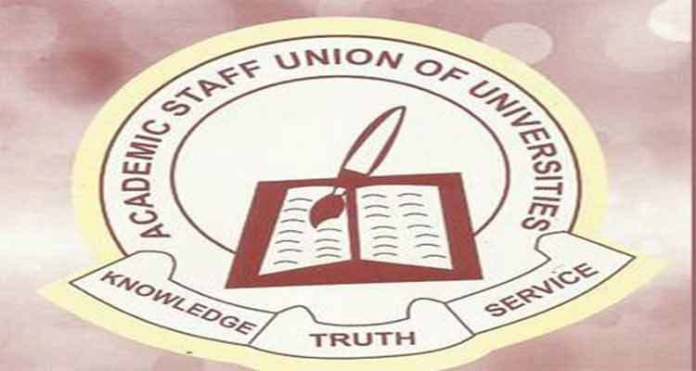 This is as the Minister of State for Education, Chukwuemeka Nwajiuba, claimed in an interview with The PUNCH that the union had failed to submit a breakdown of the workers entitled to the N22.1bn earned allowances.

The ASUU President, Prof Emmanuel Osodeke, who spoke during a press briefing at the University of Abuja, blamed the Federal Government for failing to honour the agreement it signed with the union, which made it call off its strike in December 2020.

Recall that in March 2020, ASUU embarked on a nine-month strike following its disagreement with the Federal Government over the funding of universities and alleged ineffectiveness and discrepancies around the Integrated Payroll and Personnel Information System and others.

ASUU, however, developed the University Transparency and Accountability Solution to replace the IPPIS and had several meetings with the ministries of Finance, Education, Labour and Employment, and the Office of the Accountant-General of the Federation before it was approved, but it has yet to be implemented.

Likewise, the government and ASUU signed an agreement aimed at addressing some of the demands of the union, a development that led to the suspension of the strike on December 23, 2020.

After a meeting with the government on August 2, 2021, Osodeke said the Nigeria Information Technology Development Agency insisted that the UTAS must be re-presented to the end users.

At the meeting, the Minister of Labour and Employment, Chris Ngige, assured ASUU that the N22.1bn earned allowances captured in the 2021 supplementary budget would soon be accessed by university workers.

The National Universities Commission also promised to pay the sum of N30bn as revitalisation fund for federal universities.

The ASUU president, however, told journalists that the Federal Government had yet to implement the agreements and was not giving cogent reasons for not doing so.

He said, “The N30bn revitalisation fund for public universities purported to be kept in a dedicated account at the Central Bank of Nigeria has yet to be disbursed even when a majority of the vice-chancellors have successfully defended their proposals as a condition of accessing the fund.

“The government gave the assurance that the fund would be paid by the end of October. Surprisingly, this is November 15 and nothing has been heard from the government about it.

“At the meeting with the Executive Secretary of the National Universities Commission, the ES said the N22.17bn earned allowances had been appropriated in the 2021 budget based on the weighted average of the annual salary appropriated for each university.

Osodeke also lamented the failure of the government to fast-track the implementation of the UTAS platform, which had subjected university lecturers to inconsistencies in the payment of salaries on the IPPIS platform.

“The inconsistencies in the payment of our members via the IPPIS platform were acknowledged after the initial denial; the director of the IPPIS promised to develop a template for the resolution of the matter. However, for one reason or the other, that has not happened. The permanent solution, as we see it, is that UTAS should be fast-tracked to end the unwarranted imposition of the IPPIS on our members,” he added.

But the Minister of State for Education, in an interview with The PUNCH, explained that the union failed to give a breakdown of the people to be paid.

Nwajiuba explained that the issue of payment was the responsibility of the finance ministry.

“For the first payment we made because there was an allowance we paid initially; we told ASUU that we were going to give them an accountant; there are still issues with the first allowance we paid them and we wanted those issues to be resolved. Let me tell you that ASUU and the accountant have not been able to resolve the issue. Tell them to provide a breakdown of the lecturers, who earned the allowances.”

The minister argued that ASUU knew that the Ministry of Education did not handle payments, but the union continued to attack it by shutting down schools.

Nwajuiba advised ASUU to reach out to the Federal Ministry of Finance instead.

He added, “They do not have a problem with the education ministry, but they just go ahead to shut schools down, which affects the ministry of education; they know that our ministry does not deal with payments. We are in charge of the schools.

“ASUU has reached the level where they know who and who to deal with. We don’t deal with money. The Ministry of Finance does or did they tell you that we collected the money? As for us at the education ministry, we will do what the government asks us to do; let them meet the finance ministry.”

But the ASUU president said citizens should hold the government responsible if it should embark on a strike.

Osodeke stated, “We call on all patriotic Nigerians and lovers of Nigeria to prevail on the Federal Government and state governments to act fast to prevent another round of industrial crises in Nigerian public universities.

“The Nigerian government should be held responsible should ASUU be forced to reactivate the strike it patriotically suspended on December 23, 2020.”