With 559 Days to Go, Buhari on Aggressive Int’l Investment Drive 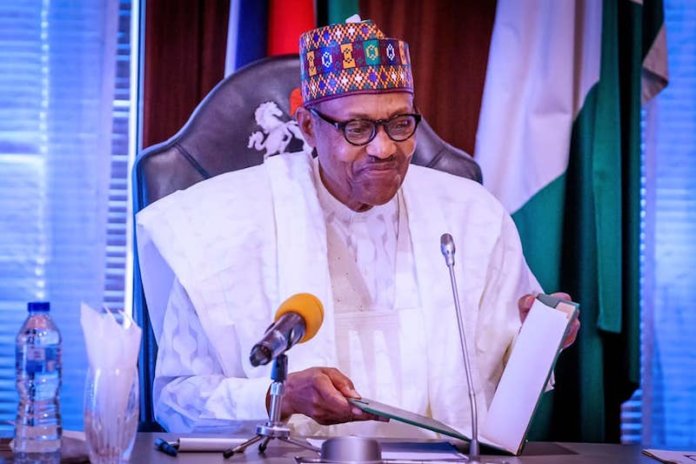 With 559 days to the end of his tenure, a normally reticent President Muhammadu Buhari has come out of his shell, flying from one investment summit to another in aggressive pursuit of foreign investors.

Nigerians are currently seeing a different Buhari who is eager to document his achievements at every stop on his international investment drive.

In France last week, when he hosted Managing Director of the Islamic Development Bank (IDB), Dr. Mohammed Al-Jasser, and Chief Executive Officer of Total Energies, Patrick Pouyanne, among other global CEOs, Buhari had said, “We need roads, rail, power, airports, housing, and that is what we have engaged ourselves with in the past six years.

“And our people are seeing the new developments. Relative to the resources available to us, we have not done badly.
“What we are so dependent on (crude oil) has lost a lot of energy. It is coming back gradually, and we are breathing a bit more with some confidence. But we expect greater cooperation from you.”

The president has been on an unusually aggressive investment promotion push in the past three weeks, moving from Saudi Arabia, to France and, presently, South Africa, as he markets the country’s business opportunities to global investors in the quest to attract foreign direct investments (FDIs).

Buhari departed Paris, the French capital, at the weekend to join other African leaders in South Africa for the opening ceremony of the second Intra-African Trade Fair (IATF) 2021. The trade expo is expected to attract $40 billion investments to the continent. The president is attending the event on the special invitation of South African President Cyril Ramaphosa.

The event, holding from today to November 21, is convened by the African Export-Import Bank (AFREXIM), in collaboration with the African Union Commission (AUC) and the African Continental Free Trade Area (AfCFTA) Secretariat.
The fair, with the theme, “Building Bridges for a Successful AfCFTA,” is aimed at boosting trade and investment across the African continent.

It also promises to create the enabling environment for businesses to thrive across the African continent; bring to fruition the lofty ideas behind the creation of AfCFTA by providing the platform to further identify and proffer solutions to challenges militating against intra-African trade; and generate market information needed to connect buyers and sellers throughout the continent.

While in Paris, the president took part in a one-day Nigeria International Partnership Forum, with focus on, “Beyond the Pandemic,” as well as the Peace Forum, both of which afforded him the opportunity to market Nigeria to the world. These investment meetings came few days after the president returned from Riyadh, Saudi Arabia, where he also participated in a three-day investment conference organised by the Future Investment Initiative Institute.

In France, top government officials as well as captains of industry in the country discussed business opportunities in Nigeria, with participants agreeing that the country needs massive infrastructure growth to have a seat among the world’s industrialised nations.
Some senior government functionaries and businessmen who took part in one of the panel discussions broadcast on Arise News Channel, THISDAY’s broadcast arm, included Nigeria’s Minister of Power, Aliyu Abubakar; Minister of State, Petroleum Resources, Timipre Sylva; Minister of Communications and Digital Economy, Ali Pantami; and Minister of State, Transportation, Gbemisola Saraki.

Samad, speaking at the Nigeria International Partnership Forum, tagged “Beyond the Pandemic”, explained that Nigeria sat atop billions of tonnes of mineral resources. For instance, he said, the country only produced 30 million tonnes of its five billion tonnes reserves.
He stated that although opportunities abounded in the country, the dearth of infrastructure remained a big problem, explaining, for instance, that transporting a container load of products from China to Lagos is cheaper than shipping the same items from Lagos to Kano.

The BUA chief executive argued that he shut down some of the company’s production plants in the country because of the lack of power supply, noting that a lot of foreign investments would be required in the sector.

Samad stated, “We are sitting on billions of tonnes of different mineral resources. If you look at limestone, the area that I represent, because I have plants in Nigeria, Nigeria is sitting on over 4-5 billion tonnes of limestone. Today, we are producing about 30 million tonnes of cement, that is a combination of all the companies that are in Nigeria and scattered all over the country.”
He added that Nigeria was one of about 12 countries sitting on iron ore, gas, and coal, yet it remained the only country not producing steel and spent $2.5 billion annually importing the commodity.

“You know, because without infrastructure, there is nothing you can do. Today, believe it or not, it is cheaper to transport a container from China to Lagos than to transport the container from Lagos to Kano. And that is the truth. Even though you know freight rates have gone up and that is because we do not have proper infrastructure at the ports.
“We have only about three ports, so we need to improve on these areas. But all these things need finance. And unless, of course, we are able to get finance and be able to do these things, it will be very difficult.”

Kyari stated that the new Petroleum Industry Act (PIA) presented another opportunity for Nigeria, stressing that the current high oil and gas prices are only a reflection of the imbalance between demand and supply.
He said, “Supply is not meeting demand today. As we all may be aware, today, global demand is at levels above pre-COVID levels. It is about 100 million bpd.”

On his part, Pantami stressed that Nigeria remained the economic gateway to West Africa, with over 200 million people. He said the rest of West Africa was just about the same population with Nigeria.

“Furthermore, the entire continent of Africa has a population of approximately 1.3 billion people,” Pantami stated. He added, “Being in Nigeria, you are relatively at the centre. And you will have proximity to other parts of Africa, particularly when it comes to investing in Information and Communications Technology (ICT).

“As we all know that the youth are the digital natives. They understand ICT better than any other category. In Nigeria, you will discover that the average age in our country is 18.1 years old. By implication, our population has been dominated by the youth and they are digital natives.

“In addition, this makes Nigeria to be the 14th youngest country in the world, as it is today. So, these are some of the benefits we have in Nigeria, in addition to cheap labour, and many more and the cosmopolitan nature of the country.”
While underscoring the need for foreign investment, Ovia recalled that when the telecommunications industry began to grow in Nigeria, the then Econet brought its technology from Zimbabwe, a much smaller country, while MTN brought its own from South Africa. He lamented that today, while tele-density was 100 per cent, broadband technology deployments remained at 40 per cent, stressing that there’s still tremendous opportunity in technology.

Oando boss, Tinubu stated that Nigeria had shown that it could be transparent in business, pointing that the open nature of the GSM bidding process in the early 2000s confirmed that Nigeria was capable of doing the right thing.
He stated, “We had a very simple, transparent advertisement for GSM licences, in the newspapers and on the radio. You paid a $20 million deposit to bid for licence. Now, this is an environment, which always was chastised that it’s a corrupt country, which nothing ever happens.

“We had a licence, bid for it, we won, $285 million and a group of young people started a GSM company, which rolled out. Today, it is a 30 million, 40 million line company. We have 120 million active GSM lines in Nigeria and one of the highest tele-densities in the world. There is skill in Nigeria and there is a market.”
Speaking also, President of Africaxim Bank, Oramah, argued that as long as Nigeria remained in the lower rungs of the value chain, it will never experience high economic growth.

He said, “So, what is the way out you may ask? I have no fresh insights to bring because we have discussed these same problems over and over again. But what we must do is begin to do what we always understand are the solutions.
“And I think the one clear way out is that we must begin to trade more with ourselves. In fact, I don’t think we need a rocket scientist to give us a solution. The solution is that we must all start doing, instead of just talking about problems and solutions.”

Over 45,000 children released from detention during COVID-19 pandemic – UNICEF

FG Berates US Non-profit Organisation over Allegation of Terrorism Sponsorship

Excess Crude Account drops from $325m to $70m in one month

In a New Low, Bandits Target Poor, Vulnerable for Abductions