SWAGA mobilising to save APC from defeat – Adeyeye 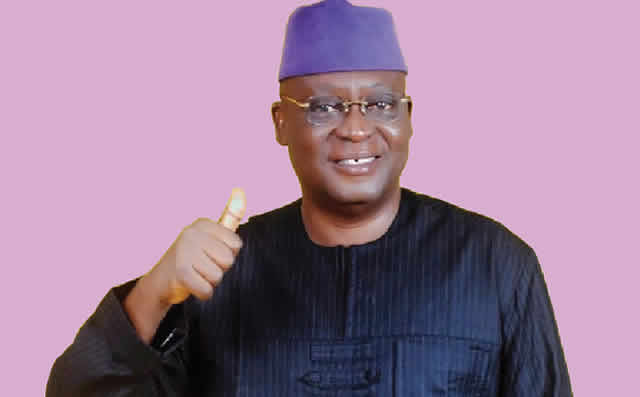 THE National Chairman, Southwest Agenda for Tinubu 2023 presidential ambition, Senator Dayo Adeyeye, has said that the aggressive mobilisation embarked upon by the group in Ekiti State is to save the All Progressives Party from defeat in the 2022 governorship election in the state.

Adeyeye, who said the Dr Kayode Fayemi administration had failed the people of the state, said that SWAGA had come in as the only saving grace for the APC in the governorship election mid next year.

The SWAGA chairman, who spoke in Ado Ekiti on Saturday while rounding off a sensitisation and mobilisation tour of the 16 council areas of the state, said, “APC in Ekiti has lost popularity despite being the ruling party owing to alleged politics of hatred and alienation being played by those loyal to Governor Fayemi.

“We are on the field to rekindle Ekiti people’s hope in the sensitization party”.

He noted further that, “SWAGA is now a movement that has taken over Ekiti. If APC conducts any primary for governorship in Ekiti and the presidency today, SWAGA will win. Asiwaju Bola Ahmed Tinubu that we are promoting is a man who doesn’t forget his people unlike betrayers that we have here. So, SWAGA is the right way to tread.

“They said it is direct primary, we are happy with that. They won’t be able to rig anything. The executives loyal to Governor Fayemi are fake, we are the authentic ones that conducted the congresses in line with the guidelines of our party, others were imposed.

“Let us begin the grassroots politicking. Don’t be afraid of anybody, this government has got to its twilight. Instead of going out to canvass for votes, they are doing their permutations on computers; that has always been their idea, but we are on the streets now working because we know the value of our people.”

The SWAGA State Chairman, Senator Tony Adeniyi, who said the large turnout of APC members had confirmed the group’s acceptability in Ekiti, expressed confidence that Fayemi’s successor would come from SWAGA.

He said, “SWAGA belongs to APC. It represents the agenda of Senator Bola Tinubu presidential bid. Those saying we are doing anti-party have psychiatry problem. We have not committed any crime for working for the presidential aspiration of Senator Tinubu in APC”.

But the APC State Publicity Secretary, Segun Dipe, accused Adeyeye of attempting to create division in the party which he (Adeyeye) joined because of its popularity, saying, “If you come as a stranger to a party and the first thing you do is to divide it, then ask yourself what is the problem.

“APC is the only party now in Ekiti that has a Secretariat, that has executive committee, it is the only organised party that we know of today in Ekiti. If he is saying APC is unpopular, then there is no popular party in Ekiti. I can assure you that APC is very popular.”

Ekiti 2022 and The Intriguing Battles Over Zoning