My Takeaways from the 2021 PDP Convention 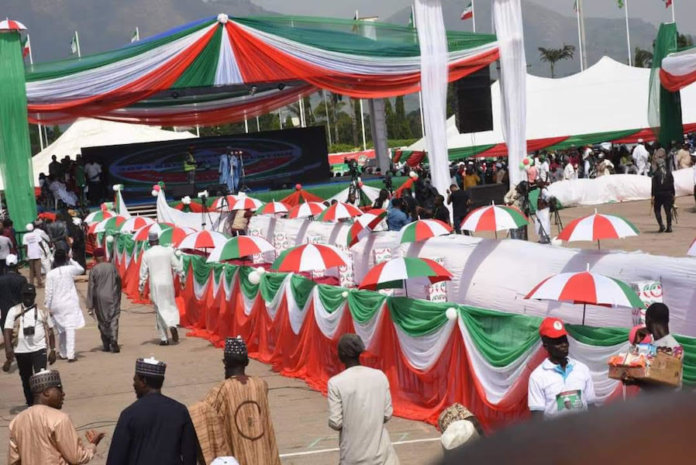 The October 2021 PDP Convention has come and gone. But the many lessons it teaches anyone who chooses to learn remain.

One is the near faultless organisation. An admirably orderly and generally peaceful convention which can be recommended as standard for political parties in Nigeria. We may have to write on this aspect another day.

But right now another lesson which is very important to me personally is what I saw in some delegates from Benue State. At the venue and during balloting they didn’t look extremely unusual. But shortly after the event had concluded, group photographs of some 14 jolly friends surfaced. Upon enquiries, I found out that they were pictures of governorship aspirants from Benue State. They, wearing the same clothes, had apparently assembled and posed for photographs in the residence of one of them before heading for the convention. Aspirants vying for the same office were in uniform. They assembled in a place to chat, deliberate, wine and dine, and then took photographs.

I felt instantly emotional. I wish it were my State– Ekiti State– that had demonstrated that uncommon friendship in politics. I wish we were the ones that had shown to the whole world that wanting to serve your people does not have to turn the applicants to sworn enemies of one another.

If I can remind you very quickly: Benue State has at least seven main tribes. Seven main tribes! About 10 or more, broadly. The “seven main ethnic groups each with a distinct cultural heritage” are: Tiv, Idoma, Igede, Etulo, Utono, Akpa and Igala. “The people of Benue State hold their cultural heritage in high esteem.” The state has 23 constitutionally recognized local government councils. In other words, there’s no such thing as the state being homogeneous! Yet, the burning love for their people made the Benue State PDP governorship aspirants, politicians like us, show such a high level of togetherness. Love for their people bound and bonded these exemplary politicians together.

Ekiti (with only one tribe, only one language and only one dialect) is said to be the most homogeneous state in Nigeria. Apart from speaking the same standard Yoruba, we can attain nearly ninty-six percent mutual intelligibility when we use Ekiti dialect to communicate with one another. We are more compact than any other state in Nigeria. We are not complex. We have the same perspective and philosophy of life. Education and agriculture are our main industries. It is from Ekiti people that occupants of all political positions meant for Ekiti State will emerge. And the purpose for occupation of any position is usually to serve. So if all of us politicians truly desire a better life for the rest of Ekiti people, why can’t we seek political positions with love of one another at heart, and in singleness of purpose?

The PDP in particular, I have said this several times, must come together and unite to save Ekiti people, come 2022. I don’t need to say much on the agonizing plight of the Ekiti people at the moment. Independent assessors can go to Ekiti State. Don’t go to people who have official or government resources to manipulate information or people whose jobs will automatically gag them from saying what they know. Visit the villages, talk to the common people, and workers confidentially. So the PDP owes it a sacred duty to rescue the people. Any error due to disunity, ego, injustice, selfishness among the PDP will only push the people into deeper abyss of poverty, hopelessness, humiliation and frustration.

From my interactions with the people so far, the PDP is their hope. But, unless we come together as one like the termites and the soldier-ants, unless we demonstrate love in our words and deeds like the Benue State PDP governorship aspirants, unless Ekiti PDP pursues purposefulness, fairness, team success, overall well-being of the PDP and the people, it may be difficult to give back power to Ekiti people in 2022.

It is not too late. Ekiti PDP governorship aspirants, let’s come together and rescue Ekiti. When our new NWC is inaugurated in December, Ekiti election will be their first major assignment. Let’s make their job easy for them by coming together ahead of time. Even if for the love of our people, let’s do it. We have leaders who can make this happen.