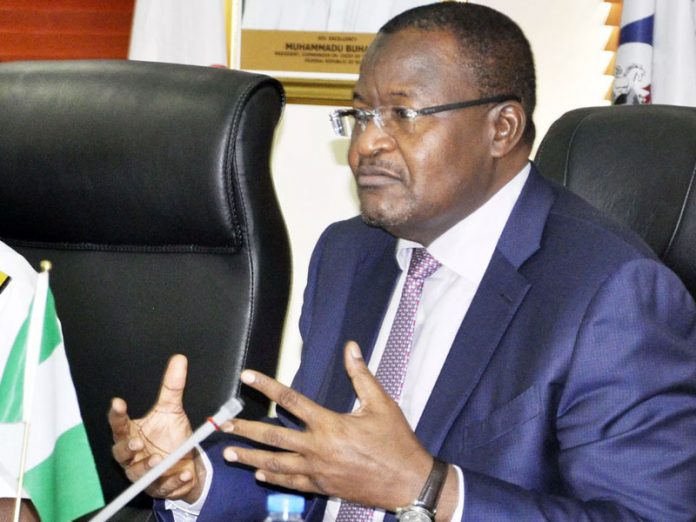 The telecoms industry regulator, Nigerian Communications Commission (NCC), has assured Nigerians of its renewed commitment to collaborate with industry stakeholders in focusing on the next frontier for the telecoms sector and come up with ideas on how best to drive the new frontier in order to ensure consistent digital economic growth for Nigeria.

The Executive Vice Chairman and CEO of NCC, Prof. Umar Garba Danbatta, gave the assurance in Lagos during a special telecoms summit, organised by Compact Communications Limited, in commemoration of 20 years of telecoms revolution in Nigeria.

Danbatta who was represented by the Director, Public Affairs at NCC, Dr. Ikechukwu Adinde, said: “First, as a foremost telecommunications regulatory agency and consistent with our mandate as enshrined in the Nigerian Communications Act (NCA), 2003 and other guiding legislations, the NCC has always been at the forefront of leveraging latest technologies to put Nigeria on the global map of the digital economy. The NCC has been working to ensure increased broadband penetration in line with federal government’s targets as contained in the Nigerian National Broadband Pan (NNBP), 2020-2025, launched by President Muhammadu Buhari in March 2020. Some of the key targets of this national policy document are to ensure a 70 per cent broadband penetration to at least 90 per cent of the population. It also seeks to achieve broadband speeds of 15Mbp and 25Mbps in rural and urban areas respectively over the next five years.”

According to Danbatta, NCC would collaborate with industry stakeholders to sustain those initiatives and to also drive new initiatives in ensuring deployment of Fifth Generation (5G) Mobile Technology in Nigeria, with a view to having an enhanced digital economic growth for Nigeria.

“With the emergence of technologies such as 5G, which offers enhanced Mobile Broadband (eMBB), Massive Machine-Type Communication (mMTC) and Ultra-Low, Ultra-reliable Latency Communication (uRLC), there is already a platform that would bring succor to our connectivity challenges if the requisite policy, frameworks and infrastructure are put in place.

“The Commission recognises that emerging technologies such as 5G, Internet of Things (IoT), Cloud Computing; Quantum Computing Augmented/Virtual Reality, among others, are already playing a critical role in improving remote communication over the internet with great user experience globally. This explains why NCC has seen the need to promote the use of these emerging technology trends for great economic development in Nigeria,” Danbatta said.

This, to us, is the next frontier for the sector. While emerging technologies are disruptive by nature, Nigeria cannot afford to lag digitally behind and this explains why the commission is engaging in developmental regulations for the industry and we are irrevocably committed to this, Danbatta further said.

Former Executive Vice Chairman of NCC, who is currently the Board Chairman of MTN Nigeria, Dr. Ernest Ndukwe, who personally delivered the keynote address at the telecoms summit, said the successful conduct of the spectrum auction for the three Digital Mobile Licences (DML) on offer by the NCC during his tenure in 2001, set the right path for mobile telephony and digital transformation in Nigeria.

According to Ndukwe, “Three operators, Econet, a consortium of Zimbabwean and some Nigerian businessmen; MTN, a South African mobile company; and Communications Investment Limited (CIL), a Nigerian company; emerged successful in the bidding process with the bid price of $285 million each for a 15-year operating licence and with a five-year exclusivity period. The fourth licence was reserved for the incumbent operator NITEL and its mobile subsidiary M-TEL, which also paid $285 million for the licence. Each licensee was also required to achieve a subscriber base of at least 1.5 million lines by the end of the 5-year exclusivity period. CIL eventually was to forfeit its licence after failing to pay the bid amount within the mandatory deadline. The licence was later re-auctioned as part of the Second National Operator licence in 2002, which Globacom Ltd, a Nigerian company won at the bid price of $200 million.”

Speaking about the socio-economic impact of the telecoms revolution, Ndukwe said the Nigerian socio-economic landscape had been greatly transformed through the telecommunications sector in the last two decades.
He therefore called on government across board to sustain the achievements recorded so far in the telecoms sector.

“For the future and to sustain the progress made in the industry it will be critical for government to continue to maintain stability in the policy and regulatory space. The high investment levels that have been attained in the sector, was not because Nigeria suddenly became one of the most desired investment destinations for ICT in Africa or because of its large population. The massive inflow of investment was largely because of the stable policy and regulatory regime that the industry enjoyed since 2000. This must therefore be maintained,” Ndukwe said.

Stock Market Down by N19bn on Profit-taking in Zenith Bank, Lafarge Africa, GTCO