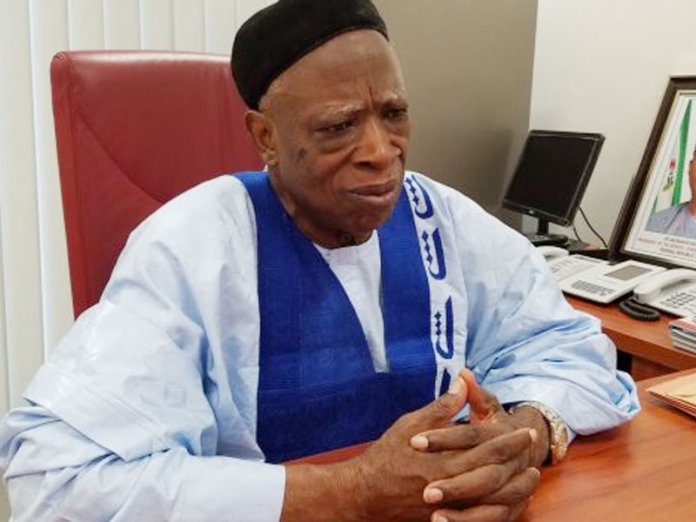 The Chairman of the ruling All Progressives Congress reconciliation committee, a former governor of Nasarawa State, Senator Abdullahi Adamu has told members of the party that are aggrieved to forward their written petition to the committee. Nseobong Okon-Ekong reports

There is a hardly any state chapter of the APC without one issue another, mainly arising from the governorship primaries and the congresses held so far, what are you doing about it?

We are not going to assume. We have to formalize it, party issues is not a one man issue. It is a body of institutions comprising of members of the party. Where there are complaints, we want to have them in writing, put it on record on what complaint and coming from where and from whom. We would arrange after compiling the complaints, we will arrange to have interaction directly with the sources of these complaints. Who are the principal persons behind the complaints then we will have a meeting with them. Then round up with the leaders of the party, so that we will also tap from their experiences and fair knowledge of what is happening to our party. By the time we do that we will have a complete package of the solutions that were provided. We will do our best to see that this assignment succeeds.

Generally anybody that is aggrieved will petition, they will formally submit what is their grievances, what is offending them. We will not work on speculations, we want to have a formal presentation on the areas of conflicts and on the basis of that, we see how to approach our solution and efforts to reconcile the disagreeing parties. We don’t want to work with speculations. Anyone who is aggrieved should write formally to us, the committee.”

What are you going to do about members who have approached the courts and have rejected all pleadings to withdraw their court cases?

We also find means to encourage those who have drag the party to court to withdraw their court cases. You know the party has advised members against instituting legal action. We don’t want to go to convention as a divided house. We will address the grievances before the convention.

Presidential Hopeful, Tinubu, Jets Out to Rest After Consulting