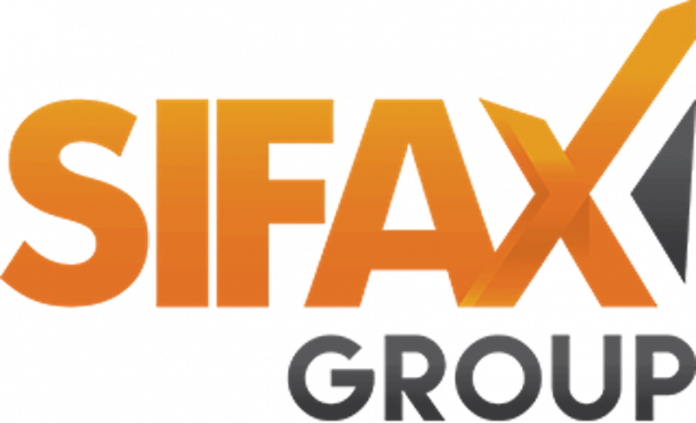 Sifax Group has announced plans to complete its off dock container terminal by middle of 2023, noting that the move is to be the biggest player in the maritime industry.

According to the Managing Director, Sifax Group, Mr. Paul vd Linden, the expansion is also aimed at reducing the numerous queues caused by delay in cargo clearance at the various terminals in Apapa and Tin Can ports.

Linden at a media tour of its inland container terminal, said since the establishment of the terminal last year, it has so far done approximately 15,000 unit of container representing 22,000 TEUs, adding that approximately 6000 empty containers translating to 10,000 TEUs have also been transacted in the past one year.

“We are looking at a fast turnaround of containers getting then in and out the terminal. This is why we are open 24/7 because we want people to bring in their containers so that we can do more. In the next 1 and half years, we should able to round up all the work here in the terminal,” he said.

“On export, we have done about 1000 containers representing 1500 TEUs. This is the first container terminal through water. We have done more than our expectation. We have about 600 customers using this terminal every day. These are customers we have been working with under one year of our operations,” he said.

He added: “The reason why this terminal was set up was because of the queues in the various terminals in Apapa and Tin Can and there have been a lot of complaints from shipping lines, exporters and agents in Nigeria leading to high cost of doing business.”
He said the expansion of its off dock terminal would help to prevent storage charges and improve turnaround time of cargo clearance.

“For us, this is a good situation for the stakeholders in the industry as their containers will go out fast and it would prevent storage charges and at the end of the day, the people who are buying these products from importers would see the cost reduced significantly.

That is the reason why we set up this terminal. We are working with a call-up system as we do not allow too many trucks to come to avoid queues,” he noted.

He stated that billions of naira have been invested over the past 12 months with plans to invest even further.
“One of the issues we have is that we have lots of wrecks in the water which sometimes lead to dangerous situations, but working hand in hand with regulatory agencies to remove them. We know that there are procedures we need to follow for us to remove these wreckages,” he averred

“For our first year of operations, the terminal has recorded 33,500 TEUs of cargo processed. These include 22,000 TEUs of full-laden containers, 10,000 TEUs of empty containers and 1,500 TEUs of export containers. This was achieved due to our solid investment in technology, responsive customer care as well as a motivated work force.”

The Sifax boss said the terminal is also playing comfortably in the reefer container space adding that its has a solution where it picks temperature-sensitive produce directly from farms across the country to its terminal in Lagos to export in excellent condition.

On the terminal’s future plans, Linden said the phenomenal growth of the company in the last one year has necessitated an expansion of its facilities with the acquisition of adjoining properties which are currently being reconstructed to cope with the surge in demand. He said the current capacity of the terminal which stands at 15,000 square meters will be increased to 83,000 square meters when the on-going expansion work is completed.

Other projects in the terminal’s future plan include building of a strong quay in readiness to berth feeder vessels, as well as the purchase of more cargo handling equipment and a transit park for trucks using the facility.