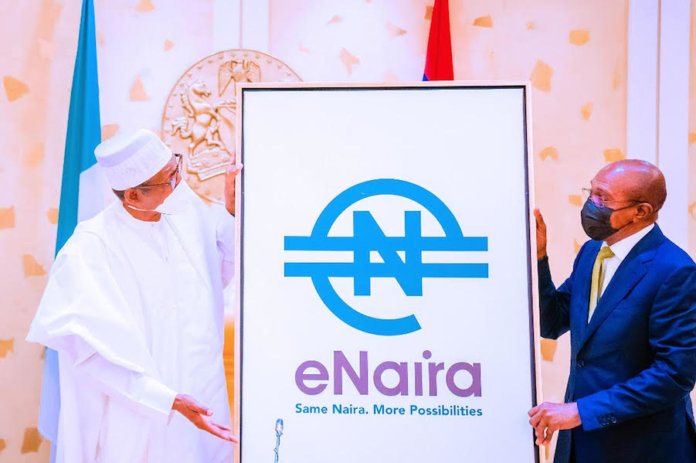 Speaking on Arise News Channel, THISDAY’s broadcast arm, the Advisory Partner and Chief Economist, PwC Nigeria, Dr. Andrew Nevin, explained that the implementation would not only ensure cheaper transactions, but would take banking services to the poorest and most vulnerable in the society.

He stated that the launch of the e-naira would cut the cost of printing cash and getting it in the hands of people, stressing that it would also create money in a very simple form and reduce the problems associated with the use of current electronic forms of transactions.

While pointing out that the medium would dramatically cut all the complexities associated with existing systems, Nevin described it as a, “one person to one person” platform, adding that a lot of functions could be built into it in the future.

“So, it becomes very easy for someone who is in the diaspora, say Wisconsin, to be able to go on a website or an app and instantly transfer value to their mother in the village in Enugu for example and that’s really a major change,” he stated.

In a very short time, the PwC chief economist stated that Nigeria could become the largest country that uses Central Bank Digital Currency, assuring that it was going to be a beacon for all African countries.

“I think Nigerians are going to find out that it’s just very easy to use it. They are used to the way this instant value transaction works, instant movement of value from all of their experience with crypto assets but now we’ve taken that same technology, not with some dubious asset we are not sure of the value. So, I think the uptake will be very fast,” he added.

He emphasised that while it’s not a replacement for banks and fintechs, the next 10 years would hold plenty chances to innovate, saying that the plan to adapt it to non-smart phones will boost the number of people using it.

The PwC official said from the projection , in the next five to 10 years, more than $29 billion could be realised as addition to Nigeria’s GDP, stressing that he disagreed with groups that think it will add no value to the nation’s economy.

“In terms of an estimate of the impact on the economy, that’s not our number. I’m not sure where the president got that number of $29 billion over 10 years if I heard him correctly. But we are doing our own calculation at PwC, I hope when we’re finished you can invite us back, but I don’t make projections about the future.

“But on this issue of the total economic impact on the country, when you take the impact of being able to transfer value at low cost of transactions, transfer at no cost, the ability of people to do things without having to worry about any change (balance) , the ability to transfer money to Nigerians as part of social programmes, the impact on diaspora remittances, my guess I’ll say is that when PwC Nigeria comes out with an estimate, it’ll be bigger than what the presidency says.

“I think the five to 10 year impact will be considerably more than what the president says, but you know we’ll come back when we’ve done our proper calculations,” he said.
He further explained that the cost of preventing counterfeiting, movement of cash, cost of cash handling, cash transportation in this country, costs of cash destruction, especially dirty notes will be reduced with the new digital currency.

In Riyadh, Buhari Calls on World Leaders to Invest in Policies that Guarantee Global Security