Fashola Calls for Audit of All Privatised Govt’s Assets 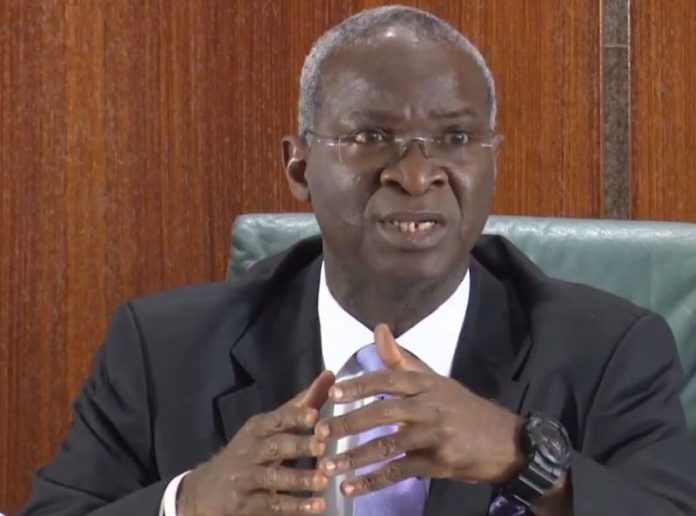 The Minister of Works and Housing, Mr. Babatunde Fashola has called for the audit of all government’s assets that had been concessioned or privatised.

He said there were certain assets that the private sector had not been unable to deal with.

Fashola stated this yesterday in Abuja, at a public hearing organised by the House of Representatives Committee on Privatisation and Commercialisation of Government Assets.

The minister stated that he was not against privatisation, but wondered why any time the country has a developmental problem, the silver bullet is given to the private sector, Public Private Partnership (PPP).

Fashola said: “The first thing I want to ask is that, of all the assets that we have disposed of and the reasons for disposing them or for commercialising them or for privatising them, have we achieved the objective that we set out to achieve? I think we should ask that question.

“And I think apart from making this law, that undertaking would be a profound service to Nigeria, so that all of us will have a very clear understanding of the capacity, ability and what is realistic to expect of the private sector.”

The minister stressed that there was need to be more circumspect about certain types of assets that were being concessioned or privatised.

Fashola added: “I think that it would be helpful to have an audit of all the assets that have been concessioned or privatised in the name of improved efficiency and then to ask, ‘have we achieved that objective?’ I think if we do that and interrogate very honestly, some of the things that would begin to become obvious to us is that we need to be more circumspect about certain types of assets.”

Fashola added: “Let us take two highways that we offered for PPP. The Second Niger Bridge was conceived as a PPP. The Lagos-Ibadan expressway was conceived as a PPP. But if we had asked a very basic question at the time – N200 billion plus projects, which bank in Nigeria has ever lent N200 billion to any individual? We asked that question and we knew that it was not the way to go.

“The Lagos-Ibadan expressway in 2006 and the Second Niger Bridge in 2010; nothing significantly happened on those projects until 2016. So, we lost like 10 years before this administration now started funding directly. Again, like I have said, I have nothing against PPP; there are just classes of assets that are social assets, and that is the responsibility of government.”

Also, the Chairman of the Committee, Hon. Ibrahim Misau, said the policy of privatisation and commercialisation over the years had been dogged with numerous setbacks despite its good intentions.

He said it was based on this that the House was proposing a more potent bill to replace the existing one for improved efficiency and management of the nation’s public assets.

On his part, the Director General, Bureau of Public Enterprises (BPE), Mr. Alex Okoh, agreed with Fashola that not all public infrastructure and assets needed to be privatised.

He stressed that those that needed to be privatised or concessioned needed to be guided by clear and robust piece of legislation.

According to him, “We are in a precarious situation. The country has only recently emerged from recession following the destructive impact of COVID-19 pandemic. However, the resultant constraints in the fiscal space are still very much evident.

“Our debt stock is rising while our revenue is declining. This trend becomes more worrisome when considered against certain key economic indices.”

He said Nigeria’s debt to GDP ratio was on average 34 per cent which is higher than the international threshold of 30 per cent.

The director-general said debt service to revenue ratio was 98 per cent, far above the World Bank’s threshold of 22.5 per cent.

Okoh noted, “Notwithstanding this gloomy reality, there is still the possibility of emerging from this dark tunnel and into the light of economic prosperity by seeking to put in place a credible and robust mechanism to reset and reform the economy especially a robust asset optimisation and public, private partnership framework to attract private capital into infrastructure development, thereby stimulating economic growth.

“From inception to date, a total of 234 public enterprises have been successfully reformed by way of privatisation, commercialisation and in some cases, concession.”

Okoh pointed out that the globally acclaimed telecom revolution in Nigeria which has created a tele-density of about 96 per cent in 20 years, with a current contribution of 14 per cent to the National GDP, was a product of the reform of the sector.

On his part, the President of Nigeria Labour Congress, Comrade Ayuba Wabba, said the labour movement never believed that privatisation was the only way to enhance the country’s economic development.

“If by now, we have privatised 234 enterprises in Nigeria and we say that it is aimed at creating wealth and address the issue of poverty, yet we are the poverty capital of the world, then something is wrong with that policy. So, let us not come here and suger coat. Let us say it the way it is.”

APC AND THE ANAMBRA GOVERNORSHIP ELECTION