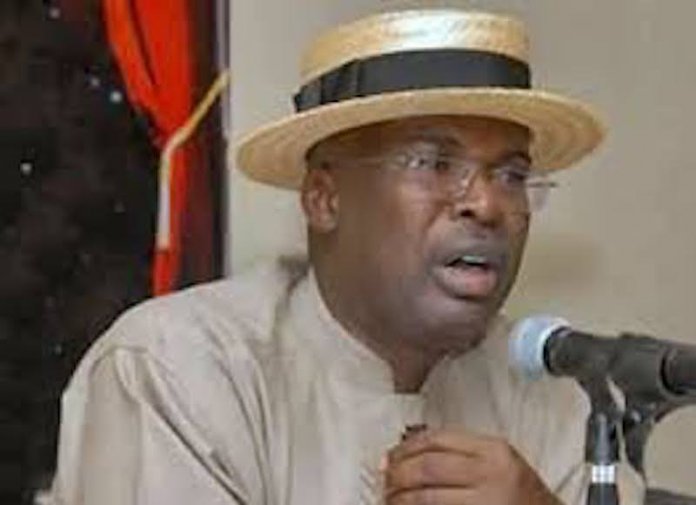 Minister of State for Petroleum Resources, Chief Timipre Sylva, has assured that Nigeria would meet the three million barrels per day quota allocated to the country by the Organisation of Petroleum Exporting Countries (OPEC). Sylva said though the country currently produced about 1.3 million barrels per day, concerted efforts were being made to increase production to meet the OPEC quota.

Sylva gave the assurance at the weekend, during the 2021 graduation ceremony of Petroleum Training Institute (PTI), Effurun, Delta State.
The minister, who was represented by Permanent Secretary, Ministry of Petroleum Resources, Dr. Nasir Gwarzo, said the Federal Executive Council (FEC) had mandated the ministry to meet the three million barrels per day production within the shortest time possible.

Sylva stated, “Some of the strides of the petroleum ministry, one of which is the mandate to increase crude oil production to three million barrels per day. Today, we are producing about 1.3 million barrels per day. The ministry is putting all concerted efforts to meeting the current OPEC quota.”
Sylva also disclosed that the rehabilitation of Port-Harcourt Refinery and Petrochemical Company was on course, adding that soon, that of Warri and Kaduna would commence as well.

On the Petroleum Industry Act (PIA), the minister said the committee set up for its implementation would ensure that PTI carried out its responsibility of human capital development in the oil and gas sector in the country.

Sylva commended the Principal and Chief Executive Officer of PTI, Dr. Henry Adimula, for the successes recorded by the institute established for training students for the oil and gas sector.

Delta State Governor, Senator Ifeanyi Okowa, expressed satisfaction that the quality of training received by the graduating students would put them in good stead to compete with their contemporaries all over the world.
Okowa, who was represented by the Commissioner for Education, Professor Patrick Muoghbare, called on the public and private sector and organisations as well as captains of industry to look inward to graduands of PTI in the bid to resuscitate the ailing oil and gas industry.

The Principal/Chief Executive Officer of PTI, Dr. Henry Adimula, disclosed that a total of 2,297 students were awarded the institute’s Diplomas and certificates for 2018/2019 and 2019/2020 academic sessions. Of this number, he said 1,408 were awarded National Diplomas, 1,153 bagged Higher National Diplomas while 16 received the PTI General Welding Certificates.

Chairman of the Governing Council of PTI, Mr. Sarki Anwalu, congratulated President Muhammadu Buhari and the Minister of State for Petroleum Resources for the PIA. He said the Petroleum Training Institute was now better positioned and recognised as a key player in capacity building and competency training in the oil and gas industry.

He noted that when the refineries, being repaired, were fully operational, graduates of PTI would be in high demand in the oil and gas sector.

Wike: We Are Not at War with FG over Tax Collection