Okonkwo: I Will Spring a Surprise in Anambra Guber Election 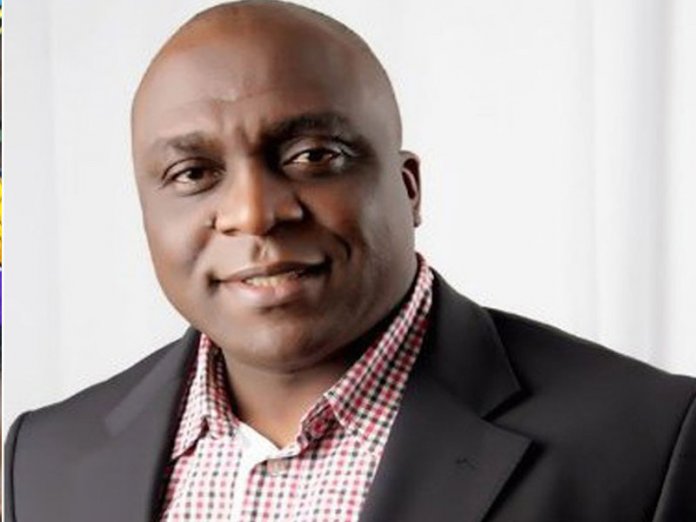 Dr. Obiora Okonkwo is a major contender in the November 6 Anambra State governorship election on the platform of Zenith Labour Party. He believes that his robust campaign anchored on a well-thought out 10-point agenda for the state, will give him victory at the polls. The astute entrepreneur and businessman, who sits on the Board of United Nigeria Airlines and other leading companies said Anambra people are now wiser and would go for the man who can deliver and not for “White Sepulchers” parading as political parties. Okonkwo said the electorate would vote for individuals and not parties, adding that street shows will not determine the winner of the election. Excerpts

If the election is held today, what chance do you and your party stand?

We have come a very long way since we emerged the candidate of Zenith Labour Party (ZLP) which was relatively an unknown party. And from the progress we have made in the last two months, I am pretty much convinced that if the election is conducted free and fair; we stand a chance of being the winner, for the reason that the reality is dawning on Anambrarians that the three major political parties; All Progressives Grand Alliance (APGA), Peoples Democratic Party (PDP) and All Progressives Congress (APC) are not the best options as things stand today. Apart from the damage these parties have done to themselves because of their previous actions and inactions; the people are also realizing that certain circumstances that have to do with various litigations do not leave the parties in the right positions. They know the situation of things are not getting better daily, this has further become clear to Anambrarians that this race is not about party; it’s about the candidate-his competence, his vision and his dedication to development in Anambra State. Having seen in recent times people jumping from one party to another; so, they are now saying; what is it in parties when one can be in a party today and tomorrow he jumps to another? So, they are saying, let’s follow somebody they can trust and believe in his vision even if it means blindly. People are looking towards individuals and when it comes to individual consideration, with all sense of humility, we are not rated lower than any one of them. A combination of these factors is what gives me confidence that this election is for my party, Zenith Labour Party and I to lose; knowing also that we have entrusted every other thing we do in God. We know that once God has said ‘yes;’ nobody can change it.

Though you are quite popular as seen out there in Anambra, but some persons are concerned about your platform; they say that the ZLP doesn’t have the structure to win the Anambra governorship. Don’t you see this as an impediment?

Yes, for a party that has not won any election in Anambra State, that concern might be right. But that was two or three months ago. The situation on ground now is different because political structures that we talk about are human beings; they are not concretes. Where human beings move is where the structure moves. As we speak today, we have developed the structure of the party at the grassroots; the 326 wards and 5720 polling units in Anambra State, having completed the list of our agents attached to each of the polling units in the state. We have also set a parallel structure made up of our support group in each polling unit. Those are numbers and when you merge them, they run into hundreds of thousands of people. So, we have been quietly and silently doing the most important thing towards this election, which is building silent, physical human structures instead of doing public show; the ones that eyes could see. We can give you names and list of those who really believe in us that are already dedicated to cast their votes. Beyond that, we have also received within our fold a whole lot of other structures which we are inheriting. These are groups of people who have their own structures who do bulk voting and we have been going into some negotiations; a good number of them we are keeping low and quiet as instrument for upset and few others we will probably make public in the coming days. For what we know, which people do not know; I think that I am quite happy at the stage things are now. Besides, it remains work in progress as a lot of critical things would still happen few days to the election and we are positioning ourselves, so that when that happens, it will be to our advantage.

Some people feel that you have taken a wrong political step by leaving the PDP to vie for governorship in ZLP?

What do you think can stop you from winning the November 6 governorship election?

The only thing that can stop me from winning this election is if God says ‘no;’ otherwise, human beings have done their worst by manipulating the governorship primary election of the PDP which we were already coasting home with 80 percent victory as the most popular contestant. They have done their worst and I was not stopped. Today, I am a candidate. I am in the race. So, nothing else can stop me except God. And we have always said that we have God the father; He knows that in our mind, that we’re coming for service, we’re coming to offer our talent and endowment to the service of humanity, and glorify the name of God. So, we believe that He is God that can do everything and there’s nothing that He cannot do. If it pleases Him that we win this election, nothing else can stop us except if He says no.

Are you expecting any surprises in this election?

In terms of surprise; we are the surprise. What I know that will happen will rather be a surprise to other people which is seeing somebody who has no godfather coming from a relatively new party in the state and winning the election. The surprise to them also should be that all the plots to rig the election; manipulate the process, God will destabilize them and they will become impotent on that fateful day which will lead to their downfall. The truth of the matter is that the three major political parties in the election are making every move to rig the election to their favour because they have always won elections in the past by having such undue advantage. But we believe that the almighty God who sees their moves in darkness and in secret, who knows that what Anambra people need at the moment is the right person and they have actually embarked on prayers asking God to give them that right man. There is an adoration going on, asking God to bring a God-fearing leader who will have the interest of the people of the state at heart. So, if this prayer is heard and God does His will, the surprise is that all these people will fail in their plot and God’s will then prevail.