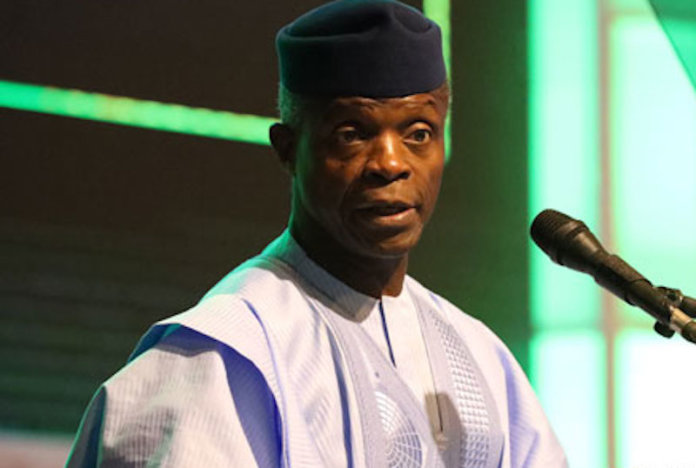 The federal government and the 36 states have resolved to compensate victims of the #ENDSARS protests that rocked several states in October last year, as well as prosecute all persons indicted by the panels set up to investigate the protests.

They also urged youths planning to commemorate the one year anniversary of the protests with another round of protests, to shelve the idea and seek other lawful alternative to drive home their point.

These were some of the resolutions of the National Economic Council (NEC) yesterday at its monthly virtual meeting, attended by the state governors with Vice President Yemi Osinbajo presiding.

A communiqué issued at the end of the NEC meeting, signed by the Media Assistant to the Vice President, Laolu Akande, stated that upon the receipt of reports from judicial panels, regarding EndSARS protests, set up in 28 States across the country and in the FCT, the NEC resolved that payment of compensation to victims should proceed in each state, in collaboration with the federal government, establishing the modalities for the settlement of all monetary compensations awarded by the panels.

The NEC also unanimously resolved to ensure the prosecution of persons indicted by the panels.
“The Council specifically directed states “to immediately forward copies of final reports of the panels to their Attorneys-General for prompt arraignment and prosecution of all indicted persons.

“Where incidents in the reports relate to matters of discipline, in addition to prosecution, NEC urged the Nigeria Police Force to take disciplinary action on the affected officers in line with the provisions of the Police Act 2020,” states the communiqué.

NEC members also strongly advised those planning protests to mark the anniversary of the ENDSARS riots to reconsider the option in view of “current security situation across the country and the possibility of such protests being hijacked by armed hoodlums and other opportunistic criminals to cause mayhem at such protest events and venues.”

It adds: “Organisers of the planned protests should explore the various channels of communication with government at various levels to advance their positions and avert the breakdown of law and order that may result from such public protests.”

Other issues discussed at the NEC meeting included the presentation of the draft National Development Plan (2021-2025) memo from the federal Ministry of Finance, Budget, and National Planning, which is a successor plan to the Economic Recovery and Growth Plan 2017-2020.
Among other highlights, the presentation and memo were to acquaint Council with the need for linkage between Annual Budget and Plans.

The plan also targets an average of 5% GDP growth, the creation of 21 million jobs, and lifting 35 million people out of poverty within the duration of the Plan.

NEC also received a presentation from the Governor of Kebbi State on behalf of the Grazing Reserve Audit Committee: “The summary of the presentation was to brief NEC on the essence of the audit which is to document available land in order to aid the implementation of the 10-year National Livestock Transformation Plan approved by NEC in 2019. The presentation clarified that the audit committee is not mandated to recover grazing reserves.”

On COVID-19, NEC received a progress report from the Chairman of the Committee and Delta State Governor, Ifeanyi Okowa, who informed the Council that the Federal Ministry of Health was establishing oxygen plants across the 36 States in the country, but currently, six states had been provided with oxygen cylinders so far.

Governor Okowa further said the federal government had paid for 40 million doses of COVID -19 vaccines coming in batches and that a considerable amount of the vaccines would come into the country between now and January 2022 while Nigeria is now classified among the 50 countries in the green zones.