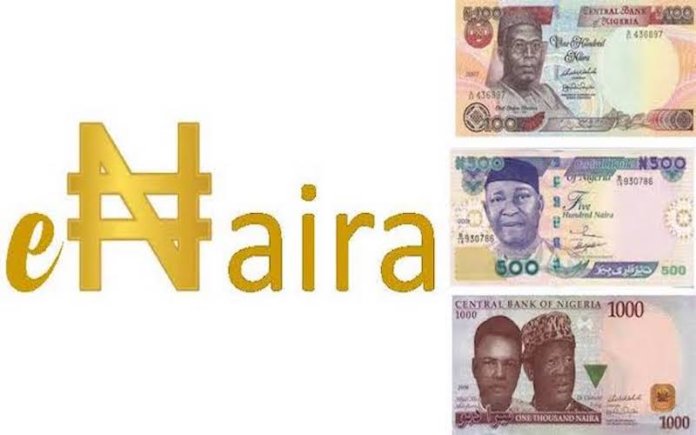 In line with the Central Bank of Nigeria (CBN) desire to introduce the e-Naira, the Chief Commercial Officer, Prosperis Holdings, Mr. Efe Shaire, has said the introduction of the digital currency into the economy would promote improvement in the electronic payment system, reduce transaction costs, and the dependence on cash.

Shaire, who disclosed yesterday in an interview with THISDAY, said the advent of electronic payments and settlements of transactions have been a big boost to e-commerce and the economy.

He also stated that efficiencies have been introduced that have greatly shortened transaction cycles and settlement times as well as increased the rate of trade and transactions.

He hinted that the introduction of the eNaira is an advancement of the payments systems and infrastructure that would further entrench the gains recorded with electronic payments systems.

He noted that the eNaira technically is linked to the FIAT Naira, adding that it should be seen as having the same value and attributes of fiat Naira, “as such, it will exchange for the same value as fiat Naira in currency markets.”

Shaire further explained that the e-Naira is not a stable coin, pointing out that a stable coin is a privately issued type of digital currency with a built-in mechanism to minimize price fluctuations and keep its value stable.

“The potential for Central Bank Digital Currency (CBDCs) to accelerate the rate and incidence of inflation is a very topical issue with various views and positions across a broad spectrum of market participants. With CBDCs, central banks would theoretically possess the ability to directly deliver a digital currency to consumers’ bank accounts, which would be ready to spend immediately through all electronic channels and traditional debit cards. In principle, such a mechanism could also accelerate the movement of liquidity through the financial system into the consumer economy and accelerate the rate of inflation.”