19 Months to Go, Buhari Urges Ministers to Pace Up on Goals 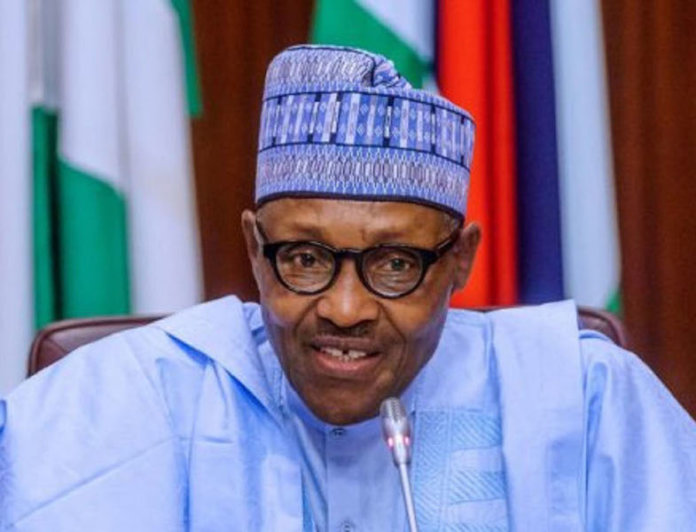 With just 19 months and two weeks to finishing his two terms of eight years tenure, President Muhammadu Buhari, yesterday, directed ministers and permanent secretaries to redouble their efforts and work in synergy towards total delivery of his administration’s set target to improve the livelihood of all Nigerians.

The president, who gave the charge at Abuja, during his closing remarks at the end of a two-day Mid-term Ministerial performance review retreat, also instructed the ministers to, “ramp up implementation” of their mandates along the nine priority areas of his administration.

This is just as the Director-General of the World Trade Organisation (WTO), Dr. Ngozi Okonjo-Iweala, who spoke during one of the sessions at the retreat, lamented that cost of Nigeria’s trade was too high to attract foreign investors

Buhari, who further mandated the Secretary to the Government of the Federation, Boss Mustapha to convene quarterly meetings to enable them further review the administration’s priority areas, stressed the need for synergy between the fiscal and monetary authorities in the country to keep the economy on the trajectory of growth.

In the same shared spirit, the president directed the Head of Service, Dr. Folashade Yemi-Esan, to as a matter of urgency, invest in capacity strengthening of the Planning, Research and Statistics departments in all MDAs.

Buhari noted that intensive discussions at the retreat provided an opportunity to reflect on what this administration had done and the areas it needed to improve and refocus attention.

He said: “The retreat provided an opportunity for us to undertake an objective assessment of our stewardship in line with the contract we signed with the Nigerian people to deliver on our electoral promises. From the assessment report and discussions at this retreat, I am glad to note that progress has been made towards the achievement of our objectives.

“The independent performance assessment report presented on day one of the retreat, indicates that significant progress has been achieved in the delivery of the Ministerial Mandates. Distinguished participants, the discussions at the retreat have prompted the need for us to ramp up implementation on the deliverables.

“We must close the gaps in our implementation efforts to ensure that we attain set targets by 2023.”

It was against this backdrop that the president directed Mustapha to immediately begin the process of convening quarterly coordination meetings for each priority area based on the collaborative results framework.

He explained that the aim of the meetings was to ascertain status of implementation across the nine priority areas, identify bottlenecks, and proffer immediate solutions.

“All Ministers and Permanent Secretaries must be in attendance. These are not meetings to delegate,” he said.

The President also instructed the Office of the SGF to immediately commence engagement with stakeholders to agree and push forward a framework for the institutionalisation of the Central Delivery Coordinating Unit.

According to him, “All Ministers and Permanent Secretaries are to promote a robust performance culture across the Ministries, Department and Agencies (MDAs) by setting up intra-ministerial delivery task teams.”

Directing the Head of Service to as a matter of urgency, invest in capacity strengthening of the Planning, Research and Statistics departments in all MDAs, Buhari added that the initiative should be done in collaboration with the Central Delivery Coordinating Unit.

While underscoring the need for synergy between the fiscal and monetary authorities, the President assured Nigerians that his administration would continue to implement fiscal measures to improve domestic revenues and mobilise external funding support to build a more resilient economy.

He pledged that issues around expanding access to quality education, affordable healthcare and productivity of Nigerians would be given priority attention within the period of this administration.

“We will sustain all on-going efforts in rebuilding our health system through targeted investment in the health sector, especially, our vaccination drive to halt the spread of the coronavirus pandemic.

“This administration remains committed to providing the education and training required for employment and entrepreneurship, particularly using technology to impact the relevant skills on our youths.

“Our Social Investment Programmes will be sustained in the coming years. We will continue to reach out to the poorest and most vulnerable households through the National Cash Transfer Programme and other initiatives of government.”

The president further directed the Ministry of Humanitarian Affairs, Disaster Management and Social Development, to come up with a legislative framework for social protection that also guaranteed its funding stream.

Also, in view of the critical role of micro, small and medium scale enterprises (MSMEs) in economic growth and development, he added that, efforts would be geared towards removing all bottlenecks that militate against access to government support schemes by MSMEs.

“Government will adopt a holistic approach to industrialisation that is aligned with Nigeria’s aspirations and requirements, working closely with key stakeholders in the private sector. We will continue to support SMEs in view of their multiplier effect on the economy,” he said.

He spoke on the administration’s determination to build systems to fight corruption and improve governance, saying, “We will continue to address the issues that foster corruption and impair transparency in the management of public resources. Efforts will be geared towards improving coordination and synergy between anti-corruption agencies.”

On infrastructure, the president promised that the federal government would prioritise funding and ensure that all high-priority ongoing infrastructure projects were completed before the end of his administration.

He announced that the Presidential Infrastructure Development Fund would continue to support the delivery of legacy infrastructure projects across the country.

According to Buhari, the nine priority areas set out by the administration included building a thriving and sustainable economy, enhancing social inclusion and poverty reduction, enlarging agricultural output for food security and export as well as attaining energy sufficiency in power and petroleum products.

Others were expanding transport and other infrastructure development, business growth, entrepreneurship and industrialisation; access to quality education, affordable healthcare and productivity of Nigerians.

The administration has also prioritised building a system to fight corruption, improve governance and create social cohesion as well as security for all.

Meanwhile, Okonjo-Iweala, a former Minister of Finance and Coordinating Minister of Economy under the administration of former President Goodluck Jonathan, spoke of the need to improve the nation’s security in order to attract foreign and domestic investments.

The WTO DG said the country must cut down not only its trade cost, but also infrastructure cost, linkage cost, regulatory cost, customs cost, and all costs associated with moving goods from the factory to the final consumer to complement investment facilitation.

She pointed out that Nigeria’s trade cost was equivalent of 306 per cent tariff, one and half times higher than the cost in high income countries.

According to her, congestion, capacity constraints and high costs at Nigerian ports do not encourage investment as they make it difficult to build supply chain operations in the country.

She said: “Improving security and lowering transaction cost for foreign investment, even for domestic investment, would be necessary. And Nigeria is part of a group of countries negotiating an agreement on investment facilitation at the WTO.

“Once this agreement is negotiated, ratified and is being implemented, it could be instrumental in attracting additional trade-oriented investment.

“Nigeria’s trade costs are too high. According to the World Bank-ESCAP trade costs for 2019, trade costs for African countries are on average equivalent of a 304% tariff and for Nigeria, it’s even slightly higher at 306 per cent.

“These numbers are one and half times higher than trade cost in high income countries. Such high costs are not conducive to forming regional value chain.

“Congestion, capacity constraints and high costs in our ports make life difficult for anyone seeking to build supply chain operations in Nigeria and hence, expand trade from there.”

With e-Transmission, Direct Primaries, Senate Gives Power Back to the People