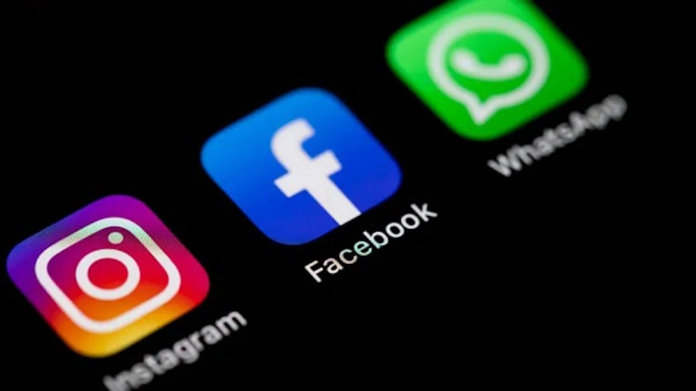 Earlier in the day, the three social media platforms had suffered outages, according to public statements from the three Facebook services.

Facebook had written on its Twitter handle: “We’re aware that some people are having trouble accessing our apps and products.

“We’re working to get things back to normal as quickly as possible, and we apologise for any inconvenience.”

The development made it difficult for its global users, Nigerians inclusive, to access the social media platforms.

All three apps, which are owned by Facebook and run on shared infrastructure, stopped working completely yesterday around 4pm Nigerian time.

When contacted, spokesperson for Facebook Nigeria, said the company was aware of the challenge and was making efforts to address it.

Part of the statement issued by Facebook Spokesperson, Andy Stone, read: “We are aware that some people are having trouble accessing our apps and products. We are working to get things back to normal as quickly as possible, and we apologise for any inconvenience.”

Stone, who did not give any timeline when the global outage would be fixed added: “Instagram and friends are having a little bit of a hard time right now, and you may be having issues using them. Bear with us, we’re on it.”

“We’re aware that some people are experiencing issues with WhatsApp at the moment. We’re working to get things back to normal and will send an update as soon as possible.”

The share price of Facebook closed the day by depreciating by five per cent as it lost tens of billions in market capitalisation.

When asked what could be responsible for the three apps going down at the same time and affecting services globally, the Chairman of the Association of Licensed Telecoms Operators of Nigeria (ALTON), Gbenga Adebayo, said it would be too early to ascertain the remote cause of the outage, since it is a global issue.

He, however, said it was good that Facebook had accepted the inability of users to access all of its three apps and that they were working to address the issue.

Visitors to the Facebook website simply saw an error page and a message that their browser could not connect. The WhatsApp and Instagram apps continued to work, but did not show new content, including any messages sent or received during the period.

According to a Facebook user, outages happen relatively rarely but tend to be vast in their impact, because they affect three of the world’s biggest apps.

In 2019, Facebook suffered its biggest outage in several years, and said the outage was triggered by routine maintenance operations.

In a leaked transcript published in The Verge in 2019, the Founder and Chief Executive Officer of Facebook, Mark Zuckerberg, had noted that such outages were a “big deal.”