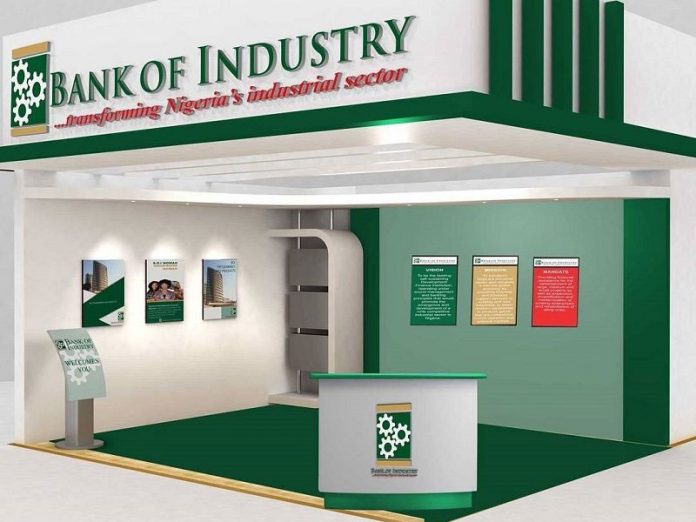 The Bank of Industry (BoI) has revealed that its disbursement to Micro, Small and Medium Enterprises (SMEs) and large enterprises has reached over N1trillion in six years.

According to the Development Finance Institution (DFI), the feat was achievable through strong strategic partnerships with various institutions in the state, federal government agencies and private sector organisations.

He said the BOI is at the forefront of industrialising the Nigerian economy and would continue to take deliberate steps towards addressing issues related to financing gaps across all business segments.

According to him, in the last three years, over $3 billion has been raised through the international financial market in its objective to continuously improve its capacity to bridge the huge financing gap that exist in Nigeria’s industrial sector.

He added that there is a growing number of start-up businesses in Africa at present, as young people are embracing their entrepreneurial mind-set and technological skills, resulting in the rapid digital transformation of the continent.

He advised that to address this risk and realise the gains expected for a free trade area, there is a need for increased infrastructure investment in Nigeria, saying that one way to achieve this is through public-private partnerships (PPPs), which should be significantly leveraged towards building sustainable infrastructural facilities across the country, while the Government provides an enabling governance framework.

“The newly established Infrastructure Company (InfraCo) will play a lead role in its implementation,” he added.

He added that despite making up a significant percentage of the continent’s population, the participation of young people in cross-border trade and trade governance matters is still very limited.

He said improving transparency and ease of doing business in Nigeria has a larger implication now that the AfCFTA has taken off, saying that this would enable foreign investors make informed decisions on where to site their manufacturing hubs within African nations that will provide them with more benefits. “Because there are no restrictions on moving goods across borders, the need to establish a business in a country where it is easier to operate will now be a more desirable factor than the existence of market prospects,” he said.

Earlier, the president, LCCI, Toki Mabogunje, expressed concerns over the high level of youth unemployment pegged at over 33 per cent as at Q4 2020

She stated the urgent need for programmes and projects that engage the nation’s innovative, dynamic, youth to unleash their latent potentials for the benefits of the country.

She added that the AfCFTA provides an opportunity for our young entrepreneurs and startups to explore a continent-wide market if well launched, structured and implemented.

She stated that the agreement became operational on January 1, 2021 and marks the biggest free trade area globally in terms of the number of participating countries since the formation of the World Trade Organisation in 1995.

She added that while the take-off of AfCFTA should be lauded, much work remains to be done as critical parts of the agreement are yet to be finalised, stressing that several key issues including schedules of tariff concessions, schedules of service commitment, rules of origin, investment, competition policy and intellectual property rights have not been concluded.

The LCCI boss said AfCFTA has the potential to accelerate socioeconomic development of the African continent, saying that if well-implemented, it would stimulate economic growth, generate job opportunities, and helps to facilitate the economic diversification of African economies while ensuring people, products and services move freely across the continent.

She said according to estimations by the United Nations Economic Commission for Africa (UNECA), AfCFTA has the capacity to expand Africa’s manufacturing output to $930 billion by 2025, from $500 billion in 2016.

“The Brookings Institution also sees Africa’s economic size rising to $6.7 trillion by 2030 from $3.4 billion in 2019 on the back of a well-implemented AfCFTA. A successful AfCFTA requires the active participation of Africa’s Young leaders in the implementation process, which is the rationale for selecting this edition’s topic which seeks to prepare, equip and put in place machinery that will help young leaders improve their management dexterity and hone their administrative expertise,” she added.

She stated that there is still a lack of clarity about the type of value addition that must occur within an AfCFTA State party for a product to benefit from tariff reduction, adding that there are pending negotiations at continental level delaying the implementation of the trade agreement.

“A great deal of sensitisation and enlightenment still need to be done on the implementation modalities,” she advised.

She also noted that there are concerns about the adherence of participating countries to the protocols within the AfCFTA framework, saying that Africa’s trade narrative, has been challenged by trade malpractices such as smuggling, unilaterism and violation of trade protocols,” she added.

In his lecture, Dr. Michael Omolayole said the provisions of the treaty setting up AFCFTA are, if sincerely implemented by African countries, likely to propel them from the third world to the first world.

“Believe me, | am not exaggerating. On our part as Nigerians, | think we were over cautious in being reluctant to ratify the treaty until the last moment. We could have avoided the hesitation, if we had set up a think-tank of brilliant and knowledgeable Nigerians in the matter of economics and free trade, right from the beginning of the African Union (AU) deliberating on the matter,” he said.

In his words: “Although | have not seen the treaty, | believe as an international instrument, provisions would have been made for countries especially the large ones like Nigeria, to protect themselves against breach of the treaty and against acts of sabotage. It is better late than never, but thinktanks can still be set up and our brilliant young people with requisite knowledge should be encouraged to dissect and digest the treaty and to set up study groups to master the treaty inside out.”

Value of Highly Capitalised Stocks on NGX Down N475bn on Double-digit Inflation, Others