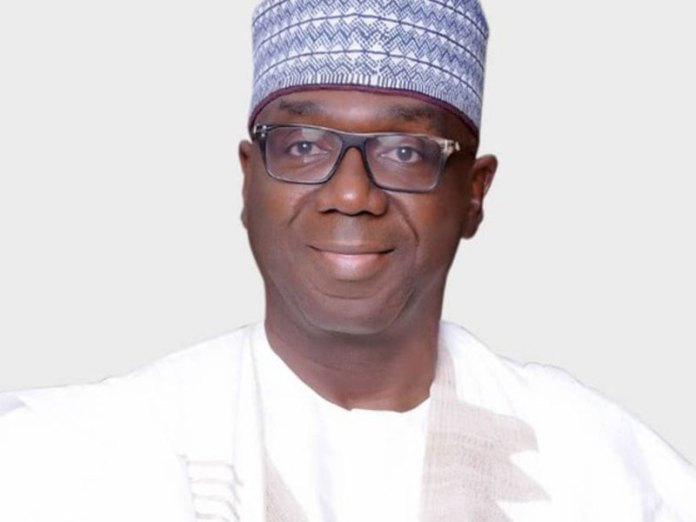 Achievements of the Kwara State Governor, Abdulrahman Abdulrazaq, not only speak for him but fast changing the narrative of the state, writes Nseobong Okon-Ekong

A little while ago, Governor Abdulrahman Abdulrazaq of Kwara State was mainly in the news for the many battles to retrieve government funds or property from his predecessor, former Governor Abdulfatah Ahmed. The fire of the probe has not been put out altogether yet. Every now and a new discovery is made to stoke the fire.

Of course, there was the very emotional clash with the immediate past Senate President and former Governor of the state, Dr. Bukola Saraki, over the demolition of Ile-Arugbo, (Old People’s Home), a decision taken by the Committee on Review of Property of Kwara State Government in 2019 to reclaim the plots of land acquired by the Sarakis. Located directly opposite the family house of the Sarakis in Ilorin, the Kwara State capital, the older Saraki, Dr. Olusola Saraki, father of Bukola acquired and built on the land to cater to needs of elderly people who visited him during his lifetime. The Committee discovered that in1970, the state acquired the land for the construction of the phase II of its secretariat. The plan was aborted midway.

Given that Abdulrazaq had only been in office for about two months, Saraki labelled the exercise a witch-hunt, that continued the age-old rivalry between the Saraki and Abdulrazaq families. Many sympathized with him, but the government stuck to its guns and weathered the attendant storm of bad publicity.

But the most devastating challenge yet against his government has, surprisingly, been instituted by members of his own political family, the All Progressives Congress (APC). Abdulrazaq benefitted from an unbelievable change of political fortune in Kwara, propelled by a political whirlwind, known as, O To Ge (Enough is Enough). No sooner was Abdulrazaq enthroned than a faction the Kwara APC championed by Information Minister, Alhaji Lai Mohammed and Minister of State for Transportation, Senator Gbemi Saraki emerged to demand a fair of cabinet appointments and fulfilmentof other promises they claimed the governor had reneged on. The struggle for the soul of the party between the Mohammed/Gbemi Saraki faction and Governor Abdulrazaq has been bitter and very exhausting.

To many leaders, this gruesome distraction would have been enough reason to excuse oneself from concentrating on the job at hand, but the Kwara Governor has demonstrated that he came prepared to the office and that his attention could not be diverted from the goal to deliver quality service to the people of Kwara.
Abdulrazaq has approached his job of governance in Kwara with the attitude of one who knows that history may be kind to him.

It is 840 days since May 29, 2019 when Abdulrazaq became Governor of Kwara State. In that space of time, he has set about upturning the previous unwholesome status of the state with the deliberateness of a game changer.
The counterpart funding for access to funds to reverse the trend of basic education which had given Kwara the bad name of the state with the most number of out-of-school-children in the country has been achieved. School enrollment figures have since gone up, along with training and recruitment of quality teachers and the building of new classroom blocks.

AbdulRazaq disclosed that the state government has accessed N7 billion grant from the Universal Basic Education Commission (UBEC) to finance massive infrastructural projects across 600 schools in the state.

The governor said the projects are a combination of the 2014 to 2019 Universal Basic Education Commission-SUBEB interventions that got stuck as a result of the previous administration not fulfilling its obligations, as well as diverting the matching grants it received in 2013.

For this and many other laudable achievements which have recommended Abdulrazaq as an emerging shinning star from the North-central, Leadership Newspaper recently bestowed on him The Governor of the Year 2020. He was chosen after the board of Editors vetted all aspects of his administration, from which his sterling leadership performance was determined to be the most outstanding of the nominees.

Governor Abdulrahman Abdulrazaq has redefined governance in Nigeria by assessing , evaluating and restructuring all facets of the administration of the 16 local government areas of Kwara state.
Flights to Ilorin are becoming more frequent as a result of the multitude of economic activities like construction going on in the state.

The Kwara State Internal Revenue Service (KW-IRS) recently disclosed that it has raked in a total of N9.5 billion in the first quarter of 2021, out of the N29 billion target it had set for the year.

The Executive Chairman of the agency, Mrs. Shade Omoniyi, said the achievement recorded was due to adoption of technology and steady blockage of leakages within the tax administration system.

According to her, “The increase in the revenue generated under review remain its figure highest ever collected by the agency without any extraordinary item at any quarter since its founding in 2016.”

The Governor on resumption , was faced with a lot of challenges in the state from decaying infrastructure to a crippling educational sector . The Governor was able to tackle each issue head-on resulting in a dynamic change in all sectors of Kwara state.

Highest number of Health consultants employed in the state , Eight state of the art ambulances. Ilorin general hospital accreditation to train resident doctors. Also the state has the largest ICU center in central Nigeria today.First ever infectious disease center in the state with ventilators , defibrillators , oxygen concentrators etc . Recruitment of 155 new health workers , with 46 already being deployed to various parts of the state . Renovation and equipping 27 PHC across the state .

Education has received a boast by having a recruitment system fueled purely by merit .
Creation of various public water facilities across the state.Creation of social service programme ( KWASSIP) , the most ICT driven in the country This administration has created the first agricultural master plan for development that will be effective for the next ten years.

He has exceeded his administration’s milestone goals in the areas of capacity building , infrastructural development , quality education, poverty alleviation and state security.

To many leaders, this gruesome distraction would have been enough reason to excuse oneself from concentrating on the job at hand, but the Kwara Governor has demonstrated that he came prepared to the office and that his attention could not be diverted from the goal to deliver quality service to the people of Kwara

Nigeria sets July 2022 for return of Benin artifacts by Germany

‘Bello Will Replicate His Good Work If Elected President’