Soludo: My Opponents Can’t Govern Anambra with Only WAEC Certificate 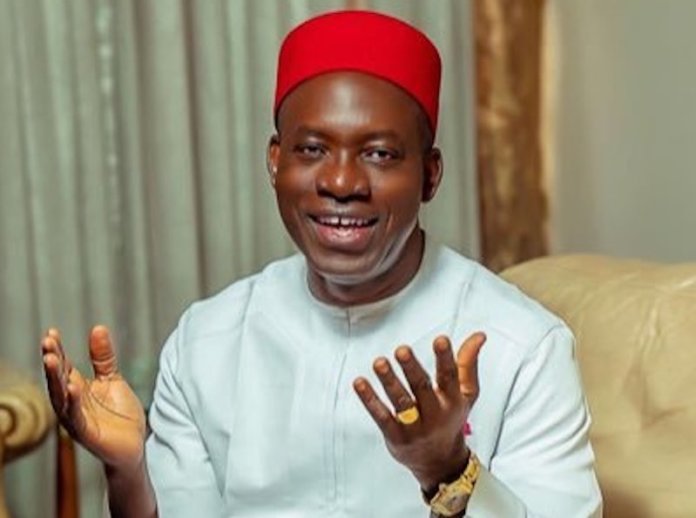 The candidate of the All Progressives Grand Alliance (APGA), Prof Chukwuma Soludo, has chided his fellow governorship candidates from other political parties for declaring only WAEC certificates as their highest educational attainments.

Soludo who spoke at Dr. Alex Ekwueme Square in Awka during the inauguration of the APGA National Campaign Council, said Anambra had outgrown being governned with such lowly educational qualification.

The candidate who was on Thursday enlisted as standard bearer of APGA by the Independent National Electoral Commission (INEC), after series of legal battle said the November 6 governorship election in the state is APGA’s.
“APGA has a star-studded team for this election, and it is the party with the best brains.

“Look at other political parties and their candidates, and you will find out that they have just First School Leaving Certificate and others WAEC as their highest qualification.

“Is it First School Leaving Certificate and WAEC that they will use to govern Anambra? Anambra has outgrown such kind of state and you cannot use those certificates to govern Anambra. Look at my running mate, Dr. Onyekachi Ibezim, a medical doctor. You can’t beat our team.”
Soludo thanked God for the Appeal Court judgment that gave him victory over Hon Chuma Umeoji. He reiterated that with the judgment, there was no longer anything like faction in APGA.

He added that: “APGA will contest for every vote, in every ward, in every church, in every local government, and we are confident of victory.”
National Chairman of the party, Dr. Victor Oye who also spoke at the event said
APGA was indestructible, and that anyone who planned to destroy the party will himself be destroyed.

“APGA has grown above destruction. We are warning those who are working towards destroying the party to desist from doing so, or they will be destroyed.
“Anambra people have spoken, and they want soludo. Let those vying for governor against Soludo bring their certificate let’s see. We have a candidate that has first class in every level of his education. He is a renowned professor of Economics and a former CBN governor.

“Let that candidate who is assembling governors from everywhere to come to Anambra, come and show us his certificate first. He has none. We will remain steadfast and continue to pray and we hope that victory trumpet will sound on November 6. Soludo has won the election already and we are confident of it.