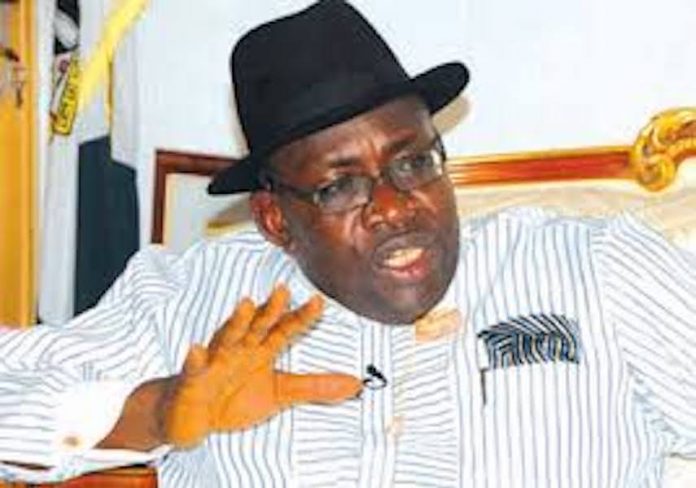 All eyes were on Bayelsa State in November 2019, as its governorship election was scheduled for that month. The selection process to determine the candidate of the Peoples Democratic Party (PDP) was managed by the immediate past governor of the state, Mr. Seriake Dickson, who currently represents Bayelsa West in the Senate. He was believed to be eyeing his current position then, therefore, he manipulated the primary to his advantage; shutting out key stakeholders.

Like many firsts that he has scored in his political career, Dickson is on record as the first governor to preside over a political party primary in which his preferred governorship candidate and his running mate were Senators; simply because he was making room for himself to become a Senator. By reducing the democratic space with uneven decisions, the PDP lost the governorship election to the All Progressives Congress (APC); only miraculously snatching victory from the jaws of defeat on the eve of the formal swearing-in of the governor. This is why they call Governor Douye Diri of Bayelsa State, ‘Miracle Governor.’ His victory at the Supreme Court is one of the Seven Wonders of Nigeria’s Fourth Republic!

But it was actually Dickson who was close to the disgrace of defeat. Had the Supreme Court decided against Diri, he would have retained his seat as a Senator. And Dickson’s seeming wonderful political trajectory in the ‘Glory of all Land’, as Bayelsa is famously called, would have come to a shocking end. But Diri won. So, everything continued as Dickson had cunningly planned with the combined infamy of his former trade as a policeman and the skill of a lawyer who can find his way around the law. He won his election for Bayelsa West Senatorial District.

With this new designation, he has, arguably, completed some part of a cycle; having served as commissioner-he was Commissioner for Justice and Attorney General of Bayelsa State and member of the House of Representatives, representing Sagbama/Ekeremor Federal Constituency, before becoming a two-tenure governor in 2012. But there are few unconquered territories, which Dickson, in the manner of a typical Nigerian politician will yet fight for. The championship belt for the Counclillor of his Ward is still his for the asking. And if he chooses to become the Council Chairman of Sagbama local government area or the legislator representing that state constituency in the Bayelsa State House of Assembly, who can stop him? He had only served one term, between 2007 and 2011 in the House of Representatives when former President Goodluck Jonathan took a liking to and supported him to become Governor of Bayelsa State.

The likes of Dickson have a conviction that having served in the top hierarchy of the Ijaw National Congress, which promotes the interests of that ethnic group in the Niger Delta, he is entitled to as many tribal crowns as he can lay his hands on. To top it all, he will eventually become King of Sagbama!
In anticipation of these dubious honours ahead, Dickson is alleged to have amassed a fortune in money; in Naira and all convertible currencies of the world and choice property in major Nigerian cities and global centres of commerce. At the rate he is going, he may dim the from-policeman-to-wealthy-man shine of Chief Gabriel Igbinedion, the famous man from Okada; only that he needs to marry more wives; so that his sons can be as many as the Sons of Jacob in order to sustain his legacy in Bayelsa. He has to do this to get close to the legend of the Esama of Benin.

Igbinedion’s property in the GRA of Benin City, span across many streets. Dickson is giving him a run for his money, in this respect. On Nelson Belief Road, in the Bayelsa capital, Yenagoa, a woman, Mrs. Benaebi Tubo Nyananyo recently caught the attention of the public when she approached the courts to stop Dickson and the Bayelsa State Government from forcibly taking over her family property to make room for expansion of Dickson’s private residence, under the guise of ‘compelling public purpose.’ The former Bayelsa governor’s House is already expansive by any standard, but it is beneath his fame. As a former Chief Servant of an oil-rich state, his home should ideally stretch from one end of the Atlantic to the other. So, the Nyananyo property must be acquired because Dickson needs it. Everyday people like Nyananyo should not be seen as Dickson’s next door neighbour.

I cannot confirm the veracity of information in the public space alluding to foreign property and assets illicitly acquired in London by Dickson, which allegedly landed him in trouble with the Economic and Financial Crimes Commission (EFCC) recently. I can say, however, that I covered the November 2019 Governorship Election in Bayelsa. I was in Dickson’s Toru Orua homestead and I saw the breathtaking complex which Dickson calls home. All the buildings were painted in white. It houses a mini-stadium, farm, library, residential quarters and office blocks. It is simply a scandal to have such a complex in one man’s name. A few kilometres away is the University of Africa, which Dickson founded and established in his community. I foresee a future when the Dickson estate will become an annex of the university, whenever the people begin to ask searching questions.

The narrow road leading into community ends at the Dickson estate. And when he blows into town in a convoy of siren blaring cars, the sleepy riverine town cows in obeisance to its son who has conquered and appropriated it. From his residence to the local health facility where he cast his vote on Election Day was about a five-minute walk, yet he was insensitive to the inconvenience that being driven with a retinue of aides and security men to the Polling Unit will cause the people. I watched as Dickson picked his way gingerly though rickety wood and stones placed in the flooded premises to enable him crossover to cast his vote. If he was embarrassed that the only public health facility in his community was still under construction and flooded while his private residence stood out like a distinct paradise, I could not tell.

Certainly it was a contradiction to the status of the Founding Secretary of the Green Movement, an environmental rights group. All the while, Dickson was secretly a conservative, with a tendency to unscrupulously influence the outcomes in politics to his advantage. On paper he associated with the Green Movement, but not many can recall a Dickson activist intervention in the manner of Dr. Nnimo Bassey of Environmental Rights Agenda or the late Ken Saro-Wiwa. Apart from the university, there is a police station and a bank, which are so close to Dickson’s house that they could be mistaken as part of it. The Dickson complex in Toru Orua is a shameful tell-tale of an activist turncoat. He has already sabotaged the reputation of his people who don’t seem to care. This is the most regrettable irony of the Nigerian commoner. He applauds his oppressor. All the same, Dickson is in that ruling class who make themselves wealthier, not minding that their people are hungry.

It is simply a scandal to have such a complex in one man’s name. A few kilometres away is the University of Africa, which Dickson founded and established in his community. I foresee a future when the Dickson estate will become an annex of the university, whenever the people begin to ask searching questions