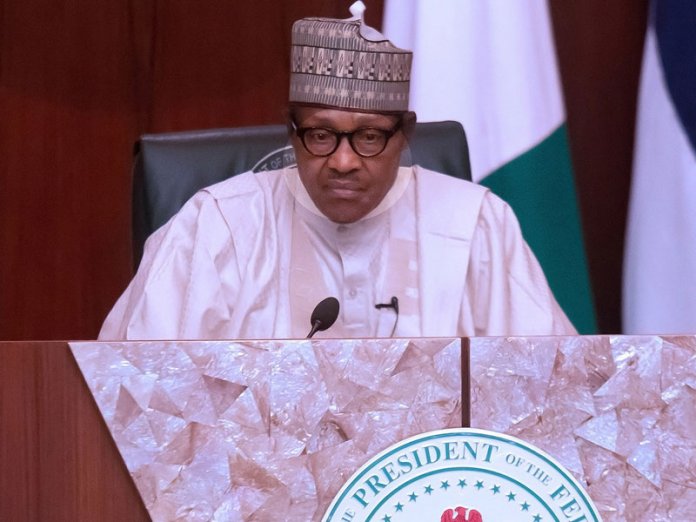 President Muhammadu Buhari yesterday tackled critics that accused him of nepotism and lopsidedness in appointments and execution of projects, insisting that all decisions about policies, projects, and appointments by his administration have been guided by equity and inclusiveness.

The president also vowed to prosecute those he described as criminals terrorising the country.

Buhari spoke through the Secretary to the Government of the Federation (SGF), Mr. Boss Mustapha, in Abuja, at the maiden edition of the Progressives Youth Conference with the theme, “The Future is a Decision,” against the backdrop of criticisms that his administration has strived to foist Northern hegemony on the nation through favouring the zone in key political appointments, particularly in the security agencies, and allotment of projects.

The conference was organised by the All Progressives Congress (APC) youth wing.

The president stated that there is no part of the country that has not been impacted positively in the areas of infrastructure, agriculture, and economic support initiative based on peculiarities of the regions.

He said: “So far, all the policies, initiatives, projects, and even appointments by this administration have been guided by equity and inclusiveness. There is actually no part of the country that has not been impacted positively in the areas of infrastructure, agriculture, and economic support initiative based on peculiarities of the regions. What an area lacks in one aspect is compensated for in another.

“As you are all aware, we are currently dealing with some internal security challenges and I will like to reassure you that as the Commander-in-Chief of the Armed Forces, no effort will be spared in tackling them.

“As I have repeatedly said in recent weeks, every criminal element that has taken up arms against the peace of the country and its citizens will be brought to book accordingly.

“I am happy to see that we are beginning to see the results and we keep improving until the country is rid of such divisive elements.”

He expressed the pleasure that the theme of the conference provided an opportunity for creating a movement, while the future is a decision that should be made today.

Buhari said the conference was timely coming up not too long after the membership registration of the party and just before the commencement of congresses starting from the wards.

He said he was confident that deliberations at the conference would impact the party’s activities and even trickle down to his administration.

The president added that he was mindful of the fact that his administration came into leadership on the back of the victory achieved at the polls by the party on two consecutive occasions.

He stated that it was, therefore, pertinent that party members should remain bound by the tenets of the APC manifesto and constitution.

According to him, while those documents might not be perfect, they were put together so that elected and appointed members of the party could conduct themselves in most responsible manner possible, while implementing and executing policies that are not only beneficial but fair to all Nigerians.

Buhari urged the youths not to despair, or relent in their joint task of nation-building, saying they have no other country but Nigeria.

He said: “It is the responsibility of every one of us to work towards the development and advancement of this country. Let us seize the opportunity to put unpleasant experiences and controversies of the past behind us as we forge a better future for the APC and for our dear country, Nigeria.”

Earlier, the Chairman, Caretaker/Extraordinary Convention Planning Committee of the party and the Governor of Yobe State, Alhaji Mai Mala Buni, had said the event came at a time the party was undergoing rebirth, recovery, rehabilitation, rejuvenation and repositioning.

According to him, it is a fact that the future of the party and the country lies in the youth and the party cannot afford to discard the youth in its affairs.

Buni said the ruling party had in the last 12 months been administered by the caretaker committee due to problems and internal squabbles.

He stated: “I am pleased to say that collectively, we have rescued a troubled party that was heading towards imminent collapse and disintegration, to a very strong, solid, reliable and ever-growing political party.”

He said APC youths had remained progressively united to the course of the party throughout the turbulent times.

Buni added that this informed the caretaker committee’s decision to engage the youth in every process.

He said as part of the strategic approach to youth engagement, a committee on youth, women and people with special needs was constituted during the membership registration and revalidation.

The chairman added that their support to the committee has translated into the rebirth of a new APC that gives every member a true sense of belonging and pride.

He said: “I also want to assure you that the committee is making great efforts to approach the proposed congresses and convention with a united front to produce a strong leadership that would enjoy the support, trust, and confidence of all members. A leadership that would protect party interest above personal and primordial interests and promote unity and take the party to a more prosperous state.”

Buni added that as the theme of the conference suggests, the decision for the future of the party and country cannot be at any other time better than now when the corporate unity and security in the country are being challenged.

“As the most energetic segment of the population, retrogressive elements with evil interests in causing confusion, creating and
fanning hate and disunity will always rely on you to achieve such negative and unpatriotic tendencies and to destroy your future.

You must resist them. You should never allow yourselves to be used as tools in the hands of these treacherous elements,” Buni stated.

A former Governor of Imo State, Senator Rochas Okorocha, urged youths to stop procrastinating, to be focused, and rise to take their place.

Okorocha said: “There should be an industrial revolution. I travelled to China and I saw smoke everywhere. They’re producing one thing or the other, but the only smoke you see here in Nigeria is that of Ishiewu.”

Amidst Oil Price Crash, FG Says No Cause to Panic