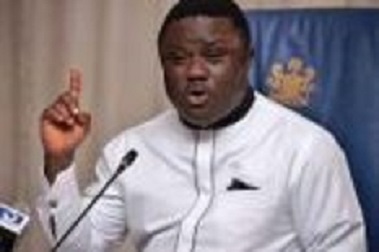 In two separate letters made public on Monday, the duo made reference to recent political happenings in the state for their decision.

Ayade recently defected from the Peoples Democratic Party to join the All Progressives Congress.

In his letter dated June 7, 2021 to the governor titled ‘Your Excellency, Resignation from office of Special Adviser,’ Obi said, “Following recent happenings in the political alignment of the State Governor, I am persuaded to review my involvement in the current state administration.

“Consequently, being a founding and subsisting member of the Peoples Democratic Party in Cross River State, I cannot in good conscience remain in my current appointment as Special Adviser.

“I hereby resign my appointment as Special Adviser effective immediately. I am grateful to Your Excellency for finding me worthy to serve the state in the said capacity. Nevertheless, I will continue to support the state and government in any way possible as a stakeholder and senior citizen. Please accept my best regards.”

“After a period of consideration, I have decided to remain with the PDP. Let me thank His Excellency, Ben Ayade, Governor, Cross River State for the opportunity given me to serve our beloved state, first as Director General, Cross.”

The governors had earlier relieved some commissioners of their appointments for refusing to defect to the APC along with him.

Meanwhile,  Ayade has been described as a material for national politics.

The Senior Special Assistant on Media and Publicity to the President, Mallam Garba Shehu, added that Cross River State stood to reap the fruits of the governor’s movement to the APC in the long run.

A statement on Monday said Shehu, while speaking on the sidelines of the award of the Governor of the Year on Agro-Industrialisation on Ayade by the Blueprint newspapers, stated that the governor had a lot to bring to the table.

He added, “The President has been to Cross River a couple of times. We went with the President and we saw the very innovative things he is doing with agriculture and all of that. So it is a big plus for APC and we are quite pleased that he has joined us.”