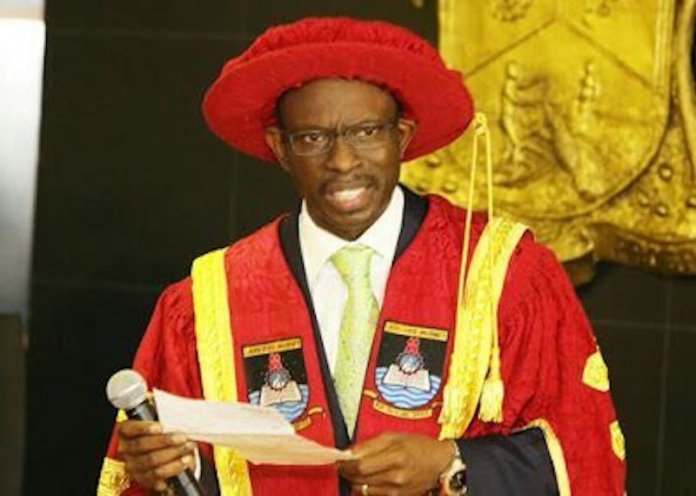 The immediate past Pro-Chancellor and Chairman, Governing Council of Lagos State University (LASU), Professor Adebayo Ninalowo, has been accused of “twice orchestrating the charade” that resulted in a stalemate in the appointment of a substantive Vice Chancellor by the Senate’s selection committee.

The hard knock came from the LASU chapter of Academic Staff Union of Universities (ASUU) in a statement jointly signed by its Secretary and Assistant Secretary, Dr. Tony Dansu and Dr. Adeolu Oyekan respectively.

Recall that in a newspaper advertorial recently, Professor Ninalowo had joined issues with the state government over the dissolution of the institution’s 11th governing council, accusing Governor Babajide Sanwo-Olu, the Visitor, of vendetta.

The governing council was dissolved last month by Lagos State Government based on the recommendation of a Special Visitation Panel set up following an outcry of stakeholders alleging underhand dealings by the senate selection committee in the two successive attempts at shortlisting candidates.

Responding yesterday, LASU’s ASUU defended the action taken by the state government. Instead, it blamed the two botched attempts on Ninalowo “flagrant contravention of extant laws, breach of due process, failure and total disregard to follow … own laid down criteria in his desperation to foist his own preferred candidate who did not meet the stated requirements.”

It added: “There is no doubting the fact that many procedures were breached by Prof. Ninalowo as Pro-Chancellor and Chairman of Governing Council and as Chairman of the Joint Council and Senate Selection Committee in the selection process”
LASU’s ASUU pointed that the candidate shortlisted as “the best” in both exercises did not possess a PhD degree as against the requirements listed in the newspaper advertisement, “just as another candidate shortlisted among the top three has limited experience as against another requirement that an applicant should be a distinguished scholar of the rank of Professor of ten (10) years standing with several years of teaching and research in a University.”

Among other breaches, Professor Ninalowo was accused of railroading council into lowering requirements for the Vice Chancellor job in the second exercise that were different from the ones listed in the newspaper advertisement for the first round in his desperation to ensure his anointed candidate still emerged winner.

According to ASUU, “two different adverts were placed to fill the vacant position of LASU Vice-Chancellor at different times (4th September 2020 and 14th January 2021 respectively). It is interesting to note that while many new conditions were included in the 2020 advert when compared to that of 2015, the Governing Council is unaware of how the reviews were done. The worst case scenario was the advert placed in The Guardian of 14th January 2021.

“Following the cancelation of the first selection process, the Governing Council met on 11th January 2021 to ratify the election of the Ag. Vice-Chancellor. Immediately after this meeting, Prof. Ninalowo summoned the meeting of the Joint Council and Senate Selection Committee and this committee (whose mandate is to select and recommend names from which one will be finally picked by the Visitor), reviewed substantially the advertised conditions in the advert of 4th September 2020 (the one used for the botched process) particularly in the areas of qualifications of the applicants (by inserting PhD/Fellowship) and post-professorial experience (reduced from 10 years to 5 years) without the involvement of the Governing Council”

To perpetrate this irregularity, LASU’s ASUU alleged that the erstwhile Pro-Chancellor took advantage of the ignorance of council members on the rules by taking unilateral actions including placing newspaper adverts without their input only to seek approval retroactively.

“Without waiting for the inaugural meeting of the 11th Governing Council to hold, Prof. Ninalowo executively approved the placement of the first advert in The Nation newspaper of Friday, 4th September 2020, only to come and seek ratification of the executive approval at the very first meeting of Council held on 17th September 2020. The question is, on whose authority did he executively approve the content of the advert and its placement in the newspaper? A Council that has not held its inaugural meeting would not have asked him to do so,” alleged LASU’s ASUU.