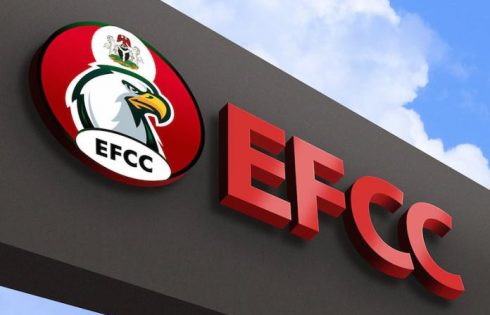 As part of its ongoing probe of the finances of the opposition Peoples Democratic Party, the Economic and Financial Crimes Commission has beamed its searchlight on at least 10 expenditure items in the party’s financial records.

This was sequel to a petition filed by a now expelled member of the PDP, Kassim Afegbua, who alleged, among other things, that the party leadership had yet to account for N10bn funds released from the sale of nomination forms.

A document obtained by The PUNCH in Abuja on Tuesday indicated that the items included a total of N243.8m as legal and other professional charges to consultants in 12 transactions and a total of N78.9m for transport and travel expenses.

Under transport and travel expenses, where a total of N78.9m was paid out, N12.9m was said to have been used to charter an aircraft on October 4, 2018.

The EFCC is also seeking clarification on the payment of N264, 417,808 under the sub-head loan repayment.

A source privy to the investigations said, “What is of interest to the commission is the case of money laundering.

“Some of these payments were either not made through financial institutions or routed through personal accounts of individuals,” he added.

In a related development, the EFCC has invited the petitioner, Afegbua, to shed light on his petition.

He was asked to provide supporting documents and evidence if any to buttress his allegations.

Afegbua, a former Edo State commissioner for information, confirmed the development to our correspondent.

He explained that he was invited to write a statement and share information.

“All I want is for my party to be accountable. We cannot hold the ruling party to account if we do not keep our house in order. The banking regulations say all transactions above N10m must pass through a financial institution; this was not the case with my party, the PDP, under the present leadership,” he added.

When reminded that he had been expelled from the party, Afegbua said, “My purported expulsion is an exercise in futility because it did not follow due process as stipulated in the PDP constitution which I have read several times over.

“There are clear guidelines on discipline. There are processes; it begins from the ward level before it goes to the state, then the zonal before it gets to the national.

“First and foremost, nobody laid a complaint against me; there was no committee set up to investigate any imaginary allegation against me. I was not invited to face any committee. Only yesterday, my ward executives in Okpella told the whole world that I remain a bonafide member of the party because they have no problem with me.

“Unless the process is initiated from the ward level, the national cannot take any action. So, what Secondus did using the state chairman is fraudulent.”

The PDP Board of Trustees, in response to the EFCC investigation, said the party was not answerable to the EFCC but the Independent National Electoral Commission, which was the constitutionally recognised body to oversee political parties.

The Chairman of the BoT, Senator Walid Jibrin, said the interest of the EFCC in the affairs of the party was strange.

He also accused Afegbua of ignoring the party’s time-tested procedure of lodging complaints with the relevant party organs before seeking external help.

Jibrin said, “INEC is the regulatory organ of all political parties and the PDP is inclusive.  The PDP account has been audited by a reputable chattered firm and the report is with INEC and the body has not raised any objection on the account of the party.

“It is both constitutionally wrong for the EFCC to intervene in issues that are purely of political parties and Kasim Afegbua did not follow due process in this case.”

Buhari Not in Support of Open Grazing, Presidency Clarifies