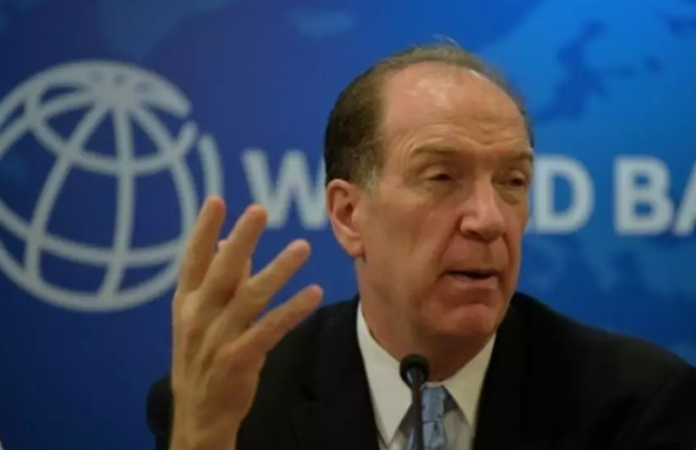 The World Bank Group yesterday urged the federal government to develop policies to increase cross-border trade in Nigeria in order to support economic growth.
President of the World Bank Group, Mr. David Malpass, said these while responding to a THISDAY question during a virtual media briefing with West and Central African journalists.

Malpass said: “Nigeria has huge potential and with some of the improvements in its economic policies, growth can be rapid for people in Nigeria.
“We have encouraged efforts that would reduce subsidies for fossil fuel; encourage trade across borders and very importantly, multiple exchange rates have been a burden on the people of Nigeria and we have encouraged the unification of rates so that money, investments and remittances can flow in and out of Nigeria with less friction. Our programmes remain strongly supportive of the people of Nigeria and in Nigeria.”
Malpass said the multilateral institution would invest and mobilise about $150 billion in Nigeria and other African countries in the next five years.

He stated that a large portion of that would be in the form of grants and long-term zero interest rate loans from the International Development Association (IDA), an international financial institution which offers concessional loans and grants to the world’s poorest developing countries.

“So, we are working on an ambitious IDA replenishment to be completed by 2021 and that would be critical for the concessional financing and grants that the IDA countries in Africa need. So, that gives you the context of the funding support that we are doing, both for the public sector and the private sector through IFC in Africa.

“Since the outbreak of COVID-19, we have invested more than $24 billion in Africa to support health and economic recovery. Our board authorised $12 billion for the vaccination effort and as of today, 38 African countries have requested support for vaccination efforts and 18 of those are from West and Central Africa,” he added.
He said the delay in vaccine supply was deepening inequality and division in the world, adding that it has a serious consequence on fragility and for people’s lives and livelihood.

He urged countries that have access to vaccine supplies to release them, “as soon as possible to developing countries that have deliberate programmes in place.”
According to Malpass, debt sustainability remains a major problem in West Africa, saying that as COVID-19 persists into 2021, the debt situation in the sub-region will deteriorate further.

He said a comprehensive debt solutions should involve four elements: debt suspension; debt reduction, debt resolution and debt transparency.
“One of the themes from the press conference two days ago was the call by African heads of state for cancellation of debts. But that is not the direction that the world is moving at this point. A permanent solution is necessary for this debt overhang for countries that have unsustainable debt level.

“The World Bank is working closely with the IMF to try and implement the G-20 common framework for debt reduction. Full private sector participation is an essential part of any lasting debt sustainability.

“We know the road to recovery would be a long one; the countries in the region have applied lessons from previous crisis such as the Ebola outbreak in 2014. Many countries have strengthened their social safety net to help protect the poor and the World Bank Group is working actively on those efforts and we think they are important preparations for future crisis. We want to move faster on the key reforms in each of the countries to help attract new investments.

Also, the World Bank’s Vice President, Western and Central Africa, Ousmane Diagana, stated that in Africa, the Washington-based institution’s largest programmes are in Nigeria, estimated at more than $12 billion.

He said: “Those are a programme under implementation in priority sectors. Access to electricity, health, water, education, agriculture, and especially this year, we have given about $2 billion to Nigeria in order to help the population have access to critical services and to provide technical assistance. We have seen progress in policies for Nigeria and the country is a very important partner for the bank.”