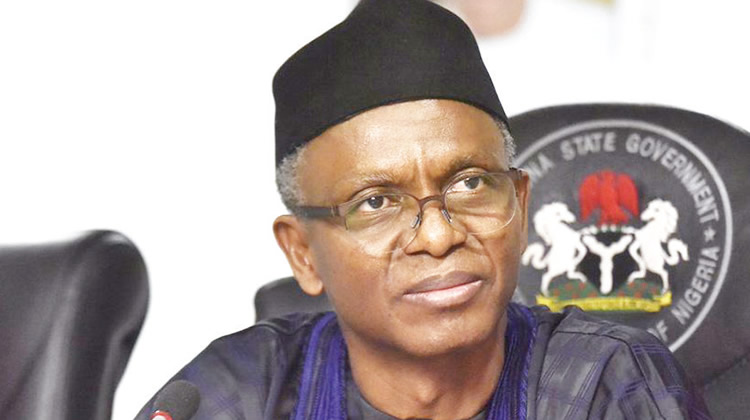 THE Nigeria Labour Congress led by its President, Ayuba Wabba, grounded Kaduna State on Monday as they commenced the five-day warning strike embarked upon to force the state Governor, Malam Nasir El-Rufai, to rescind his decision to sack workers in the state.

But governor ignored the demand by the leadership of the NLC, saying labour leaders were out on a campaign of economic and social sabotage.

El-Rufai said in a tweet, “KDSG affirms that the conditions that compelled it to right-size are not altered by the NLC’s campaign of economic and social sabotage.

However, the state (Kaduna) literally came to a standstill as economic and social activities were disrupted by the protesting workers.

A lot of shops at the Sheikh Abubakar Gumi Central Market were locked for the fear of the unknown but was later reopened for business.

Also, the train station located at the Rigasa in the Igabi Local Government Area of the state was shut to passengers and the railway workers, who were fully mobilised to the rally venue.

Aviation workers were among those who joined the strike just as all fuel stations in the state were firmly locked.

Some public and private schools complied with the directive to withdraw their services. This was just as banks and other financial institutions adhered fully with the directives of the national body of the NLC.

The aggrieved worker and their leaders displayed placards with inscriptions as ‘El-Rufai: enough is enough’, ‘Respect our rights to decent living’, ‘Accidental public servant: don’t casualise and destroy Kaduna Civil Service’, ‘We demand immediate release of the NUT check-off dues’, ‘We say no to the sacking of workers in Kaduna’, ‘Kaduna govt must rescue the abducted two nurses’, among others.

As the NLC train stopped at the State House of Assembly, none of the lawmakers came out to address the labour leaders.

Earlier, the NLC President addressed the gatherings at the permanent secretariat of the union along the Race Course Road, Ungwan-Romi.

Wabba knocked El-Rufai for his anti-peoples policies, which he vowed Nigerian workers would tame, noting that the situation in the state can’t be accepted except “We are able to take our destiny into our own hands and that is why we are here.”

He added that Nigerian workers especially in Kaduna had resolved to put an end to what he described as the gross violation of workers and trade unions’ rights.

According to him, there will be no retreat and no surrender until the Nigerians workers are accorded their rights.

“In the local government area, those he paid few days ago, he paid N18,000. Those are the facts and the people affected are here to confirm that. Also, the students are here; he (El-Rufai) is throwing their parents out of job, he increased the school fees by 1,000 per cent.

Specifically, Wabba described Kaduna as an epicentre of kidnapping in the country.

He said, “They (Kaduna Govt) should go after the hoodlums that are today killing our people in the name of banditry.  We are aware that Kaduna today is the epicentre of kidnapping in Nigeria; it is a very sorry situation.