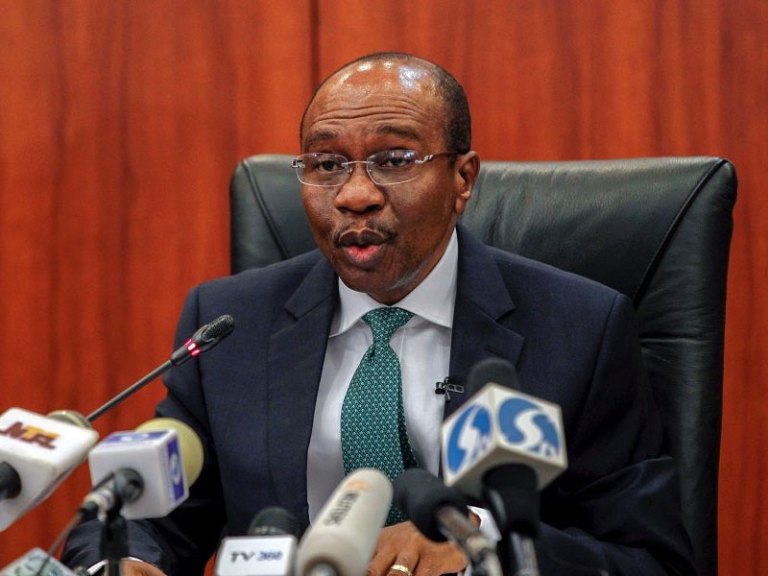 CBN Governor, Godwin Emefiele, announced the removal of the First Bank directors at a press briefing in Abuja.

He said the decision was taken by the management of CBN, the apex regulator of Nigeria’s financial sector, following the query which the CBN had earlier issued the Board of First Bank for removing Adesola Adeduntan as the Managing Director/Chief Executive Officer, without regulatory approval.

Emefiele said, “Following further review of the situation and in order to preserve the stability of the bank so as to protect minority shareholders and depositors, the management of the CBN, in line with powers conferred on it by the Banks and Other Financial Institutions Act 2020, has approved and hereby directs as follows:

After removing the directors, the CBN governor announced the appointment of new persons as directors in FBN Ltd and FBN Holdings Plc.

For the newly appointed directors of holding company, Emefiele named them to include Remi Babalola, as chairman and UK Eke as managing director.

For the bank, Emefiele named the chairman as Tunde Hassan-Odukale, while Adesola Adeduntan was reinstated as managing director.

Emefiele explained that the CBN begged the board members of First Bank severally not to remove Adeduntan but the pleas were ignored.

He said, “This decision came to us as a surprise. This bank has been under regulatory forbearance intervention since 2016.

“The truth is that even before we issued the query yesterday to chairman of the board, copied to all the directors and major shareholders, the initial attempt to remove the Managing Director, Dr. Adesola Adeduntan, was leaked to me by an interested party in the course of the board meeting.”

Emefiele added, “When I heard about this, I had course, first to call the chairman of the holding company, Mr. Oba Otudeko. He picked my call, I reminded him about the regulatory intervention and forbearance regime in the bank.

“And that, the decision to make such sweeping changes would require prior approval of the CBN. I pleaded with him to step down the decision and that we could hold a meeting to discuss the issues.

“Given that the current managing director was running on a tenure that is expected to expire on December 31, 2021 and as far as we are concerned, there was no need for such changes.”

The CBN boss stressed that given the apex bank’s regulatory intervention and forbearance regime, it felt that if there was any misconduct on the part of Adeduntan, he should have been queried.