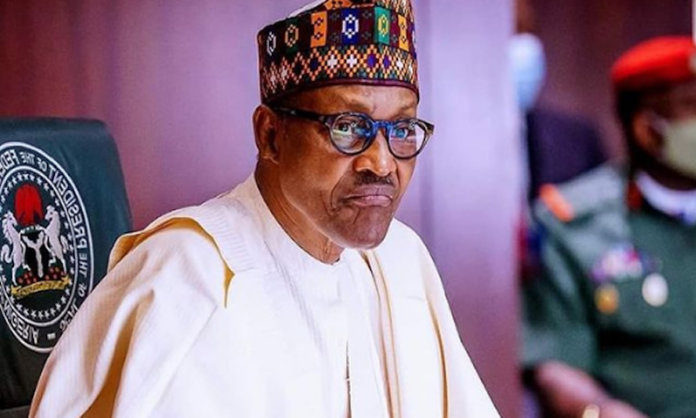 President Muhammadu Buhari yesterday approved the restoration of the permits on Oil Mining Leases (OMLs) 123, 124, 126 and 137 to the Nigerian National Petroleum Corporation (NNPC) and, by extension, Addax Petroleum.

PSC is a contractual arrangement for exploration and production of petroleum resources where the contractor undertakes all the financial, technical and operational risks associated with petroleum operation in return for a share of profit, after production cost, payment of royalty, and taxes. In this case, the assets are owned by the NNPC which brought in the contractor, Addax.

THISDAY checks last night indicated that the decision to return the operating permits on the four facilities was taken by the President to avert a major face-off with the Chinese government which is assisting the federal government with huge loans for several infrastructural projects across the country.

A source knowledgeable on how the decision was arrived at stated that the matter was escalated to President Buhari after an analysis of the diplomatic implications, as well as the image problems that the revocation would have caused. The conclusion was that it would have portrayed the Nigerian business environment as being operated by the whims of certain individuals, rather than adherence to rules.

While the NNPC, which Addax was directly partnering in the PSC, it was learnt, was not in the know of the processes leading to the cancellation, the president, the source said, also considered the legal implications if the matter eventually ended in court.

“The revocation was not even done with any consultation with the direct party, the NNPC. That was a big blunder which they should have known because if those guys go to court, they would win because in reality, they do not have any contract with the DPR, but with the NNPC.
“Ordinarily, it is the NNPC that should have communicated to Addax, as contractor, to say we are terminating this contract, and there are steps to it.

“So, it would have become an embarrassment to Nigeria even both in diplomatic terms, because China will feel slighted that we can’t even follow our own rules and considering the number of projects like the Ajaokuta-Kaduna-Kano gas project they are assisting us with, they would have just messed things up,” the source said.

If due process was followed, the source added, it would have been the NNPC that should have communicated the decision to Addax on the prompting of the DPR, the regulator, a step that wasn’t taken. “As far as the guidelines were not followed, there were always going to be problems,” the source noted.

According to the source: “It would have been embarrassing if the Chinese withdrew from all the projects in retaliation because once they find you can’t even obey your own laws, they too can renege on some of the partnerships they have with us.”

Revocation Done Without Any Consultation with NNPC

Another source, an insider at Aso Rock said the federal government hinged its decision to restore the assets to the NNPC because it had a PSC agreement with Addax and the revocation was done without any consultation with the national oil company which was the concessionaire.
The source said following the revocation of the assets, Addax wrote the DPR and NNPC, and threatened to utilise all government, diplomatic and legal means to seek redress, describing the exercise as an attempt to expropriate its interests in Nigeria.

The source explains further: “While the revocation of an oil mining lease is indeed within the purview of the Minister of Petroleum Resources but the Act stipulates that the Minister informs the Licensee or Lessee of the infractions and give Lessee time to respond or rectify the situation prior to such revocation, which it was gathered was never done.

“Also, under the PSC arrangement, the NNPC was the lessee while Addax was merely a PSC Contractor, therefore the regulator couldn’t have revoked a lease from a party who is not the lessee. Therefore, the NNPC ought to have been informed as the lessee of any infractions in relation to the operation of the leases and afforded adequate time to provide appropriate explanations on the said infractions, as well as reasonable time to remedy the alleged infractions.

“Also, in the case of a PSC, revocation can only be directed to the Lessee and the Lessee will then be obligated to properly communicate the situation to the PSC Contractor and resolve the issues contractually in line with the provisions of the PSC.
“Therefore, the ability of the NNPC and the newly appointed Contractor Parties to properly utilise the assets may be severely hampered if Addax goes ahead with its threat to legally challenge the revocation process as regards compliance with the Petroleum Act.”

In addition, he pointed out that China provides financing for key infrastructural projects like the railways, Abuja -Kaduna -Kano Pipeline amongst others, stating that the revocation action could also threaten the realisation of these critical projects

The President, in the press statement yesterday by his Media Assistant, Garba Shehu, said the leases were being restored to NNPC in line with the current administration’s commitment to the rule of law, fairness and to enable a stable business climate for investment.
“This development reaffirms the commitment of President Buhari to the rule of law and sanctity of contracts,” the statement said.

While directing the DPR to retract the letter of revocation of the leases, the president also instructed the NNPC to take advantage of contractual provisions to resolve issues in line with the extant provisions of the PSC arrangement between NNPC and Addax.

Buhari further stressed that the restoration of the blocks to NNPC would boost the organisation’s portfolio, thereby making the corporation to, on the long run, boost its crude oil production and in turn increase the revenue it generates into the Federation Account.

The statement read, “In line with the current administration’s commitment to the rule of law, fairness and enabling a stable business climate for investment, President Muhammadu Buhari has approved the restoration of the leases on OMLs 123, 124, 126 and 137 to the Nigeria National Petroleum Corporation, which is in production sharing contract with Addax Petroleum, a company wholly owned by Government of the People’s Republic of China on the blocks. The leases belonging to the Federation were revoked on March 30, 2021.

“While directing the Department of Petroleum Resources, DPR to retract the letter of revocation of the leases, the President also directed NNPC to utilise contractual provisions to resolve issues in line with the extant provisions of the Production Sharing Contract arrangement between NNPC and Addax.

“The restoration of the blocks to NNPC will boost the organisation’s portfolio, thereby making the Corporation to, in the long run, boost its crude oil production and in turn increase the revenue it generates to the Federation Account.”

On April 6, the DPR, the oil and gas industry regulator, publicly announced the revocation of the four oil blocks of Addax Petroleum Exploration Nigeria Limited for, as it said, non-development of the assets by the company.

The Director, DPR, Sarki Auwalu, revealed that the government had awarded the assets to Kaztech/Slavic Consortium, owned by Emeka Offor and chaired by Oye Hassan-Odukale respectively.
The DPR director claimed that the government’s action was prompted by Addax’s failure to operate the facilities and inability to add value to the assets, a development he likened to sabotage.

He said over 50 per cent of the assets under Addax’s control were undeveloped and were not being operated “in a vigorous manner”, stressing that this constituted revenue loss to the government.
On Thursday, the regulator pressed forward with the process of handing over the assets to the new owners by setting up a committee in preparation for the formal ceremony, culminating in the takeover by the new operators.

According to data published by the NNPC, Addax pumped an average of about 30,000 barrels per day in 2019, equivalent to about 1.5 per cent of the country’s output.