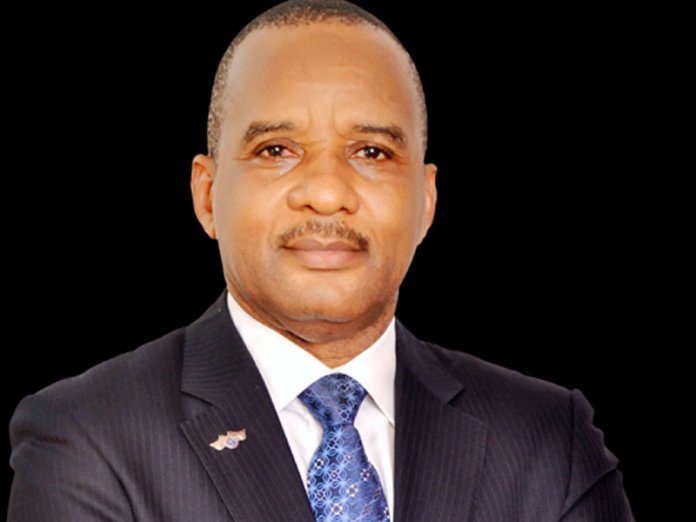 The federal government has charged modular and other refinery operators as well as fuel suppliers in the country to harness the $2 billion bunker fuel market in Africa, as the regulation by the International Maritime Organisation (IMO) limiting the sulphur in fuel oil used on board ships comes into force.

Director-General of the Nigerian Maritime Administration and Safety Agency (NIMASA), Dr. Bashir Jamoh, made the call at the opening of a two-day meeting of the agency with modular and other refinery operators and fuel oil suppliers in the country.

The NIMASA boss said the agency was determined to ensure availability of marine fuels that comply with the regulation by the International Maritime Organisation limiting the sulphur in the fuel oil used on board ships to 0.50 per cent m/m (mass by mass).

Jamoh, who was represented by Acting Head, Marine Environment Management (MEM) Department, NIMASA, Mr. Isa Mudi, said the agency had made deliberate effort to conform to the new fuel oil mandate, known as IMO 2020.
Specifically, Jamoh said, “As the country’s shipping regulator, we have had interfaces with the relevant stakeholders on how to reach a win-win agreement on Nigeria’s compliance with the IMO sulphur content cap.

“We are happy to announce that the coast is clear for us to achieve this mandate.
Nigeria, he added, has an advantage ab initio, “because we produce low sulphur crude. The challenge for us now is conversion of this advantage to availability of bunker fuels that meet the IMO mandate.
“I make bold to say that we have all it takes to be the bunker fuel hub for Sub-Saharan Africa. There is a $2 billion bunker fuel market in Sub-Saharan Africa waiting to be harnessed by our business men and women.”

Jamoh stressed that since Nigeria’s refineries are not working at full-capacity, it was an opportunity for the modular and other private refineries to come in to fill a vital gap in the marine fuel supply chain. The NIMASA boss added that bunker fuel is a critical element in the shipping business.

He stated, “With the coming into effect of IMO 2020, we assure you as an Agency that the country’s shipping community will be galvanised to ensure availability, supply, and, in fact, self-sufficiency in 0.5 per cent sulphur content fuels in line with the IMO standard.”
In their contributions, representatives of the refineries and fuel oil suppliers pledged their cooperation with NIMASA and other relevant government agencies in the attempt to make the required fuel accessible.

The new sulphur oxide emissions cutting regulations mandate a maximum sulphur content of 0.5 per cent in marine fuels globally. The change is driven by the need to reduce air pollution generated in the shipping industry by reducing the Sulphur content of fuels that ships use.
The regulation came into force on January 1, 2020, marking a significant milestone in efforts to improve air quality, preserve the environment and protect human health.

The IMO 2020 rule limits the sulphur in the fuel oil used on board ships operating outside designated emission control areas to 0.50 per cent m/m, a significant reduction from the previous limit of 3.5 per cent. Within specifically designated emission control areas, the limits were already stricter (0.10%). This new limit was made compulsory following an amendment to Annex VI of the International Convention for the Prevention of Pollution from Ships (MARPOL).

There was a large turnout of refinery operators and industry stakeholders at the meeting. They included representatives of Niger Delta Refinery (NDR), Ship Owners Association of Nigeria (SOAN), and OPAC Refinery.