Despite Criticisms, Governor Masari Trudges On 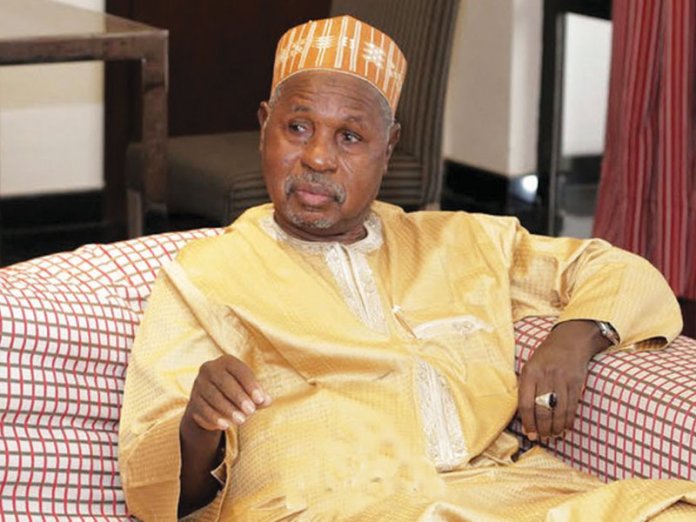 Francis Sardauna writes that despite criticisms from disparagers apparently aimed at turning Katsina State into an amphitheater of political skirmishes, Governor Aminu Bello Masari is executing developmental projects in the state

As the battle for who become the next governor of Katsina State commences, Governor Aminu Bello Masari is getting flaks from those who would want to ride on populist but erroneous opinion to get into Aso Rock Villa to see President Muhammadu Buhari.

Some aspiring politicians in the state who contested for elective position in 2015 but failed because they were rejected have joined forces in their bid to discredit the modest work of Governor Masari with the sole aim of grabbing power in the forthcoming elections.

As in most states of the federation, these “desperate politicians” continue to wage a campaign of calumny against the former Speaker of the House of Representatives but he continues to break the boundaries set by the critics who have failed to acknowledge his immense contributions and good work in the state.

The governor who is not a nonnative to high wired politics of Nigeria and his vast political experience at the House of Representatives is using his people-oriented projects cut across the nocks and crannies of the state to make a mockery of the disparagers whose main concern is the state treasury.

Masari, who believes that actions speak louder than the words, has not reneged on his promise since assumption of office in 2015 as some incurable skeptics would want people to believe. Despite the unflinching criticisms and insecurity orchestrated by bandits that continue to disrupt the flow of activities, the governor has been able to make laudable interventions.

Not cowed by paucity of funds and the criticims, the Masari-led administration’s interventions in critical sectors of the state—education, security, health, agriculture, environment, water supply, roads and infrastructures have surpassed the expectations of those (critics) crucifying him under the guise of “not doing anything” for the state.

To avert open defecation, the administration built 930 toilets in primary schools across the state and constructed seven new secondary schools across the three senatorial zones of the state. The administration also rehabilitated 25 secondary schools in the zones. Also, 13 out of 18 Science and Technical Vocational Schools in the state were completely rehabilitated and upgraded to a state-of-art facilities.

Similarly, all girls’ secondary schools in the state were converted to boarding. With over 2,000 teachers recruited for primary and secondary schools, additional 5,000 have been recruited under the state youths empowerment and social intervention programme, known as S-Power for effective and efficient teaching.

For tertiary education, the sum of N7.32billion has so far been expended on scholarship for indigenes of the state since 2015, as well as the provision of infrastructure and services at the four state owned tertiary institutions, namely, Umaru Musa Yar’adua University (UMYU), Hassan Usman Katsina Polytechnic (HUKP), Isa Kaita College of Education (IKCOED) and Dr. Yusuf Bala Usman College (YBUC).

Despite the limited resources, Governor Masari was able to complete all the unfinished road projects inherited from the immediate past administration, most of which were hastily awarded but barely started on the eve of the preceding administration’s departure in May, 2015.

Aside other ongoing road projects, the Masari administration has constructed 515 kilometres of roads in the three senatorial districts as well as 39 rural feeder roads with a total length of 461 kilometres across the 34 local government areas of the state.

The governor on assumption of office, initiated a joint security action by North-west states of Katsina, Kano, Kaduna, Jigawa, Zamfara, Sokoto and Kebbi, as well as far way North-central state of Niger to bring an end to the issue of banditry and other nefarious activities afflicting the states.

This workable security action, prompted the former Inspector-general of Police, Mohammed Adamu, to convened a Peace Summit in Katsina that facilitated discussions with representatives of the bandits’ leaders and forest commanders from the affected states.

However, even in the face of the recent onslaught by these mercenaries, Governor Masari was able to engineer the hurt-free rescue of the abducted 344 students of Government Science Secondary School Kankara and hundreds of other kidnapped victims across the frontline local government areas of the state.

In spite of repeated explanation by the governor that the state government did not pay a dime to secure the release of the schoolboys, the governor’s disparagers continue to spread a counter narrative that millions of naira exchanged hands before the boys were released. Interestingly, it was a fantastic story at the end of an awful week.

The present administration also embarked on several projects and programmes to revamp the healthcare system in the state. Notable among the projects, is the rehabilitation, upgrading and remodelling of General Hospitals Daura, Katsina, Funtua, Musawa, Kankia, Malumfashi, Baure and Dutsin-man and the construction of a Special Eye Centre at General Amadi Rimi Specialist Hospital.

Agriculture being the mainstay of the state economy has been adequately given the desired attention by the Masari-administration. Also, its efforts in the water sector that involves the renovation and expension of Ajiwa Dam and numerable others across the state, had drastically tackled water-borne diseases such as diarrhea, dyscentery, typhiod and polio which hitherto bedeviled citizens of the state due to negligence by successful past administrations.

Similarly, the revolving and proactive steps being explored by Masari had drastically stemmed the effects of flooding and other environmental challenges on residents, property and businesses in the state. He constructed flood and erosion control structures in 122 sites, covering over 150 communities across the state.

Another milestone achievement by the Masari-led government in the metropolis is the construction of pedestrian crossing and expansion of water channel between Nayalli Bridge and Adeleke Bridge. It also recruited additional 231 casual staff and increased the monthly stipends of the over 2,000 casual staff of the State Environmental Protection Agency (SEPA) from the usual N4,500 to N7,000 to boost their productivity.

Miffed by the gory condition of the senior citizens, the governor immediately ordered the payment of their entitlements and death benefits to the families of the slain retired public servants to assuage their predicaments.

The administration also expended the sum of N7.1 billion on the completion of road projects it inherited from the previous administrations. The roads include Dandume-Kadisau-Daudawa road, Marabar Sayaya-Sayaya-Mazoji road, Eka-Kadandani-Kuraye-Yargamji road and Dankaba-Abdallawa-Jifatu road.

As if that was not enough, the present administration has awarded 17 other new road projects and 10 of the awarded projects have been completed and commissioned by President Muhammadu Buhari, while seven others are at different levels of completion.

To ease housing challenges in the state, 450 units of houses are currently under construction and in various stages of completion. The administration expanded and upgraded Funtua central market and motor park. This is in addition to expanding the state transport authority by adding over 30 Toyota Costa and Hiace buses to the company’s fleet.

With these tremendous achievements of Governor Aminu Bello Masari in the state, there is need for his detractors or disparagers to join forces with him in order to bring more democratic dividends to the citizens’ doorsteps instead of unnecessary criticims that may turn the state to an amphitheater of political skirmishes.

All girls’ secondary schools in the state were converted to boarding. With over 2,000 teachers recruited for primary and secondary schools, additional 5,000 have been recruited under the state youths empowerment and social intervention programme, known as S-Power for effective and efficient teaching. For tertiary education, the sum of N7.32billion has so far been expended on scholarship for indigenes of the state since 2015, as well as the provision of infrastructure and services at the four state owned tertiary institutions, namely, Umaru Musa Yar’adua University (UMYU), Hassan Usman Katsina Polytechnic (HUKP), Isa Kaita College of Education (IKCOED) and Dr. Yusuf Bala Usman College (YBUC). Despite the limited resources, Governor Masari was able to complete all the unfinished road projects inherited from the immediate past administration

Buhari, Tinubu, Okonjo-Iweala, Others to Speak at Lagos Economic Summit