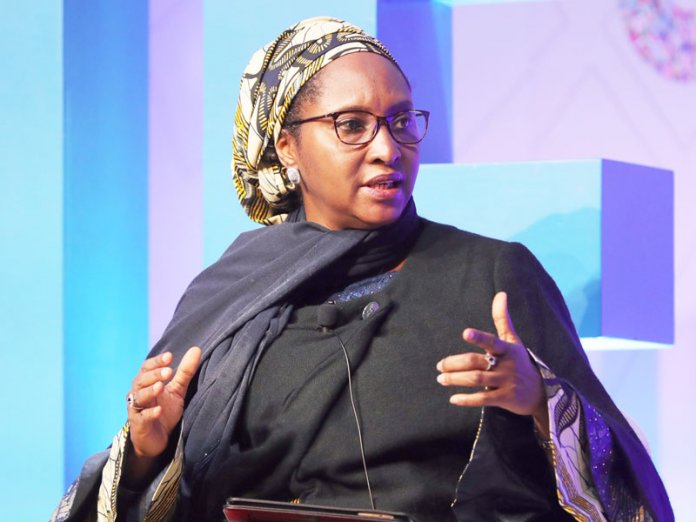 The federal government yesterday faulted a claim by Governor of Edo State, Mr. Godwin Obaseki, that it printed N60 billion to augment funds from the Federation Account Allocation Committee (FAAC) distributed to states and the Federal Capital Territory (FCT) in March.

Minister of Finance, Budget and National Planning, Mrs. Zainab Ahmed, at the end of a meeting of the Federal Executive Council (FEC) in Abuja, described the claim as not only untrue but unfortunate.

But Obaseki in a statement made available to THISDAY last night asked the federal government to stop playing the Ostrich and take urgent steps to end the prevailing fiscal slide.

Ahmed, however, allayed concerns about the nation’s current debt profile, which is 23 per cent of the Gross Domestic Product (GDP), saying it falls within the sustainable limit, despite the worries about the rising debt profile of the country.

Notwithstanding her assurance, the Lagos Chamber of Commerce and Industry (LCCI) expressed concerns over the sustainability of the federal government’s Medium Term Debt Management Strategy (MTDMS) for 2020 to 2023, which increased Nigeria’s debt-to-GDP threshold to enable the federal government to finance its budget deficit from borrowing.

Obaseki, at the Edo Transition Committee’s Stakeholders’ Engagement last Saturday, had said: “When we got FAAC for March, the federal government printed additional N50-N60 billion to top-up for us to share. This April, we will go to Abuja and share. By the end of this year, our total borrowings are going to be within N15-N16 trillion.”

However, answering reporters’ questions on the issue after the FEC meeting, the minister said what was shared among the states, which Obaseki was referring to, was internally generated revenue of the government, which was even made public through the website of the Finance Ministry.

She also allayed the fears of Obaseki over the debt portfolio of Nigeria, saying there is nothing to worry about as such debts fall within sustainable limit.

The minister, however, stressed the need for the federal government to improve its revenue-generating system for optimal result.

“On the issue of the borrowing, the Nigerian debt is still within sustainable limit.

What we need to do as I have said several times is to improve our revenue to enhance our capacity to service not only our debt but to service the needs of running the government on a day-to-day basis. So our debt currently at about 23% to GDP is at a very sustainable level if you look at all the reports that you see from multilateral institutions,” she stated.

Obaseki, however, practically stood his ground in a statement titled: Our advice is that we stop playing the Ostrich.

“While we do not want to join [take] issues with the Federal Ministry of Finance, we believe it is our duty to offer useful advice for the benefit of our country,” the governor said firmly, adding: “The Minister of Finance, Budget and National Planning, Mrs. Zainab Ahmed should rally Nigerians to stem the obvious fiscal slide facing our country.”

He said rather than play the Ostrich, the federal government should take urgent steps to end the current monetary rascality, so as to prevent the prevailing economic challenge from degenerating further.

“We believe it is imperative to approach the Nigerian project with all sense of responsibility and commitment and not play to the gallery because ultimately, time shall be the judge of us all.”

Despite Ahmed’s clarification, the LCCI yesterday expressed concerns over the sustainability of the federal government’s Medium Term Debt Management Strategy (MTDMS) for 2020 to 2023, which increased Nigeria’s debt-to-GDP threshold to enable the federal government to finance its budget deficit from borrowing.

The MTDMS, which was recently approved by President Muhammadu Buhari, increased Nigeria’s debt-to-GDP from 25 per cent to 40 per cent.

The chamber also predicted the likelihood of the Central Bank of Nigeria (CBN) returning to its core responsibility of price stability by increasing rates to tame the skyrocketing inflation in the country.

It also advised the federal government to jettison its proposed spending of $1.5 billion to revamp the Port Harcourt refinery, saying that it should be given to the private investors while the government retained a minority stake.

The President of the LCCI, Mrs. Toki Mabogunje, during the chamber’s quarterly review of the state of the economy in Lagos said the upward review of the MTDMS might portend serious medium-term fiscal sustainability risk, given the country’s persistent revenue challenges.

Mabogunje reiterated the chamber’s position that the debt-to-GDP ratio does not reflect underlying sustainability risks, particularly in developing economies like Nigeria where there is a weak correlation between GDP and public revenue.

She said: “While public debt stock accounted for some 22 per cent of (Nigeria’s) nominal GDP as at end-December 2020, below the 56 per cent threshold recommended by the World Bank and the International Monetary Fund for developing countries, official statistics point to Nigeria’s weak fiscal position with average debt-costs-to-revenue ratio settling at 59.4 per cent between 2015 and 2020. This portends serious medium-term fiscal sustainability risk, given the country’s persistent revenue challenge.”

She added that the sustainability risk of the new debt strategy is worsened by the fact that agriculture and distributive trade, which are the two largest contributors to the country’s GDP, “have no significant contribution to government’s revenue to support servicing of debt obligations.”

The chamber, however, acknowledged the federal government’s drive in boosting revenue mobilisation via the Strategic Revenue Growth Initiative (SRGI) and challenged state governments to be innovative about revenue generation.

“We note that majority of Nigeria’s debts are not linked to assets or specific projects. As such, it is critical to creating a national asset register, and have a coordinated mechanism in place for valuing and managing Nigerian assets. The government’s penchant for issuing new debt to redeem maturing ones is not an optimal debt management strategy. It is critically important to replace existing debts with asset-linked securities to reduce debt cost. This will ease the pressure of debt service on the budget,” Mabogunje said.

The LCCI also expressed concerns about the persistent increase in domestic prices as headline inflation further accelerated to 17.33 per cent in February 2021, the highest level since March 2017.

It added that the “current headline inflation almost doubles the CBN’s upper inflation target limit of nine per cent.”

It attributed the rising inflation to the lingering foreign exchange liquidity concerns, the pass through the effect of the exchange rate depreciation on imported raw materials and finished items elevated energy prices – PMS, diesel, upward adjustment of electricity tariff and cargo clearing challenges at the ports.

Mabogunje stated that the “continued uptick in inflation has profound implications for all stakeholders in the economy, including households, businesses, and investors. It weakens purchasing power and consequently worsens the poverty conditions; it escalates operating and production costs and erodes profit margins; and ultimately undermines investors’ confidence.”

Speaking during the press briefing, the Director-General of the LCCI, Dr. Muda Yusuf, said it was likely that the Monetary Policy Committee of the CBN might reduce the apex bank’s developmental finance activities and “increase rates to concentrate on price stability.”

The LCCI described the Federal Executive Council’s approval of $1.5 billion for the rehabilitation of the Port Harcourt refinery, with plans to revamp Warri and Kaduna refineries, as not economically and fiscally expedient given the fact that billions of dollars have been expended on turnaround maintenance over the years with no tangible results.

The chamber “believes the refineries should be concessioned to private investors with the government taking a minority stake. Such funds should be invested in critical infrastructural projects that would further stimulate economic development in the country.”