Time to Stop the Hate Campaign Against Diri 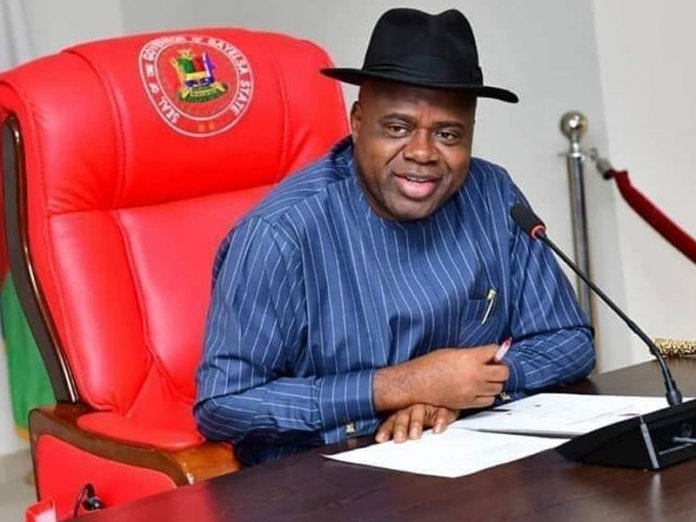 Benson Agadaga, Chief of Staff, Bayelsa State Government House sues for peace from political opponents of Governor Douye Diri and urges them to stop distracting him from the important job of providing good governance for the people

What began as simple measured steps in engagement with citizens in Bayelsa State, to develop awareness on how agriculture and its value chain could turn lives around, has spurred a scale of productive activities that the underlying ‘support system’ from our country’s apex bank has been tailored to achieve. It is good news to the development- and empowerment-oriented management of the Central Bank of Nigeria (CBN) that beneficiaries of its Anchor Borrowers Scheme in this state have performed satisfactorily as to necessitate further expansion of opportunities for citizens under the bank’s Accelerated Agricultural Development Scheme (AADS). It is also good news to the Government of Bayelsa State that lives are being appreciably transformed through well-targeted initiatives that it has consistently spotlighted.

CBN’s records, as presented by its Yenagoa Branch Controller, Mr. Francis Ene Asuquo, show that the output of poultry farmers who received N600 million has been remarkable, with a number of them now operating as suppliers of eggs to neighbouring states. Another set of 2000 beneficiaries received N2.2 billion, and their appraisal by the bank is positive. That the state government has been a focused facilitator, having effectively keyed into the Anchor Borrowers Scheme and into the AADS was applauded by its management team.

In testimonies of the CBN team during a courtesy visit to Governor Douye Diri of Bayelsa State, CBN’s Head of Development Finance, Mr. Stanley Oruyeigha, disclosed that a N3 billion agricultural loan of the bank is being managed directly by its own personnel and that Bayelsa State Government has no part to play in disbursement. According to him, N1.438 billion has been disbursed directly to 3,500 farmers, who had undergone appropriate screening.

He said: “There are no issues with the N3 billion agricultural loan to Bayelsa farmers. The first tranche of N1.5 billion was meant for infrastructure and that includes land clearing. No contract of N40 million was paid to anyone…. I want to emphasise that no money is missing nor was any money shared. The Accelerated Agricultural Development Scheme is already a success in the state and it is on course.”

Through policies, personnel appointment, resource channeling and lots more, Diri has practically proven that his administration is purpose-driven with the development of agriculture as a priority. He takes every opportunity to reiterate commitment to growth and development of that sector in the state, and providing support to farmers via profitable channels.

Despite the evident strides made to date, a handful of ill-intentioned individuals have tried to use the scheme as means of maligning the governor and discrediting the revolution that he is championing in the state. Absolutely unfounded allegations of fraud and money diversions found their way into the social media space recently. The misleading report was shockingly purveyed by someone, who as an appointee of the last administration, had access to legitimate sources, both within and outside the government to vet information and facts.

It is unbelievable that such baseless allegations, particularly aimed at key figures in the government, could be concocted and published. What’s more, the fellow threatened to sue anyone who dared to contradict him.

Challenged by men of conscience, using social media, too, the hack failed to initiate legal action against those who contradicted him. He was arrested and charged to court. As it turned out, he had no facts – and cut such a pathetic figure in the dock. He was remanded in prison, and resorted to sending emissaries to the offended parties, functionaries of the state government, for forgiveness.

Bible scholars among us will note that the parable of the wheat and the tares holds a dimension to our understanding of such mischief. Christ gave this parable immediately following the parable of the sower. Notice what He said:
“The kingdom of heaven is like a man who sowed good seed in his field; but while men slept, his enemy came and sowed tares among the wheat and went his way. But when the grain had sprouted and produced a crop, then the tares also appeared.

“‘So the servants of the owner came and said to him, ‘Sir, did you not sow good seed in your field? How then does it have tares?” He said to them, “An enemy has done this.” The servants said to him, “Do you want us then to go and gather them up?”

“‘But he said, “No, lest while you gather up the tares you also uproot the wheat with them. Let both grow together until the harvest, and at the time of harvest I will say to the reapers, ‘First gather together the tares and bind them in bundles to burn them, but gather the wheat into my barn.’” (Matthew 13:24-30).

Jesus told this story to point out that there are people in society and government whose mission and vision is calumny and blackmail. While there is wheat, there are also tares. We do not know who is who, necessarily, but the Bible teaches that “by their fruits, you shall know them.”

We always will have people who infiltrate our ranks, the Ananiases and Sapphiras and the Judas Iscariots—the satanic agents that undermine the good news of prosperity by the Diri administration. They can simply explore their privileged access to get clarification on any issue they are concerned about. Rather they use their access to the farm to sow tares. They choose a negative path and elect to allow themselves to be used as pawns by the detractors of good governance. Whenever he or his administration is faced with destructive criticism or below-the-belt punches, Governor Diri tells his aides, “Keep working, your results will silence them.” He has often called for collaboration from everyone both friends and foes to move Bayelsa forward.

Economic diversification and wealth creation for the state are of utmost importance to this administration in order to tap our potential in different sectors and not only relax on the benefits derivable from being an oil producing state. It is therefore expedient that all destructive criticisms and smear campaigns against a transparent government cease as it would only reduce the pace at which progress is made. Rather all and sundry should seek to engage the hand of fellowship always extended by the administration to help move the state forward. This whole pitiful attempt at defamation further strengthens the unwavering determination of this administration to succeed and make good on the mandate given to it by the good people of Bayelsa state.