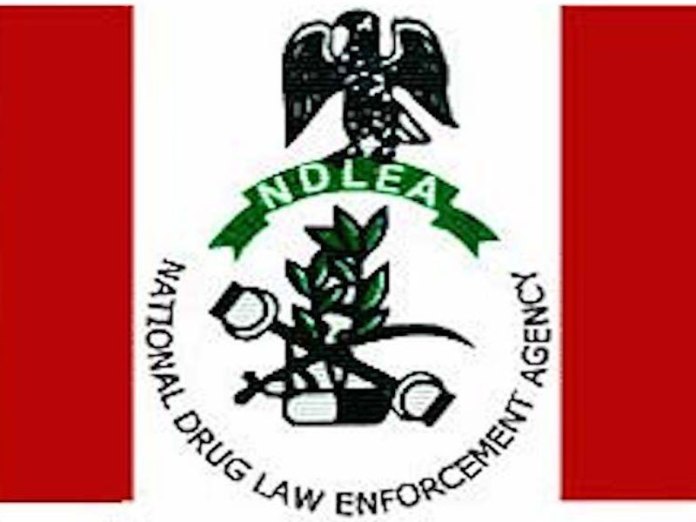 This is coming as the Chairman and Chief Executive Officer of the NDLEA, Brig. Gen. Buba Marwa (rtd), along with directors, men and officers at the national headquarters of the agency in Abuja were yesterday subjected to a surprise drug integrity test.

According to a statement issued by the Director, Media and Advocacy of NDLEA, Femi Babafemi, one of the suspects, Aniede Bright, was arrested on March 28, 2021, during the outward clearance of passengers on Air Maroc with 7.1 kg of methamphetamine carefully concealed in food spices and packed in a Swiss polo suit case.

He said the illicit substance with street value of over N2 billion was bound for Spain.

The Commander of Airport Command of the NDLEA, Ahmadu Garba, said: “Unarguably, the closure of borders occasioned by COVID-19 pandemic is responsible for the surge in the price of these drugs. For instance, the price of meth in Australia had increased from 200 dollars to 600 dollars per gram due to supply cut, hence the desperation by the traffickers and barons alike.”

In a related development, the Command also intercepted one Bamidele Adeyemo at SAHCO export shed of the airport with 800 grams of cannabis sativa, while operatives also seized 19.95 kilograms of green leaves suspected to be khat, cleverly concealed in foodstuff bound for Dubai in the United Arab Emirates.

Babafemi said in a follow up operation, one Asonye Christian was arrested in connection with 800 grams of cannabis, while investigations are ongoing with a view to establishing more leads and getting the owner of the khat leaves seized.

Marwa, while commending the men and officers of the MMIA Command for the arrests and seizures, said the agency remains committed to its new maxim of offensive action against the activities of drug barons and traffickers wherever they are across Nigeria.

Meanwhile, the NDLEA boss, Marwa, with other agency directors, men and officers at its national headquarters in Abuja were yesterday subjected to a surprise drug integrity test.

According to a statement issued by Babafemi, officials were taken unawares when upon resumption of duty, the gates to the headquarters office were ordered to be shut and everyone was asked to gather in batches at the conference hall where a team of medical doctors led by the Medical Director of Synapse Services, Dr. Vincent Udenze, a consultant in addiction psychiatry, was already assembled with their equipment for urine drug test.

Marwa said in a brief remark shortly before he took his own test that the impromptu test was necessary to ensure that charity begins at home.

He said: “We cannot be asking others to undergo drug test without submitting ourselves for the same. Coming out clean and negative gives us the moral authority to conduct test on others. The essence of also taking everyone by surprise and inviting external medical personnel to conduct the test is to further strengthen the validity of the exercise.”

Babafemi said the test results already released by the medical team showed that Marwa returned negative along with the Secretary to the agency, Shadrack Haruna, as well as other directors at the national headquarters of the NDLEA.