A Fresh Resolve to Win S’East for PDP 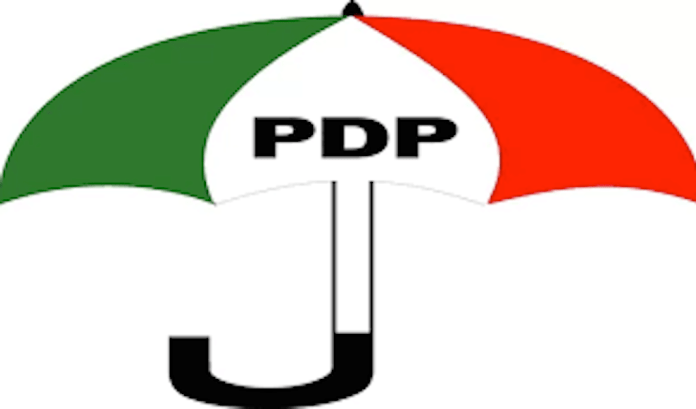 Recently, Chief Ali Odefa was elected as the National Vice Chairman, South-east of the Peoples Democratic Party. David-Chyddy Eleke writes that the election will boost his resolve to win the zone for the party

In November 2020, shortly after the Governor of Ebonyi State, David Umahi took the decision to leave the Peoples Democratic Party (PDP) for the All Progressives Congress (APC), the leadership of the PDP met and announced Chief Ali Odefa as the chairman of the party in the zone, on interim capacity. Chief Austin Umahi, younger brother of Governor Umahi had earlier been relieved of the position, immediately the older Umahi announced his defection.

For Odefa, his appointment as a replacement for the younger Umahi, though a thing of joy, did not come as a surprise as he had earlier, in 2014 vied for the position, but was denied. To say that he hit the ground running is not out of place as he already had a blueprint of where he desired to take the party many years before his appointment became a reality. He immediately settled down to work, visiting the five states of the zone, in the hope of finding out what needed to be fixed, and also proffering solutions to the problems in the party in various states of the South-east.

During such a visit to Anambra, Odefa stated strongly that he was not unaware that Anambra governorship election would be a test to his capacity to deliver the South-east to the PDP. He also stated most of the strategies he was employing to ensure that the party emerged victorious in the election, which comes up in November, 2021. He said, “The truth of the matter is that our opposition is a party that has been totally rejected by the Igbo people. I want to tell you that the ideology and manner of administration of the ruling party is not favourable to Ndigbo. So, the Igbo can’t wait for the opportunity of election so that they can state this clearly, and that is the advantage I have.

“The states that the APC has in the South-east were taken from the backdoor. Imo State was clearly won by the PDP. They went to the courts, through one manipulation or the other, they took Imo State. Ebonyi State is clearly a PDP state. But due to one flimsy excuse or the other, but I believe it is selfish interest; the man (Umahi) defected to the APC. But I want to tell you that we are not shaken by these loses. We are not discouraged. We have gone back to the drawing board to make sure that we recover all we lost. We will start with Anambra State. We will take Ebonyi back. Enugu is PDP. Abia is PDP.”

Maybe, counting on his impressive performance within just months of taking over the leadership of PDP in the zone, the bigwigs of the party in the zone have decided to give him the task of leading the zone for a four year term. Two weeks ago, Odefa was elected as the substantive National Vice Chairman of the party in the zone. This will give him the chance of proving that he can walk his talk, starting from November this year, when Anambra will elect a new governor, to 2023, when other states will also do same. This singular gesture may further embolden his resolve to ensure that the party takes over the South-east in 2023.

An elated Odefa who addressed leaders of the party after his election pledged to put the party interest first, and urged other party leaders to support him in the task. “At this same venue, five years ago I aspired for this position. At this very place where I was humiliated and dehumanized, the Lord has made it possible. I do not take your support for granted, and I am very happy for all those who aspired to occupy this position. Together with me and my colleagues, we pledge to put party interest first, and we shall always provide a level playing field for all. I appreciate the leader of the party, Governor Ugwuanyi of Enugu State he is an export material and in time to come you will know what we mean by that.”

For Odefa, it was not a time to make long speeches, but a time to start work and ensure that lost grounds are regained. He told THISDAY in an interview what he was doing to make PDP stronger, and the resolve to use Anambra as a test case to win the South east. He said, “I cannot begin now to tell you our strategies. If I disclose our strategies, our opposition will learn them and fashion out ways to counter them. But I want to tell you that we are working; we are meeting people, we are talking to people. We are reconciling people with differences; we are reaching out to the people who have left the party in anger. We are doing all of these and I can assure you that the PDP will come out stronger.”

“As for Anambra, I am convinced 100 percent of victory. Anambra people are tired and fed up with the ruling All Progressives Grand Alliance (APGA). They are fed up with the lacklustre performance of the government of APGA in Anambra State. Nothing is working. So, the people are fed up. They are looking forward to us to come in and make things better in Anambra State. So, I am 100 per cent assured that with all the things we have in line, we will definitely win the governorship of Anambra State come 2021 election.”

On recovering Ebonyi State, he said, “It is not leaving a party and going to another party; it is not a shouting match. We are not in a shouting match with them (Ebonyi government). They are shouting. They are making noise. We are on the table, we are drawing, we are planning, we are putting things together and we are arranging. At the fullness of time, they will see the result of all this effort and it will shock them.”

The support he has received so far from leaders of the party in the zone will boost his performance. When the Ebonyi State born politician was elected in Enugu, it was a wonder to all who knew the divisive tendencies of the PDP as all its leaders came together and elected him, pledging to give him their support to succeed. In Anambra, where factionalization of the party has remained for years, it was a surprise to some of the leaders, how Odefa was able to drag some of them to the venue, as party leaders who had long maintained a docile disposition came together. The roll call of political heavyweights include; The Deputy Governor of Abia State, Rt. Hon. Ude Oko Chukwu, the PDP National Organising Secretary, Col. Austin Akobundu, the National Youth Leader, Rt. Hon. Sunday Udeh-Okoye, former Governors of Ebonyi, Anambra and Imo states, Senator Sam Egwu, Peter Obi and Rt. Hon. Emeka Ihedioha respectively, National and State Assembly members from the zone, Barr. Olisa Metu, Chief (Mrs.) Josephine Anenih, Chief Chris Uba, and other esteemed leaders of the party in the zone, including the new returnee in Anambra State, Hon. Tony Nwoye.

Already, the peace which has come with Odefa’s election has become noticeable by all. Former Vice President and presidential candidate of the party, Alhaji Atiku Abubakar in a message, congratulated Odefa and also urged other zones of the party to take a cue from the South-east zone to ensure that unity and oneness is returned to the party. Atiku said, “Ali Odefa, while steer the affairs of the PDP in the South-east zone. As caretaker Chairman, he demonstrated candour, courage and capacity to lead our party to a total takeover of the zone. I urge other zones of our party to be united and emulate what the South-east has done,” Atiku admonished.

His appointment as a replacement for the younger Umahi, though a thing of joy, did not come as a surprise as he had earlier, in 2014 vied for the position, but was denied. To say that he hit the ground running is not out of place as he already had a blueprint of where he desired to take the party many years before his appointment became a reality. He immediately settled down to work, visiting the five states of the zone, in the hope of finding out what needed to be fixed, and also proffering solutions to the problems in the party in various states of the South-east. During such a visit to Anambra, Odefa stated strongly that he was not unaware that Anambra governorship election would be a test to his capacity to deliver the South-east to the PDP

No decision yet on zoning of 2023 presidency, says PDP

Nigeria to ship cashew nuts worth $7bn to US