…As Senate berates NERC over 13% performance 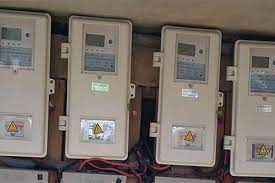 Out of the N59.2billion earmarked for the National Mass Metering Project by the Federal Government, the Central Bank of Nigeria (CBN) has so far releases the sum of N33.2billion to electricity Distribution Companies (DISCOs) in the country, it has been learnt.

The Chairman of the Nigerian Electricity Regulatory Commission (NERC), Engineer Sanusi Garba, disclosed this during an interactive session between the Senate Committee on Power, NERC officials and representatives of the DisCos, in Abuja on Thursday.

Garba said that the project which is targeted at one million unmetered houses across the country and billed for execution between October 2020 and April 2021, has only attained 13 per cent implementation as at 19th of March 2021.

Garba said: “While N403,000 out of the targeted one million meters, have been delivered to the various DISCOs, only 127,000 have been installed, representing 13 per cent performance.”

He however, attributed the poor performance to delay in disbursement of funds, the chunk of which he said was made available to the DISCOs in February this year.

“Target performance duration for the project which is phase one, entailing metering of one million houses across the country in reducing the metering deficit of 6.5 million, is six months, that is from October 2020 to April 2021.

“Though out of the N59.2 billion earmarked for the project, N33.4 billion has been released to the various DISCOs by the Central Bank of Nigeria but disbursement of the releases were very slow which resulted in many of them, accessing the fund in February.

“This largely contributed to the poor performance percentage by the DisCos for now, on the National Mass Metering project.

“But with the chunk of the funds available to the DisCos now, the implementation performance index will rise astronomically within the next few weeks,” Garba added.

Members of the Committee however expressed dismay over the 13 per cent performance of the NERC on Mass Metering Project in the country despite N33.4 billion already released to DisCos by the CBN.

Apparently not impressed by the performance report reeled out by the NERC Chairman, members of the committee chaired by Senator Gabriel Suswam (Benue North East), took turns to berate the Commission and the DisCos for their poor performance.

Suswam in his remarks said that based on the 13 per cent performance recorded so far, the essence of the intervention made by the Federal Government with the N59.2billion loan may not be achieved.

He said: “Your performance report on the Mass Metering Project is not impressive and encouraging at all.

“Nigerians are not happy that with all effort being made by the Federal Government to get electricity consumers metered, is being thwarted in one way or the other.

“Estimated billing is not acceptable and that is the reason why the intervention was made.

“In the light of this, this Commitee will want your Commission and the DisCos to appear before it again by the end of next month to see whether the assurance given on better performance will be done or not,” he said.

Other members of the Committee including Senators Abubakar Kyari, Yusuf Abubakar Yusuf, Kola Balogun, etc, scored the commission and the DisCos very low on their performance.

However, the Chairman of NERC, Garba, assured the Committee of better performance in the coming weeks.

“All comments made are well noted and will gear us up for increased performance,” he said.

NNPC generates N2.197tr from petrol sales in one year