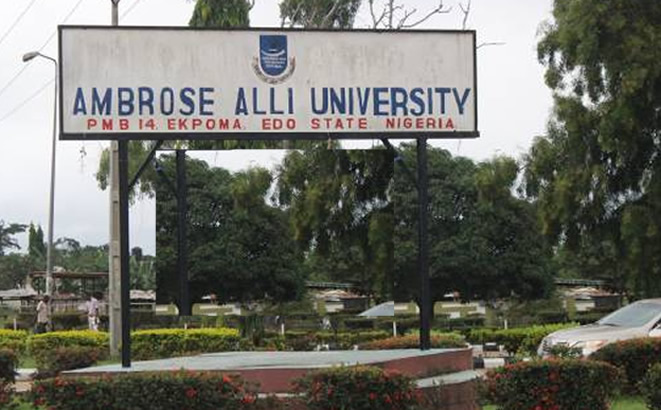 The Congress of University Academics, Ambrose Alli University, Ekpoma, Edo State, has disassociated itself from the proposed strike by the Academic Staff Union of Universities in the institution.

The university’s chapter of ASUU had last Tuesday said it would embark on strike from the midnight of today (Thursday) upon the conclusion of the ongoing examinations.

However, a statement issued by Chairman and Secretary of CONUA, Iyawe Hanson and Nwoke Ernest, respectively, and made available to newsmen in Benin on Wednesday, said an industrial action at this point in time was insensitive to the plight of students, whose parents managed to pay their fees.

The statement read in part, “As a stakeholder in the affairs of the Ambrose Alli University, Ekpoma, it has come to the knowledge of the Congress of University Academics, AAU chapter, vide a circulating resolution of its emergency congress of March 21, 2021 as released by a sister union, the Academic Staff Union of Universities, directing her members to proceed on an indefinite strike from the midnight of Thursday, March 25, 2021, as a rude surprise.

“The union is also not oblivious of the several letters written by this same ASUU leadership to Governor Godwin Obaseki to address the financial problems of the institution.

“The governor, in his wisdom and in a meeting, demanded that ASUU constitutes a seven-man special visitation panel headed by Omoruyi with given terms of reference.”

“CONUA is aware that the government is now in receipt of the panel’s report and is undergoing processing to enable a white paper release and subsequent convention of all stakeholders to meet on April 30 to chart a pathway for the Ambrose Alli University.

“Students are advised to remain committed to their lectures and exams that will certainly continue. We call on all lovers of the Ambrose Alli University to protect those who want to work and save the institution as we are aware that a syndicate has been formed to enforce this very unpopular strike.”

Abia alleges influx of armed youths ahead of Saturday poll

NSA: IPOB Must Not Test Our Will to Guarantee Peaceful Poll in Anambra