Buhari, Others Express Outrage over Suspected Herdsmen’s Attack on Ortom 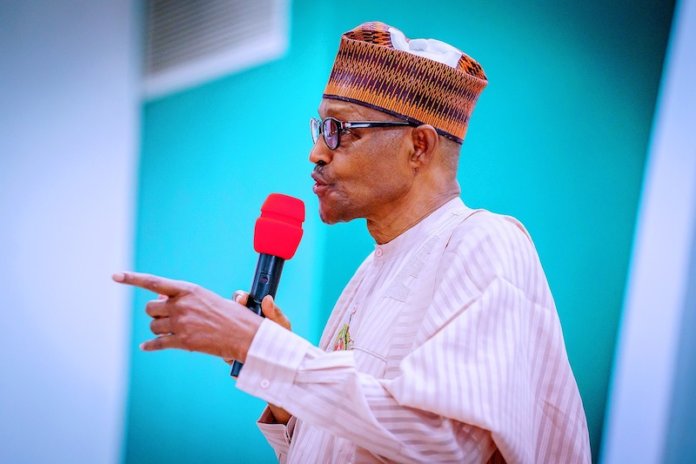 President Muhammadu Buhari yesterday condemned Saturday’s attack on Benue State Governor, Dr. Samuel Ortom, and welcomed the decision of the Inspector-General of Police, Mr. Mohammed Adamu, to unveil those behind the assassination bid with the aim of bringing them to book.
The bid to kill the governor, by gunmen suspected to be herdsmen, drew more outrage yesterday as the Nigeria Governors’ Forum (NGF), the umbrella body of the 36 state governors, Northern governors, Ortom’s colleagues in the Peoples Democratic Party (PDP) and a former President of the Senate, Senator David Mark, expressed shock over the incident.

Adamu yesterday deployed a special squad in Benue State to assist the state police command to investigate the incident at Tyo Mu along Makurdi/Gboko road, less than 20 kilometres from the state capital, Makurdi, while returning from his farm.
Adamu, who ordered an investigation into the attack, directed the Benue State Police Command to strengthen the security around the governor and the entire state.
According to the Press Secretary to the Governor, Mr. Terver Akase, the suspected herdsmen opened gunfire on the governor but he escaped unhurt.

“Let there be an open and transparent investigation and whoever is linked to it should be caught and be made to face the law,” the president said.
He welcomed the dispatch of a team of crack investigators to the state from the Police headquarters in Abuja to unmask the attackers, urging the officers to uncover the suspects and bring them to justice.
Buhari sympathised with Ortom and all Benue indigenes, and cautioned against politicising the incident.
He reiterated that an attack on one Nigerian is an attack on all Nigerians.

Also condemning the attack, NGF charged security agencies to unmask the identities of those behind the attack.
They said evil would not be allowed to triumph over good in Benue State and in Nigeria.
In a statement yesterday by the NGF Chairman and Ekiti State Governor, Dr. Kayode Fayemi, the governors said: “The news of the broad daylight attempt to cut short the life of the Governor of Benue State, Dr. Samuel Ortom, is shocking and a rude awakening. The Nigeria Governors Forum empathises with the governor and the people of Benue State on this sad, cowardly, and wicked plan and vehemently condemns the act in its entirety.”

The forum said all hands must be on deck to uncover the identities of those involved in the heinous crime, pointing out that it was only recently that the brother of one of the former governors of the state was mowed down in cold blood. “This dishonourable and shameful act of resorting to violence, for whatever reason, to eliminate citizens of Benue State by brutal means, must not continue,” it said.
In a separate statement, Northern governors described the attack on Ortom as a disturbing development, which must be thoroughly investigated.

Chairman of the forum and Plateau State Governor, Mr. Simon Lalong, in a statement yesterday, said the attack was yet another daring attempt by criminals to cause mayhem not only in Benue State but in the nation.
While praising the security details of Ortom for repelling the attack and securing the governor and members of his entourage, the forum said security agencies must probe the incident and fish out those behind the attack and their sponsors.

According to it, all stakeholders must unite to tame the degeneration of security that threatens the corporate existence of the nation.
It assured Ortom and the people of Benue State of continued engagement and support for security agencies in their duty of securing the region and the nation.

In his reaction, Mark warned the federal government against pushing Nigerians to resort to self-help.
Mark, in statement by his media adviser, Mr. Paul Mumeh, charged security operatives to live up to the challenge of securing lives and property.

He said: “If our government and security operatives can no longer guarantee peoples’ safety in their homes, farms or places of business, I am worried that the situation may compel citizens to resort to self-help. That is the situation we cannot contemplate and must not be allowed to happen because the consequences would be catastrophic.”
He called on the federal government and all the security agencies to come to terms with the painful reality of the unabating insecurity in the land and resolve to end it.

He said the deteriorating security situation had become scandalous and made Nigeria a subject of ridicule before other nations.
He stated that if a state governor can be so brazenly attacked, then the criminals are capable of doing anything to the ordinary citizens.
“Benue people are receptive and accommodating but this should not be misconstrued or mistaken for weakness; enough of this malady,” Mark said.

In their reaction, PDP governors warned that ‘enough is enough’ of the insecurity in the country.
The PDP Governors’ Forum charged security agencies to investigate the attack and fish out the culprits.
In a statement by its Chairman and Sokoto State Governor, Hon. Aminu Tambuwal, the PDP governors warned that any attempt to harm any Nigerian will be viewed by the forum as an attempt on its members.

It said: “We believe strongly that any dispute or perceived dispute should be and must be resolved amicably without resort to violence. Nigeria is not a Banana Republic, even though certain retrogressive elements and centrifugal forces are trying to consign Nigeria into a failed state.”

However, the PDP governors said every Nigerian deserves equal protection of the law.
“Nigeria is still a democracy and a nation of laws and not men. Nobody, or group, however, highly placed should take the laws into their hands, even though some highly placed federal government ministers seem to have surrendered to the nefarious activities of miscreants and mischief makers, bent on destabilising the nation.
“Self-help is an invitation to anarchy and must be nipped in the bud,” the PDP governors said.
The PDP governors called on the security agencies to investigate the matter swiftly.

The All Progressives Congress (APC) condemned the attack in a statement by the National Secretary of its Caretaker/Extraordinary Convention Planning Committee, Senator John Akpanudoedehe, yesterday, saying the ruling party has confidence in the security agencies to unravel the criminals behind it.

It said: “We thank God for his safety and praise the dutiful security details for repelling the attack. We are confident our security services will do everything to unravel the criminals behind the attack and bring them to book.”
It called on Nigerians to collaborate to end all forms of criminality.
The ruling party noted a crime is a crime and should not be politicised in any way.

Meanwhile, the Inspector-General of Police, Mr. Mohammed Adamu, has ordered an investigation into the attack on Ortom.
He directed the Benue State Police Command to beef up security around the governor.
A statement by Force Public Relations Officer and Commissioner of Police (CP), Mr. Frank Mba, said the IG ordered investigations into the circumstances surrounding the attack on the governor.

The IG, who condemned the attack, also directed the Benue State Police Command to strengthen security around the governor and the entire state.

“The IG has also specifically directed the CP to carry out painstaking investigations into the incident and ensure the arrest and prosecution of persons indicted in the course of the investigations,” it said.

To ensure a speedy, and thorough investigation, the statement said: “The IG ordered the immediate deployment of a team of specialised investigators from the Force Criminal Investigations Department (FCID), Abuja to Benue State to provide additional investigative support to the Benue State Police Command.”

While calling for calm, the IG assured the people of Benue State and the country that the police will strive to stabilise the security situation in the country.
Adamu also promised to continue to work with stakeholders to advance the fight against violent crimes and other criminal activities nationwide.

The Benue State Commissioner for Police, Mr. Audu Madaki, yesterday condemned the attack on the governor and his entourage and commended the officers for repelling the attackers.
Madaki, in a statement by the command’s Public Relations Officer (PRO), Deputy Superintendent of Police (DSP), Mr. Sewuese Anene, said the police would fish out the attackers.

Makinde, 10 Other Govs Yet to Take COVID-19 Vaccine